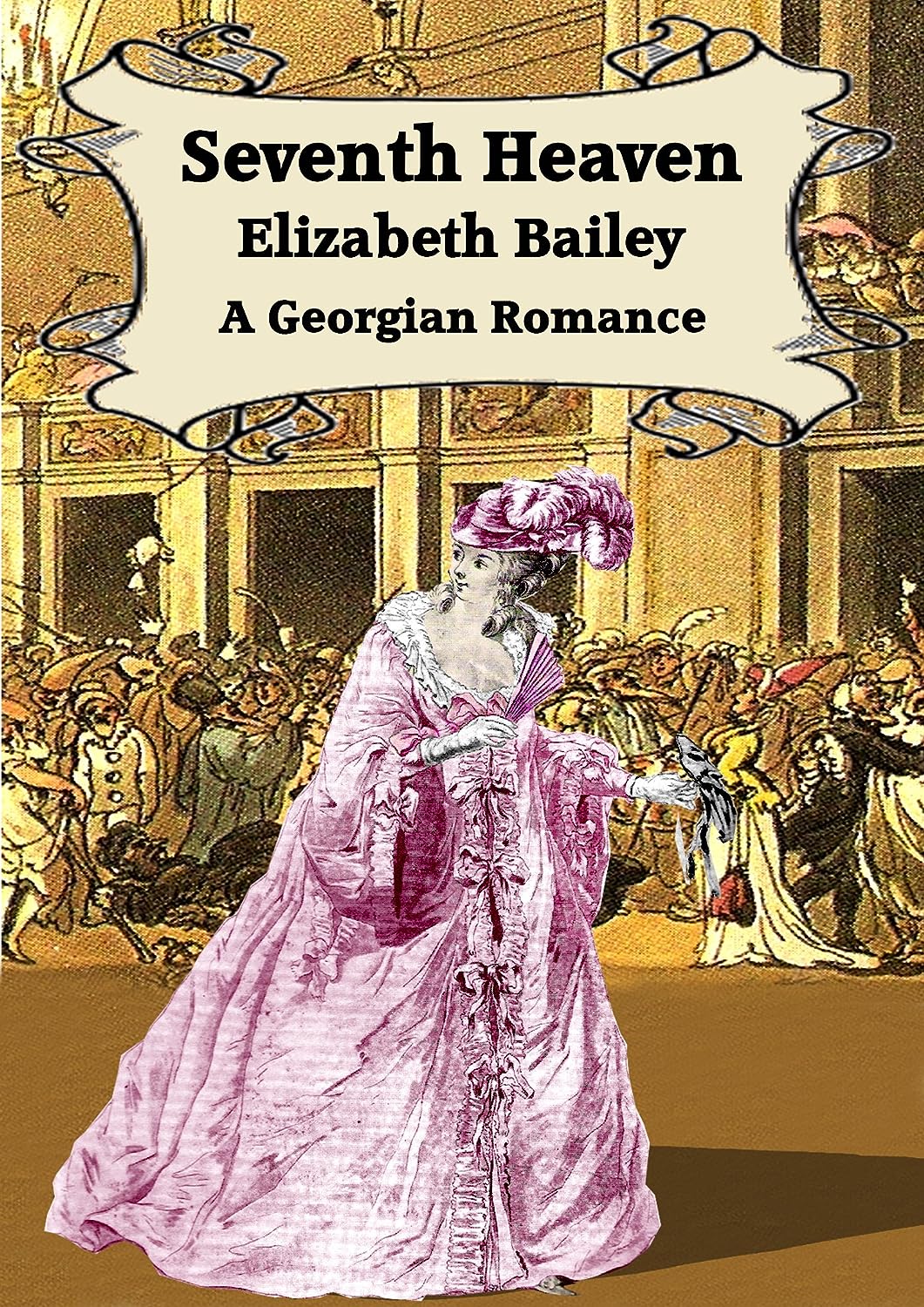 Septimus Berowne, poet, does not expect to succumb to the charms of wealthy Lady Louisa Shittlehope, although his brothers are eager to court her. Hampered by the shocking Berowne reputation, Septimus struggles to stop Louisa embroiling herself in his family’s affairs and keep her safe from his dissolute brother Quintus.

But the tribulations of the Berowne girls capture Louisa’s warm heart and she cannot help but interfere. Quintus strikes, involving Louisa and the Berownes in a madcap chase to rescue her love-struck ward. Will they be in time? Can Louisa brave Society’s disapproval to snatch at the promise of happiness?

What Inspired You to Write Your Book?
Septimus sprang full-blown into my head and I took it from there.

How Did You Come up With Your Characters?
With Septimus as the hero’s name, the idea of his having siblings all named for numbers in Latin appeared and I used it. Louisa had to have a ridiculous surname too. Somehow when I have the names of the characters they seem to come alive for me.

Book Sample
Standing at the entrance to the glade, leaning negligently against the hedge, and heedless of staining his elegant salmon-coloured frock-coat, one foot crossed over the other to support his weight, and scribbling with a pencil in a pocketbook, was Septimus Berowne.
‘Oh, it’s you,’ she said foolishly, feeling unaccountably flustered as he looked up. ‘What are you doing here?’
The poet smiled. ‘Writing verse. What else?’

‘About me?’ Louisa asked, surprised.

‘You look so charmingly there that I was instantly inspired.’ He glanced at his pocketbook. ‘Do you care to hear it?’ And without waiting for a reply, he began to recite:

‘In sylvan glade upon a swing embowered

‘Yes, I thought it rather suited you,’ said the poet. ‘Besides, I mean to go on to compare your habit of blue with the blue of your eyes, and I can do with the rhyme.’

‘Well, you couldn’t expect me to addle my brain with Shittlehope. That would be quite unreasonable.’

‘Pray don’t addle your brain with anything concerning me,’ begged Louisa.

‘Mind you,’ mused Septimus, unheeding, ‘it would be a challenge. Let me see now; rope, Pope, cope, mope.’ He struck his forehead. ‘Aha! Mope. Listen:

‘Upon the swing she sits to mope That melancholy Shittlehope.’

‘You abominable creature!’ cried Louisa, breaking into laughter. ‘Let me tell you I am neither melancholy nor moping.’

‘Ah, but are you Shittlehoping?’ riposted Septimus, quick as a flash.

Louisa giggled. ‘How can you? My poor Mr Shittlehope must be turning in his grave.’

Septimus grinned. ‘You see my difficulty, then? I think we had better confine ourselves to Loulou and be thankful.’

‘You may confine yourself to some other female, I thank you, Septimus Berowne, poet, and leave me quite out of your fatuous doggerel.’
‘Doggerel?’
‘Yes, doggerel, if that sample is anything to go by.’

Septimus opened his mouth and flung his hands in the air, and then paused, scratching his head and setting on his hip the hand which held his pocketbook.

In a musing tone he said, ‘Now would it better become me to rail against her heartless criticism, or should I march away in a dudgeon?’
As he paused, staring into her face with a look of profound concentration, as if he seriously considered the question, Louisa’s eyes began to dance.

‘Neither. You must draw yourself up, put away your pocketbook in a marked manner, and inform me that I shall eat my words.’
Septimus looked struck. ‘You are a positive mine of brilliant ideas, Loulou. Like this?’

And to Louisa’s deep delight he drew himself up with a haughty expression, flourished his pocketbook, carefully replaced it in an inner recess of his coat, and then spoke in a tone of bitter hurt.

‘Madam, you shall eat those words ’ere long, I promise you. And may they taste of wormwood and gall.’

‘Excellent,’ Louisa cried, clapping her hands. ‘What a pity you did not choose the stage instead of poetry.’

The poet’s pose collapsed and he shook a fist. ‘And those words may well choke you, Loulou the cruel!’

A crow of mirth escaped her, and without thought she let go the ropes of the swing and held out her hands to him.

‘Cry friends, poet. I will engage not to say another word until I have thoroughly studied what you have written.’

He came forward at once and grasped both hands, encased in their blue kid gloves, pulling her up from the swing, his eyes smiling into hers.
‘A generous concession, Loulou.’

As he drew her close Louisa became aware of an odd warmth sweeping through her body.

Author Bio:
I grew up in Africa on a diet of unconventional parents, theatre and Georgette Heyer. Eventually I went into acting and trod the boards in England until the writing bug got me, when I changed to teaching and directing while penning historical romances and women’s fiction. My 8 year apprenticeship ended with publication by Mills & Boon, for whom I wrote 18 historicals. Latterly I’ve had two historical mysteries published by Berkley (Penguin US) and I’m hoping to release more Lady Fan novels soon. Meanwhile, it’s wonderful to be able to return to my first love and put out new and old releases in ebook.