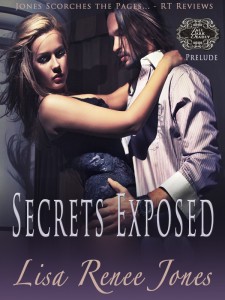 Her enemy is her passion, her passion is her enemy…
Lindsey Paxton was once the number one defense attorney in New York. She fought for those who were innocent, but charged. Her instincts were her lifeline, never failing her, as they guided her in her choices of who to defend. Or so she thought. Until she won a case she would forever wish to have lost. Her client, an accused rapist, kills and rapes a woman only a day after being set free. Destroyed by her role in the woman’s death, Lindsey blames her father’s controlling ways for what she has become, and runs from her career and life. Years later – the past becomes the present . . . Her father has cancer, and Lindsey is forced to leave her career with the Washington branch of the FBI. She finds herself facing the responsibility of running her father’s law firm with the reluctant help of hotshot attorney Mark Reeves, a man who sparks her temper while also managing to tempt her heart, while setting her body on fire! With his help she finds herself fighting the emotional battles of the past, tempted to trust both him and her instincts. Now, faced with a case inherited from her father so similar to her career-ending one, she now must decide if her instincts will lead her down the path to saving an innocent man or setting free another killer. But while she fights her own battles, someone watches, wanting from the past what he had failed to get the first time . . . Lindsey.

Booklist says: Jones’ suspense truly sizzles with an energy similar to FBI tales with a paranormal twist by Julie Garwood or Suzanne Brockmann. Alpha, military, and paranormal romance readers will want Jones’ entire series. (About the Zodius Series — Storm that is Sterling)

In 2003, award winning author Lisa Renee Jones sold her Austin, Texas based multi-state staffing agency and has since published over thirty novels and novellas across several genres. Her staffing agency LRJ Staffing was recognized many times by The Austin Business Journal and also praised by Dallas Women Magazine. In 1998 LRJ was listed as the #7 growing women owned business in Entrepreneur Magazine.

Her debuts with Blaze and Nocturne hit Bookscan’s Top 100 list and her Blaze Hotzone trilogy made a showing on the list in 2011 also. With a new Blaze trilogy, a short story for Spice, the third book in her Zodius series published with Sourcebooks, as well as an rapidly growing indie following, 2012 will bring many new stories to her readers.