You are here: Home / Bargains and Freebies / Bargain Books Under $3 / Seals of Summer by Cora Seton @SEALsofSummer

TEN SEALS. TEN STORIES THAT WILL TAKE YOUR BREATH AWAY.

IT TAKES A SEAL, An Adventure Girls, Inc. story by USA Today Bestselling author Delilah Devlin: A travel agent visiting friends in the Bahamas is stranded on a desert island with a sexy ex-SEAL after their private pleasure cruise is interrupted by men who mistake her lover for a reclusive billionaire.

SEAL OF MY HEART by New York Times and USA Today Bestselling author Sharon Hamilton: Kate Morgan’s engagement is at risk the instant she sets eyes on the handsome elite warrior sitting next to her on a plane trip to visit her sister. Navy SEAL Tyler Gray had thought he knew what he wanted in life, until he meets Kate and their obvious attraction for each other sparks something deep in his soul.

SMOKING HOT by National Bestselling Author Anne Marsh: When an ambush kills his teammate, Navy SEAL Tye Callahan vows to spend the summer in Strong, California, fighting fires with the smoke jumper team and looking out for Katie Lawson, his teammate’s fiancée. Now, as the summer heats up, they must decide if the chemistry burning between them might just be their second chance at living their own lives… together.

THE NAVY SEAL’s E-MAIL ORDER BRIDE by National Bestselling author Cora Seton: If Mason Hall, Navy SEAL, can’t find a wife and get her pregnant–and convince his three brothers to marry, too–before the year is up, he’ll have to forfeit the ranch his family has prized for over a hundred years. Who knew one city girl and three wayward brothers could put up such a fight?

FALL OUT by National Bestselling author Zoe York: Drew Castle is a Navy SEAL with a bad case of indifference. Until Annie Martin shows up on his doorstep, scared out of her mind, and all of a sudden, keeping her safe becomes the most important mission of his life. And this time, he’s on his own.

KILLING HONOR by International Bestselling author S.M. Butler: Returning home after a disastrous extended deployment, Navy SEAL Brody Battles struggles with nightmares and government secrets building a wall between him and his wife, Devyn, especially when a security breach compromises his identity. While they’re adjusting to being a family again, an old enemy waits in the shadows, salivating for the sweet taste of revenge.

COMING IN HOT by Award-winning author Kimberley Troutte: For Navy SEAL Mack Riley, rescuing a family in Colombian jungles isn’t as hard as seeing the admiral’s daughter again, but since Jenna is joining the hostage rescue team, his orders are to protect her. In the heat of battle, love breaches their defenses just as missiles lock onto their coordinates …can they save the family and get out alive?

A SEAL’s SONG by Golden Heart Finalist author Jennifer Lowery: Navy SEAL Jack Taggart’s plans to catch some much-needed downtime between deployments are demolished when he risks everything to rescue beautiful wedding singer, Darci O’Shea, from a band of thieves. Will the battle between their inner demons be the hardest one to fight, or will they find rescue in each other’s arms? 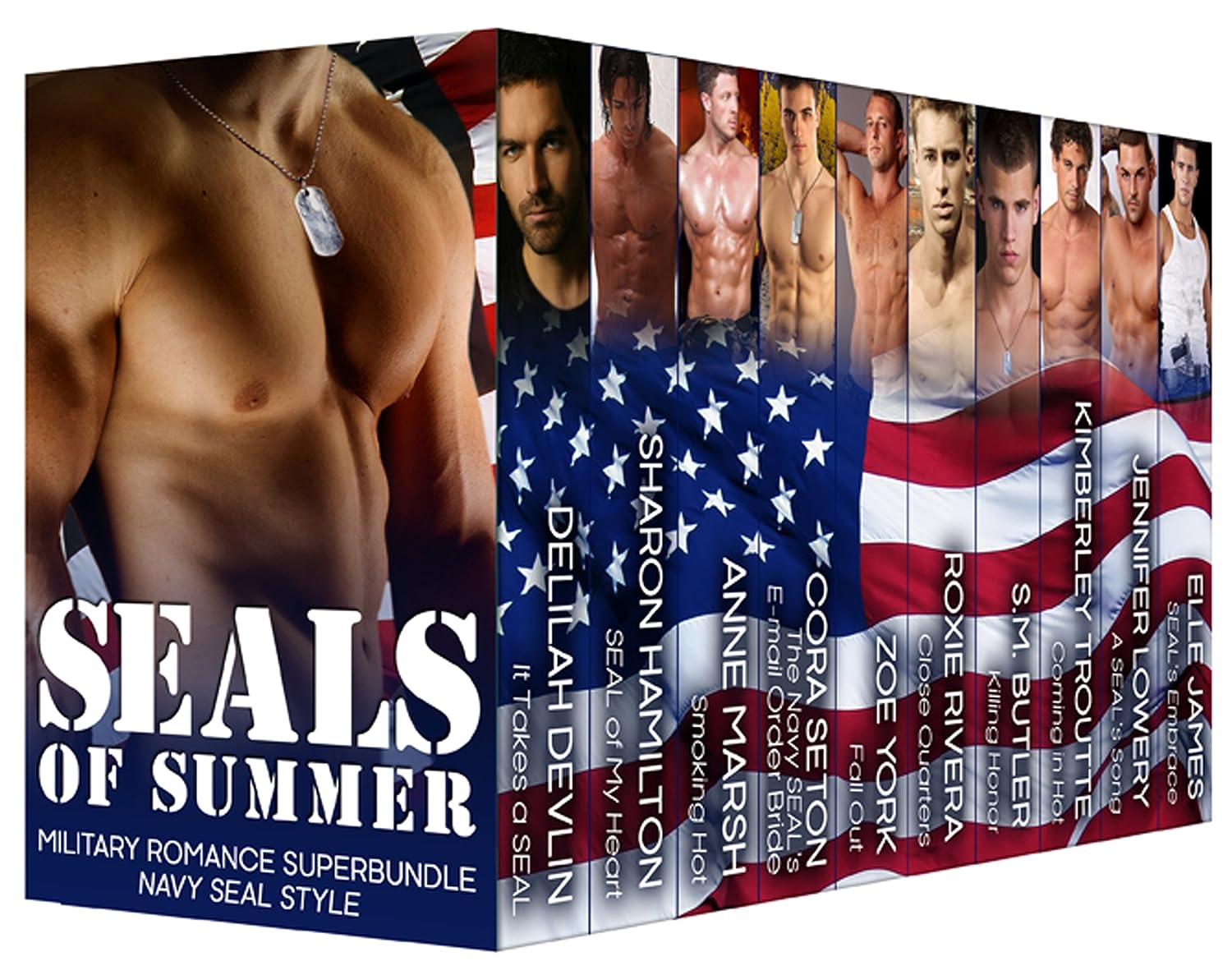