SERIES DESCRIPTION:
In the center of Long Island’s wasteland, overseen by a powerful corporation known as Arc Properties, is GAMELAND, a virtual reality arcade where the privileged play a high-stakes game using zombies as avatars. For the poor, the action televised on state-controlled Media is horrifying, yet powerfully addictive.

On a whim, six computer hackers decide to sneak onto the island, hoping to catch a glimpse of the uncontrolled Infecteds, victims of an outbreak that took place there a decade earlier. But while breaking in is a lot easier than any of them could have ever imagined, getting back out is a killer.

EPISODE 1: Deep Into the Game
Zpocalypto gamer Jessica Daniels and her gang of code jackers break into Long Island’s Gameland hoping to catch a glimpse of the Infected Undead. The addition of a stranger to their fold raises tensions within the group. After a terrible accident nearly takes the life of one of their members, emotions run dangerously high. Finding the abandoned wasteland unlike anything they ever expected, their excitement turns to dread as the dangers become all too clear.

EPISODE 2: Failsafe
Jessie and Kelly clash after one of their group gets stranded among the Infected Undead, forcing Kelly to make a rash decision which will ultimately deliver them into the hands of those who would turn them all into mindless players in The Game.

EPISODE 3: Deadman’s Switch
Unable to escape from Long Island because of the failsafe device implanted inside their brains, the group digs in until they can devise a way to neutralize it. Jessie is anointed as their leader despite Jake’s claims that she is unfit. A final desperate attempt is made to leave, setting into motion a sequence of events that will result in one of them dead, another infected, and all of them running for their lives.

EPISODE 4: Sunder the Hollow Ones
A mutiny in the group splits the members, leaving Jessie out in the cold. As she continues to struggle to fulfill her promise to bring everyone safely home, a chance encounter with one of Gameland’s residents dredges up deeply buried memories, leaving her feeling haunted and doubtful about her future.

EPISODE 5: Prometheus Wept
After one member of their group is infected, Jessie makes a decision to hand over another to a mysterious group of Undead sympathizers in exchange for a promised antidote. But will she be able to collect the medicine and return before it’s too late? Will the medicine work? And will she be able to get them all back home again?

EPISODE 6: Kingdom of Players
Armed with a potential antiserum to the reanimation virus, Jessica races back to Gameland to save her infected friend. Waylaid along the way, she must fight for her life to save another. Will she make it back in time? Or will her friend die and return as one of the Undead?

EPISODE 7: Tag, You’re Dead
Torn between rescuing Ashley from the homicidal Ben and staying with Jake, who’s been infected, Jessie, Kelly and Reggie must carefully plan their next move. But Reggie falls ill and the Undead break into their stronghold. Soon they’re fighting for their lives in a battle that will lead all of the group to their darkest hour.

EPISODE 8: Jacker’s Code
The shocking conclusion to the high-tech horror thriller, GAMELAND.
Determined to do whatever is necessary to get home, Jessie and the others must face some of the most difficult decisions of their lives. But the world is a very different place from the one they left behind. Some monsters don’t live behind walls. 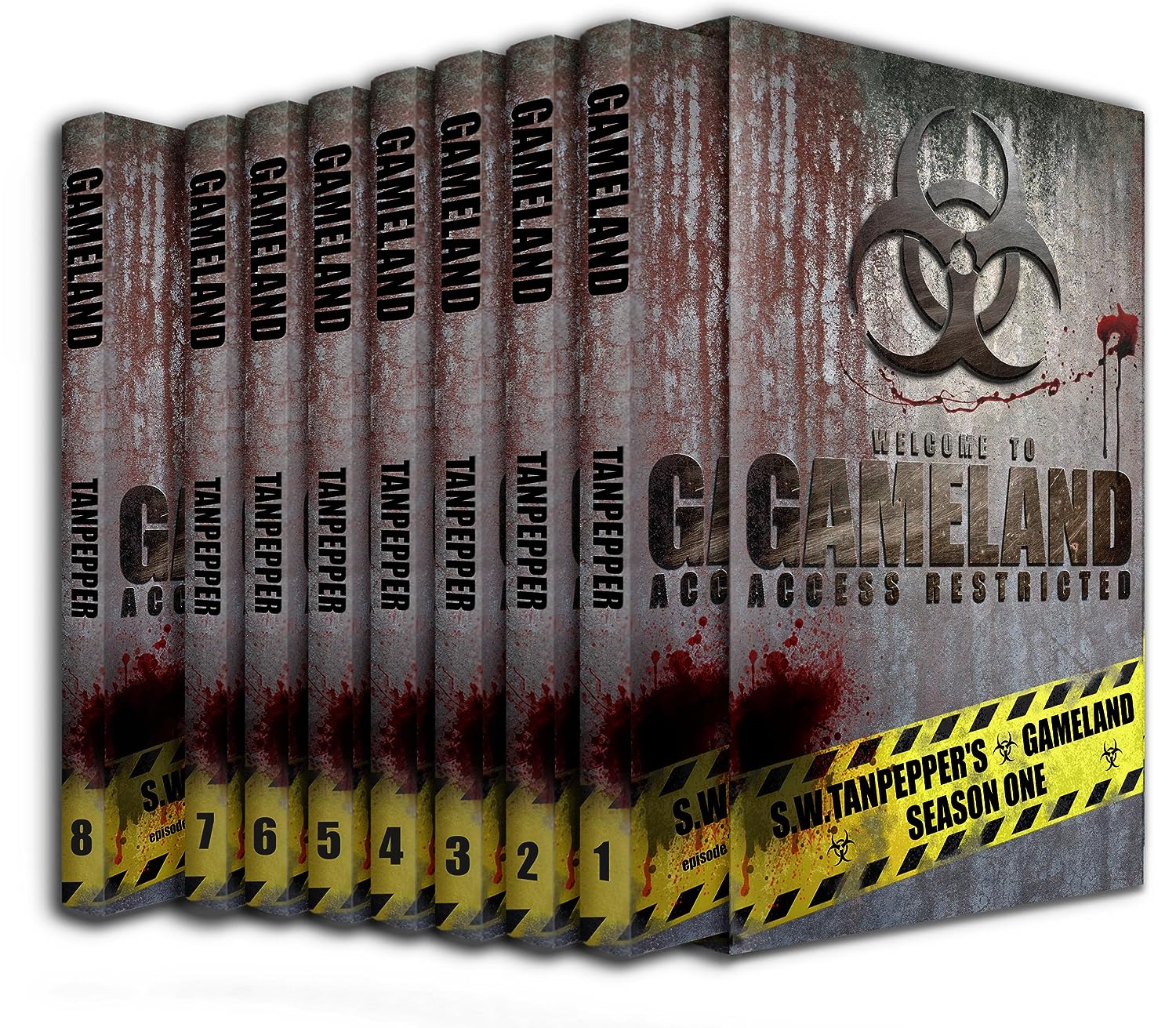 How is Writing In Your Genre Different from Others?
I have a unique background ranging from military, biomedical research and high tech. I employ each of these in my writing, combining them in new ways to throw light on new world scenarios.

What Advice Would You Give Aspiring Writers?
Keep writing. And get as many eyes on your work as possible before you hit publish.

What Inspired You to Write Your Book?
Both high tech and biomedical advances are advancing at a breath-taking pace. We’re becoming more more connected, while also becoming more isolated. Add global instability and our increasing distration with entertainment and these conditions create a perfect storm for dystopian twenty first century. GAMELAND throws a band of hackers into a world where biomedicine and bioweaponry are synonymous with computer gaming. But in order to survive in this new world, they’ll need old world skills.

About the Author:
Saul writes in several speculative fiction genres, including horror, cyberpunk, biopunk, and straight science fiction. A former Army medic and trauma specialist, he earned a PhD in molecular biology and genetics; his works are heavily informed by these past experiences.

Saul spent his formative years in a century-old house overlooking the Erie Canal in Upstate New York. He shared an attic room with all manner of creatures, not all, he is convinced, flesh and blood.

After several years spent overseas and working his way to executive positions in biotech, he returned to his true passion of storytelling.

He now writes full time from his home in the San Francisco Bay Area. He continues to be haunted by a variety of creatures, including a wife, kids, three dogs, three cats, twenty chickens, a wayward rooster, and one very grumpy possum. They are all flesh and blood.

Except for the possum, which he’s sure is the reincarnated spirit of Jack Torrance.

Subscribe to be notified of new releases and exclusive deals at tinyletter.com/SWTanpepper