You are here: Home / Bargains and Freebies / Bargain Books Under $3 / Rocket Man by William Hazelgrove

Rocket Man is a very funny and poignant comment on our times, when an upside down middle class is barely hanging onto the American dream. Taking cues from the calamity of The Great Recession, we meet Dale Hammer, a man who is determined to find meaning in a landscape of suburban homogeneity, looking for the moment he had with his own father when they blasted off a rocket on a wintery evening. He feels his son slipping away as he tries to get around “the silent shame of fathers and sons.” He becomes the Rocket Man for his sons scout troop and immediately his life implodes. Accused of cutting down the subdivision sign to his neighborhood, he becomes the lone rebel, going down in a flaming arc. When Rocket Day comes, Dale is determined to give his son more than his father gave him. 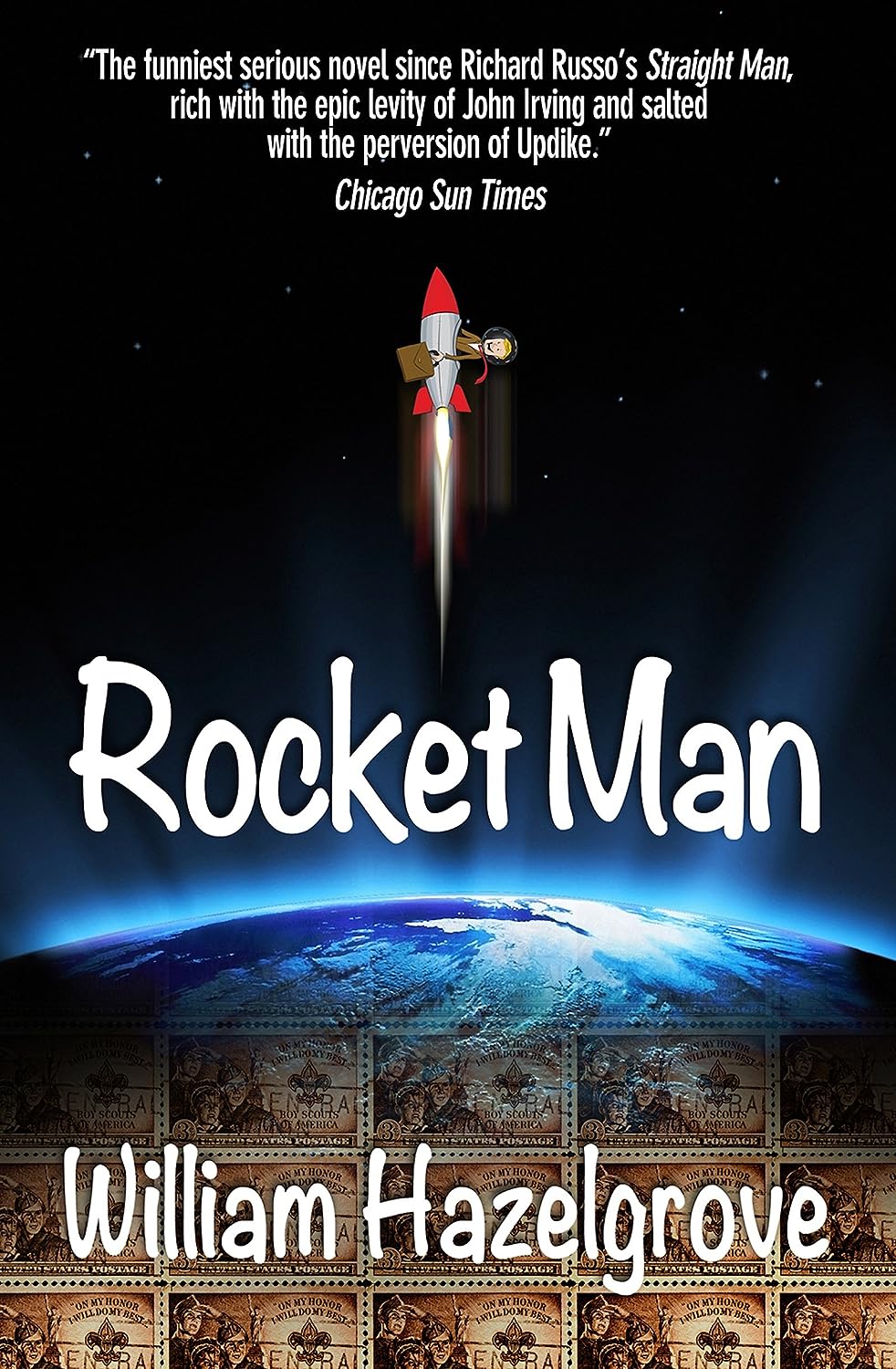 How is Writing In Your Genre Different from Others?
Satiric and literary

What Advice Would You Give Aspiring Writers?
Never give up.

What Inspired You to Write Your Book?
I saw what was happening around me in my neighborhood. Nobody was making it and I began to question the American Dream.

About the Author:
William Elliott Hazelgrove is the best-selling author of five novels, Ripples, Tobacco Sticks, Mica Highways, Rocket Man and the Pitcher. His books have received starred reviews in Publisher Weekly, Book of the Month Selections, Junior Library Guild Selections, ALA Editors Choice Awards and optioned for the movies. He was the Ernest Hemingway Writer in Residence where he wrote in the attic of Ernest Hemingway’s birthplace. He has written articles and reviews for USA Today and other publications. He has been the subject of interviews in NPR’s All Things Considered along with features in The New York Times, LA Times, Chicago Tribune, Chicago Sun Times, Richmond Times Dispatch, USA Today, People, Channel 11, NBC, WBEZ, WGN. His most recent novel, The Pitcher is a Junior Library Guild Selection and was chosen Book of the Year by Books and Authors. net. His next book Jackpine will be out Spring 2014 with Koehler Books. A follow up novel Real Santa will be out fall of 2014.