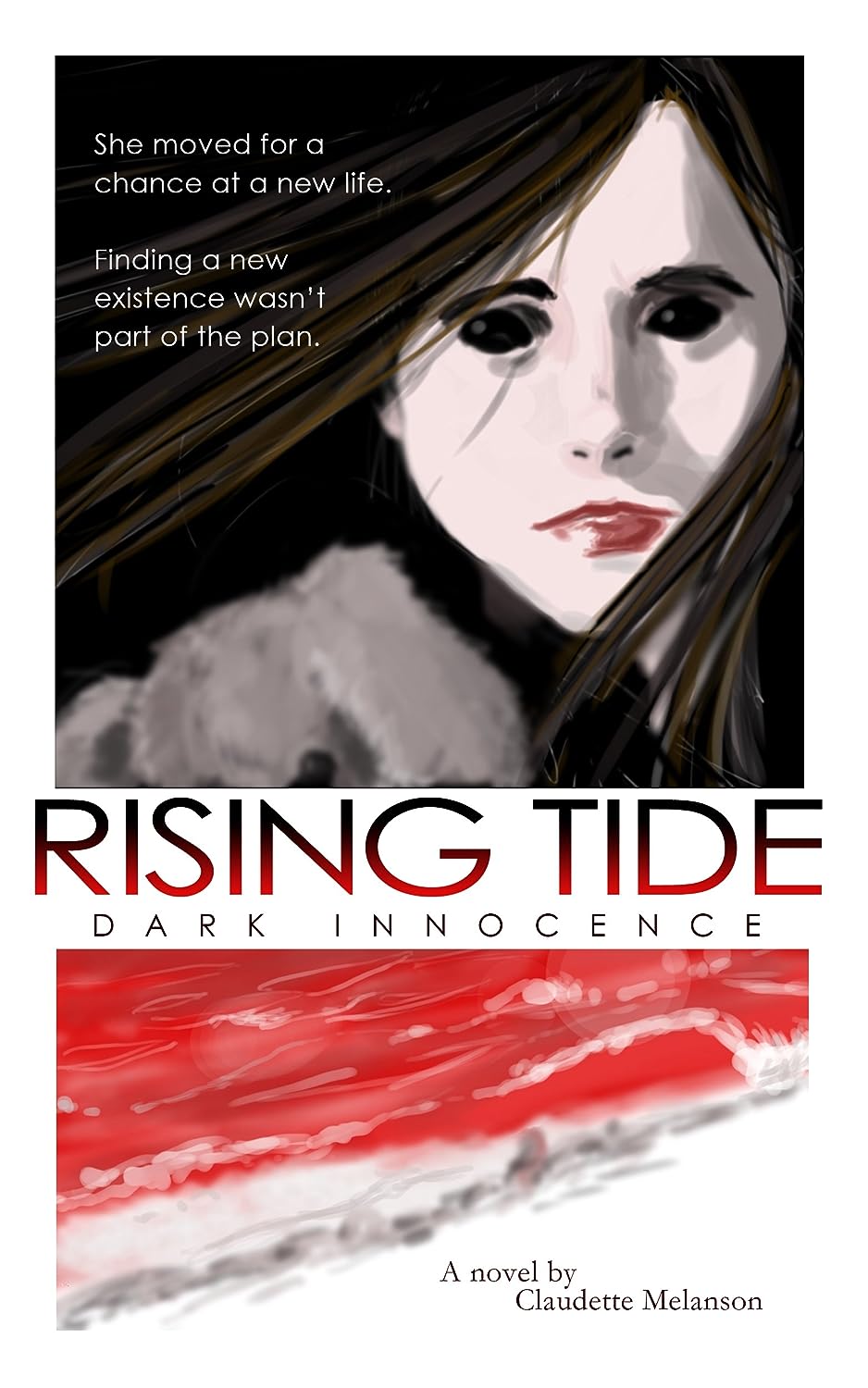 CHOSEN AS ONE OF 400 FOR THE SECOND ROUND OF THE AMAZON BREAKTHROUGH NOVEL AWARD FOR 2014!!!
ARE YOU A FAN OF VAMPIRE ROMANCE?

Rising Tide will sink it’s teeth into you, keeping you awake into the wee hours of the night

Maura’s life just can’t get any worse…or can it?

Isolated and sheltered by her lonely mother, Maura’s never been the best at making friends. Unusually pale with a disease-like aversion to the sun, she seems to drive her classmates away, but why?

Even her own father deserted her, and her mother, before Maura was born. Bizarre physical changes her mother seems hell bent on ignoring, drive Maura to fear for her own life. And her luck just seems to get worse.

Life is about to become even more bewildering when her mother’s abrupt…and unexplained…decision to move a country away sets off a chain of events that will change Maura forever. A cruel prank turned deadly, the discovery of love and friendship….and its loss, as well as a web of her own mother’s lies, become obstacles in Maura’s desperate search for a truth she was never prepared to uncover

What Inspired You to Write Your Book?
I dreamed about this character for years. Her story gradually came together in my head over a decade or so. Plus, I’ve always been a huge vampire fan!

How Did You Come up With Your Characters?
Some are based on people I’ve known in real life. But some I dream about or they just kind of meander into my mind.

Book Sample
“Let me go!!” I didn’t speak, but roared at him. I slid my arm forward through his grasp to push his chest and throw him backward. In that moment I was infuriated. Angry beyond reason. Even though I knew down deep he hadn’t meant any harm, I was incensed that he had brought me outside against my will, worrying Ron and Merina. Some part of me, as if looking at the moment from outside my body, was horrified that I wanted to actually hurt him. But that part of me was small and powerless to stop what happened next.

I gnashed my teeth together, so hard it hurt, with the force of my rage. I realized a second later the pain stemmed from my lower lip, into which I’d sunk my left canine. The rich taste of blood flowed over my tongue, doubling the anger exploding through my head and branching down into my chest.

The coppery scent of blood hung thick in the air, as well. I realized I’d shoved the boy so hard, he’d cracked his head against the stone walkway at the back of the house. The right side of his head bore an ugly gash, at least three inches long. Typical of most head wounds, it was bleeding profusely, the boy left unconscious. Instead of reacting with horror, as I should have, my stomach cramped sharply with insatiable hunger, once again.
I felt horrified then, but only with myself. I wanted to consume…to consume him! I’d never wanted to eat so badly before….ever. My thoughts, not borne of my own will, turned from the food in the kitchen. My mind rejected it, like some auto-pilot impulse. I found my eyes pulled, by animal instinct, to the boy lying on the ground. My stomach flip-flopped with desire when I watched the blood slide onto the ground beneath his head.
If anyone had asked me to explain what I felt I’d ask them to imagine being hungry. As hungry as they’ve ever been in their life. As if they hadn’t eaten for days. As if their favorite dish was laid out before their starving body, tempting every sense in their body, uncontrollably.
This was how I felt as my eyes fixated on his seeping wound. My brain pulsed, flexing like a muscle and sending a memory burning through my head. It was a picture of that night in the shower, when my own blood had flowed into my mouth from an injury hauntingly similar to his. I recalled the perfectly satisfying flavor, the ravenous way it had twisted my stomach, before the shock of what I’d been doing had taken over.
There was no shock strong enough to stop me now. Just a greedy, driving impulse, pounding through every cell. I was hungry and I wanted beyond all wants, to eat. A red film pervaded my eyes, turning the world crimson. My pulse screamed inside my head, exiling all other sound. And the boy’s blood called to me, drawing me down to my knees on the ground beside him.

About the Author:
Claudette Melanson lives in Guelph, Ontario, with her husband Ron and four bun babies: Tegan, Pepper, Butters & Beckett. She was born in Bristol, Tennessee and graduated from Indiana University of Pennsylvania with a BA in English and an MA in Literature. Vampires have been a passion since age five. She hopes to one day work full time as an author, since there are many, many books living inside her head.In her spare time she enjoys watching Japanese Anime and reading vampire stories….along with other great fiction. She is also very interested in good health and is an advocate of Ketogenic eating, using whole and natural foods. Future dreams include writing many more books, spending more time with her son, Jacob and sister, Susie. She hopes to take them and her nieces Maggie, Sadie and Sophie to Disneyworld with the proceeds from the first novel. A Rabbit Rescue fanatic, she also hopes to help rescues all over the world save many innocent lives.