You are here: Home / Fiction / Paranormal / Rising Dark by A. D. Koboah @adkoboah 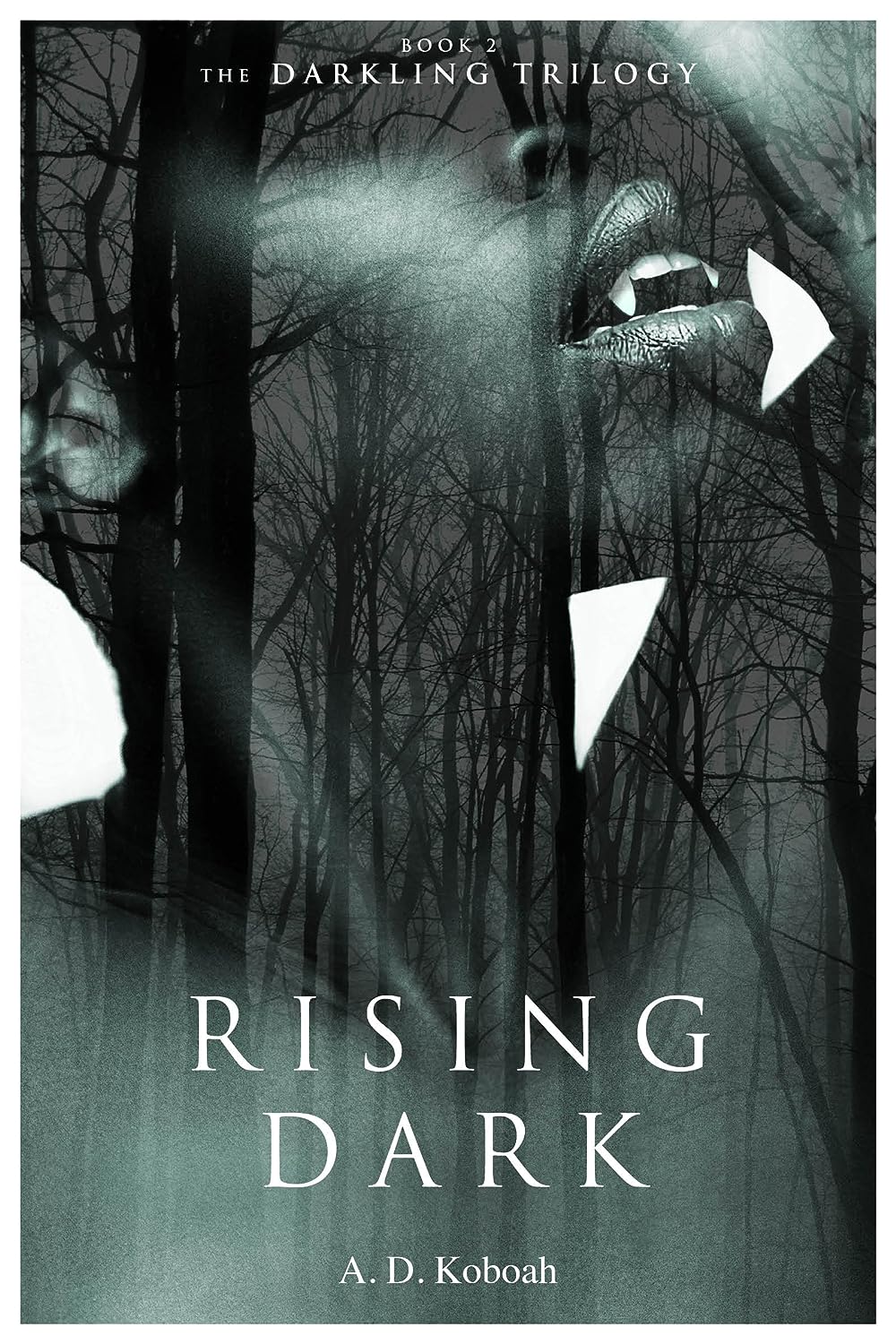 When the newly married Reverend Avery Wentworth embarks on a journey to the Americas to begin a new life, he foresees only joy ahead of him. But along with the shocking evils prevalent in a world of slavery, he comes against a much older, darker evil that steals his soul and turns him into a creature of the night. Cut off from humanity, he wanders through a wilderness of despair. A nameless, faceless creature forced to exist in the shadows, his only hope for salvation is the vision of a beautiful Negro and three words: “Wait for me.”

Rising Dark is the long awaited sequel to Dark Genesis and takes us from London 1757 to present day America in a love story that defies, time, death and the all-too-human flaws inherent in mortals and immortals alike.

What Inspired You to Write Your Book?
My debut novel Dark Genesis was inspired by my thoughts on dehumanisation. I was fascinated by the ways in which people are able to dehumanise others, the impact it has on the psyche and whether it is possible for people to find their way back from being dehumanised. This led me to Luna and the ruins of a haunted chapel deep in the heart of Mississippi.

How Did You Come up With Your Characters?
In most of the novels and films about vampires that are out at the moment, being a vampire is seen as something desirable. But I have always thought that being made into a vampire is something that would isolate you from the rest of society – effectively dehumanising you. That is what I had in mind when I started thinking about my vampire novel and I envisioned this vampire who has been alone for decades and has all but forgotten who he is. I asked myself what kind of a heroine would be able to understand this vampire, let alone fall in love with him? Only a young woman who has also been dehumanised by society: A slave called Luna.

I landed silently on the roof of the cathedral in a crouch. The city stretched before me, the buildings clustered together like broken tombstones beneath a night that sat huddled over London like an assassin lying in wait.

Normally my near-indestructible body did not feel the extremes of heat or cold, but tonight I felt everything. I felt the bitter sting of the cruel wind lashing at my face and hands. I also felt the phantom throb of the dagger wound in my left shoulder, although it had healed long before I reached the cathedral. Binding it all with a barbwire kiss was the pain of my loss, which threatened to rend my mind and soul to pieces.

At last I found what I was searching for: a lithe figure on a rooftop in the distance, her profile stark and forlorn against the indigo night sky. She stood with her back to me, looking down on the street below her with an air of tense expectation, a sword dangling casually from her right hand.

Blinding hatred flared within me like the heart of a shooting star as she turned and regarded me for a brief moment. Then she fled, disappearing in midstride as she leapt from one rooftop to the next. She soon melted into the night.

She ran but knew I would follow, and when I did, I would leave behind the Avery I had spent years learning to become once more. That Avery had shunned the seductive lure of death and destruction for the faint light of humanity that had lain dormant for many years in a wilderness of desolation. Tonight I would once more succumb to the demon within and could only hope that, with her death, my humanity would not be lost forever.

I straightened, the sword in my hand glinting in the moonlight.

Visualising myself on a roof a few streets away, I drew the dark energy to me until I was weightless and everything around me dissolved. Seconds later, I burst out of the nothingness, my feet striking the roof I had envisioned in my mind. I was there for less than a second before I disappeared into the ether again.

I was soon close enough to see her ahead of me, leaping, sometimes somersaulting in mid-air before she landed on one of the rooftops. If anyone chanced to glance upward, all they would see would be shadows seeming to dip and dive, for we were moving far too fast for the naked eye to perceive.

She disappeared once more and I followed.

“Run, Luna,” I hissed, knowing she could hear me over the distance, the wind, and the clamour of life from the streets below. “Run. I will follow, and when I catch you, one of us will not live to see another sunrise.”

I sped on, slowly closing the distance between us and death.

About the Author:
I am of Ghanaian descent and spent the first few years of my life in Ghana before moving to London which is where I have lived ever since. I completed an English Literature degree in 2000, and although I have always written in my spare time, I didn’t start writing full-time until a few years ago. My debut novel Dark Genesis was inspired by my thoughts on dehumanisation. I was fascinated by the ways in which people are able to dehumanise others, the impact it has on the psyche and whether it is possible for people to find their way back from being dehumanised. This led me to Luna and the ruins of a haunted chapel deep in the heart of Mississippi.