You are here: Home / Bargains and Freebies / Bargain Books Under $3 / Republican Punk by Jason Price

Jack Turner lives a content life as a devoted family man and small-business owner. That is, until the day he confronts a politician at a staged rally. When footage of the encounter goes viral, the self-described “everyday, hard-workin’ American” becomes an unlikely celebrity.

Traveling in a used Winnebago with his family and close friends, Jack leads a national movement to save America from the fat cats and bureaucrats—one city at a time. His overnight fame attracts the attention of wealthy Republican Party financiers; and his popular cross-country tour soon explodes into a full-fledged campaign for the Party’s nomination.

But Jack’s resolve is tested when rumors surface of an internal coup. As tensions rise, and his poll numbers fall, he realizes his greatest threat isn’t a single candidate but the Party itself—a powerful enemy who will stop at nothing to ensure his defeat. 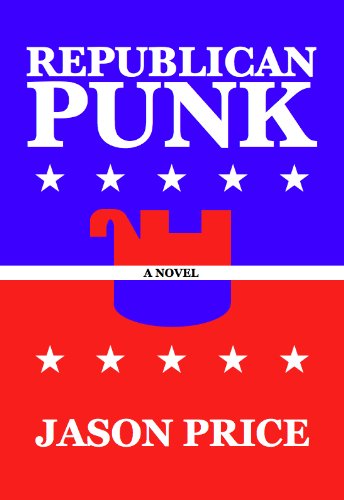 How is Writing In Your Genre Different from Others?
There’s a stigma attached to political fiction. Readers, I suppose, are worried they will be preached at.

What Advice Would You Give Aspiring Writers?
Write, write, and then write more. No excuses. Enjoy the process; the reader will notice.

What Inspired You to Write Your Book?
Bookshelves are lacking in political fiction. The books available usually lean left in political ideology. I wanted to write a book that was critical of both political parties.

About the Author:
At the age of 19, Jason won the Houston Young Playwrights Exchange and his play Strike Zone was performed at the prestigious Alley Theatre in Houston, TX.

Three years later, his play Days Like This was selected by Pulitzer Prize-winning playwright Edward Albee and performed at Stages Repertory Theatre.

Discouraged by the lack of political fiction on bookshelves, Jason set out to write the story he always wanted to read. The result was his passion project, Republican Punk, a novel that combines the acerbic wit of Hunter S. Thompson with the bittersweet sentiment of The Wonder Years.

Jason graduated from the University of Houston with a Master’s degree in Public Relations.
Republican Punk is his first novel.