You are here: Home / Fiction / Fantasy / Reflections of Blue by Abbey K. Bowen 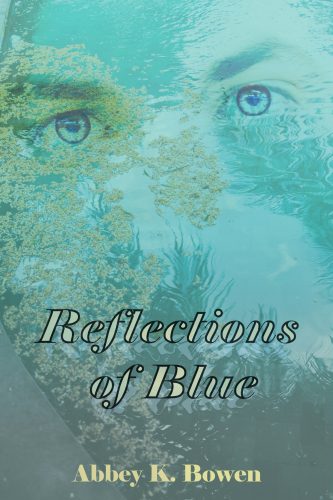 After a summer like no other spent at her uncle’s farmhouse, Seraphine is given instructions to enter an alternate world filled with new friends, love, betrayal, never-ending life, and perpetual suffering.

Seraphine, a teenager from a poor family, is sent away for the summer to live on her uncle’s strawberry farm. She’s been shipped off like this before, but this time is different. She is pleasantly surprised when she walks into the previously dark-lit farmhouse to find Janusz (or “Jonesy,” as she later calls him), an immigrant from Poland who allegedly came to work on the farm. His bright personality instantly illuminates the house, but his frail body leads Sera to question his presence there. Not wanting to anger her short-tempered uncle, however, she does not initially make any inquiries on the matter. Instead, she attempts to exist as Uncle Ford prefers—neither seen nor heard as much as possible. But when it becomes clear that Jonesy actually cares to spend time with her, the two of them become fast friends as they bond over “breakfast picnics” and watching the sunrise.

Throughout the next few months, Sera sees Jonesy’s body deteriorating and her uncle’s demeanor changing for the worse. She also continues receiving hints—mostly in the form of stern, hushed conversations—about Jonesy’s mysterious illness, the nature of his relationship with Uncle Ford, and the secret place he was before arriving at the farm.

Eventually, when she realizes it is no longer in Jonesy’s best interest to stay with her uncle, she enlists the help of her parents to get him removed from the farmhouse. As expected, Uncle Ford is less than happy when he learns of Jonesy’s disappearance, and he takes out his frustrations by drinking heavily and physically abusing Sera.

After enduring numerous beatings and assaults, Sera confides in a family friend, Kailas, who was sent by her mom and dad to ensure her well-being after Jonesy successfully escapes. Unfortunately, similar to her parents, Kailas is strapped for cash and cannot provide Sera with safety under her roof. But she gifts a set of instructions that will allow Sera to escape into what she initially believes is a deep meditative state. However, Sera soon realizes she has actually been given access to an alternate reality she never dreamed existed . . .

What Inspired You to Write Your Book?
Since I was a kid, I've had very wild and vivid dreams. This book series stemmed from just one of them. I have a detailed post about that on my blog.

How Did You Come up With Your Characters?
In a weird way, they kind of wrote themselves. I didn't find it hard to come up with any of the characters. He or she just popped up and organically fit into the storyline.