You are here: Home / Bargains and Freebies / Kindle Unlimited eBooks / Real Dad/Step Dad: Lessons Taught and Learned upon Inheriting a Pile of Children by Jared Wynn 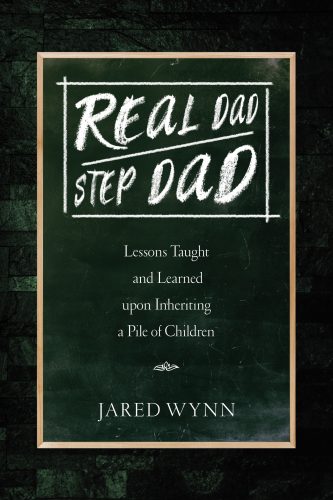 It all happened so fast. I met the woman who would become my wife, then I met her kids, and then I met their dad. And then I got yoinked into a pointless, cold war-style confrontation with the guy as he pulled every dirty trick imaginable to remove me from their lives.

This book is a collection of lessons I both learned and taught on my way to becoming a stepdad, including:

What Inspired You to Write Your Book?
I started teaching my step kids a series of weekly lessons on critical thinking skills, as a means of bonding with and helping them adjust to my new presence in their lives. I ran out of lesson topics after a couple months and started looking for books on step parenting as I needed more ideas for activities and techniques for step parents. And that's when I realized that not many such books exist! What inspired me to write this book was the dearth of similar books on Amazon.

Book Sample
“Hey, guys?” I interrupted their conversation. “Instead of saying hurtful words, why don’t you try using some fun ones instead, like shit, or fuck?”

I’d never encouraged children to use swear words before, so I had no idea how to say it. Or how funny it was going to sound when I tried.

“Uh,” Liam said, “we can't use the f-word, because it's, uh, bad?” His tone of voice added a rhetorical “duh” to the end of the question.

Thing is, I’d never encouraged children to use swear words before because I’d never had a reason to, at least not before I met these three. But they were used to being called things like “moron” and “idiot” where they came from, and insulting each other wasn’t just allowed, it was practically encouraged. Complaining, on the other hand, was frowned on. “Sticks and stones may break my bones,” they were told, because weathering insults builds character or something.

“What do you mean, ‘mostly?’” someone asked.

“As long as you’re not using it as a verb,” I replied, “I don’t think it’ll be a problem.” I pulled up Jack Wagner’s “The Many Uses of the F-word" video on YouTube. You might already be familiar, it’s the one where he explains, with short examples, all the many ways one can use the word. So we watched that together, then I told Liam they could use it as an adjective (as in “that’s fucking awesome”), or as an intensifier (as in “no fucking way”), around the house any time they wanted.

“But it's still bad,” Molly insisted.

“It can be used badly,” I countered, “but by itself, it’s just a vowel and a couple consonants. It’s the intent behind it that makes a word hurtful. These words you guys keep using on each other, like ‘dummy,’ and ‘stupid,’ and ‘idiot,’ those are the real bad words because the intent is to hurt someone’s feelings.”

“What a pile of shit!” Molly said.

I’m kidding, she didn’t say that. I wish she had, because calling an argument a pile of shit instead of the arguer a dummy would have been some really good progress. And because it would have been really funny. But I wasn’t expecting fast results, I was just planting a seed. Or, to use a less cliched gardening metaphor, I was weeding. Except I wasn't just pulling out weeds, I was replacing them so they wouldn’t grow back…