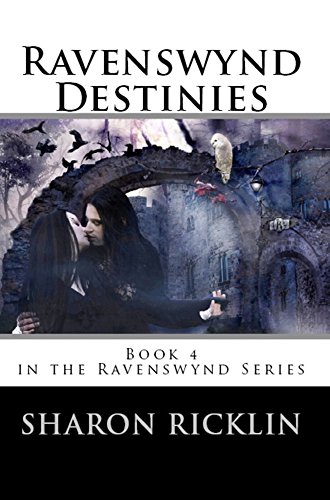 They say rules are made to be broken…
but when four Ravens take a forbidden trip to the U.S. their lives will be altered forever.
Although the trip is hurried and the mission extraordinary, a clandestine ring of Vampire Hunters are enraged and follow them back to the airport. Not only are their lives in danger, if caught, the Hunters will confiscate their newly acquired precious possessions.
Three of them make it through the long lines…But a sudden commotion changes everything.
Emrys is detained. Separated from the group and hustled into a back room, he faces a perilous situation with the murderous Hunters…who are now posing as security guards.
Gavin manages to get the two women on the flight back to Ravenswynd. Elizabeth and Melinda are safe…But will they ever see their husbands again?
Moving stealthily through the airport, Gavin returns to help Emrys escape from the Hunters. A gorgeous blonde offers her assistance…But can she be trusted?
Can a bouquet of beautiful flowers be deadly?
Another mystifying prophecy…Heart-twisting and astonishing revelations will come in twos… But everything becomes meaningless when tragedy strikes…
Without question, there will be blood.

Targeted Age Group:: YA and up

What Inspired You to Write Your Book?
As with the other three of this series, I was inspired by my original dream of being “bitten and turned”. Book four follows the characters continuing journey, but this time they’re all in danger. And that’s what happens when you don’t “follow the rules”.

How Did You Come up With Your Characters?
All of the characters are the same as in the first three books, except for a few who are important to the story line. One of them is an intriguing blonde, who insists on following them back to the UK. The others are evil vampire hunters, who you will grow to hate.