You are here: Home / Bargains and Freebies / Bargain Books Under $3 / Quite Contrary by Richard Roberts

The secret of having an adventure is getting lost. Well, Mary is lost. She is lost in the story of Little Red Riding Hood, and that is a cruel story. She’s put on the red hood and met the Wolf. When she gives in to her Wolf’s temptations, she will die. That’s how the story goes, after all.

Unfortunately for the story – and the Wolf – this Little Red Riding Hood is Mary Stuart, and she is the most stubborn and contrary twelve year old the world has ever known. Forget the Wolf’s temptations, forget the advice of the talking rat trying to save her, she will kick her way through every myth and fairy tale ever told until she finds a way to get out of this alive.

Targeted Age Group: teens and up 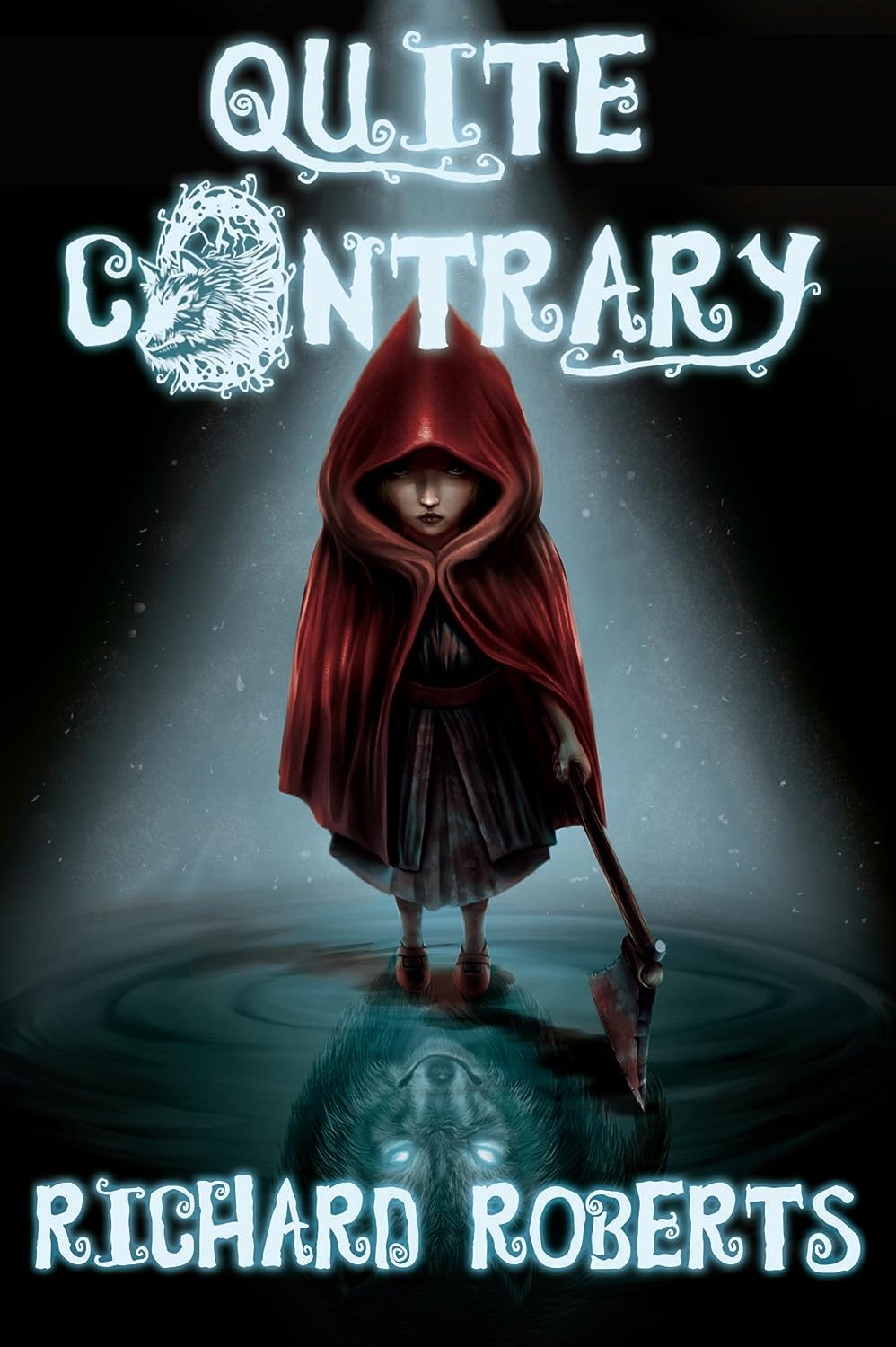 How is Writing In Your Genre Different from Others?
Do I have a genre? I go where the wind blows. What makes this book different? Mary is not like other girls, as determined to do the right thing as she is angry and stubborn. She’s a perfect fit for old style fairy tales, where bizarre wonder goes hand in hand with deadly cruelty.

What Advice Would You Give Aspiring Writers?
Get out of your own way. Don’t question yourself, just do it. Write.

What Inspired You to Write Your Book?
It was a process. The song Rose Red clicked with an idea that adventures only happen when you get lost. I toyed with the idea of Rose being the heroine, but then Mary came to me. The idea of what the most contrary girl in the world would be like enthralled me, and I had to make her Red Riding Hood!

About the Author:
Richard Roberts has fit into only one category in his entire life, and that is ‘writer’, but as a writer he’d throw himself out of his own books for being a cliche.

He’s had the classic wandering employment history – degree in entomology, worked in health care, been an administrator and labored for years in the front lines of fast food. He’s had the appropriate really weird jobs, like breeding tarantulas and translating English to English for Japanese television. He wears all black, all the time, is manic-depressive, and has a creepy laugh.

He’s also followed the classic writer’s path, the pink slips, the anthology submissions, the desperate scrounging to learn how an ever-changing system works. He’s been writing from childhood, and had the appropriate horrible relationships that damaged his self-confidence for years. Then out of nowhere Curiosity Quills Press demanded he give them his books, and here he is.

As for what he writes, Richard loves children and the gothic aesthetic. Most everything he writes will involve one or the other, and occasionally both. His fantasy is heavily influenced by folk tales, fairy tales, and mythology, and he likes to make the old new again. In particular, he loves to pull his readers into strange characters with strange lives, and his heroes are rarely heroic.