Rare glimpses of birds are the only reminder of the freedoms Rain Hawkins once had. Now segregated into a mixed-race zone within the United Zones of the Authority, under tyrannical rule of President Nicks, Rain is forced to endure the bleak conditions set upon her. The possibility of a way out arises when Rain discovers an organized resistance called The Freedom Front, and learns that she, along with many other multi-racial people, has special abilities. Determined to overcome her situation, Rain sets out on a mission with the resistance that will fill her life with wonder, romance, and the undying hope for a better world 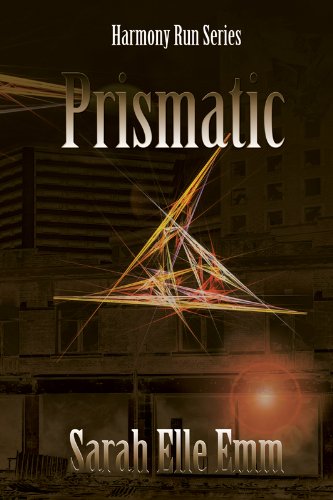 About the Author:
Young-adult fantasy and women’s fiction author, Sarah Elle Emm, is a native of Evansville, Indiana and graduate of The University of Evansville. She has lived in Germany, England, Mexico, the U.S. Virgin Islands, and traveled extensively beyond. Her love of travel, journal writing, and multi-cultural experience have all shaped her stories. Book one, PRISMATIC, of the YA Fantasy/Dystopian HARMONY RUN SERIES was released in May 2012 by Winter Goose Publishing. OPALESCENT, the sequel to PRISMATIC, was published in February, 2013. Book three from the series, CHATOYANT, is set for release August 2014. Sarah is also the author of MARRYING MISSY, a #1 Amazon Best Seller in marriage, published by Bird Brain Publishing in October 2011. Sarah currently resides in Naples, Florida with her family. When she’s not walking the plank of her daughters’ imaginary pirate ship, she is writing.