You are here: Home / Fiction / Fantasy / On the Evil Scale: Keeper of Secrets Book II by Yza-Dora @YzavelaNarvaez 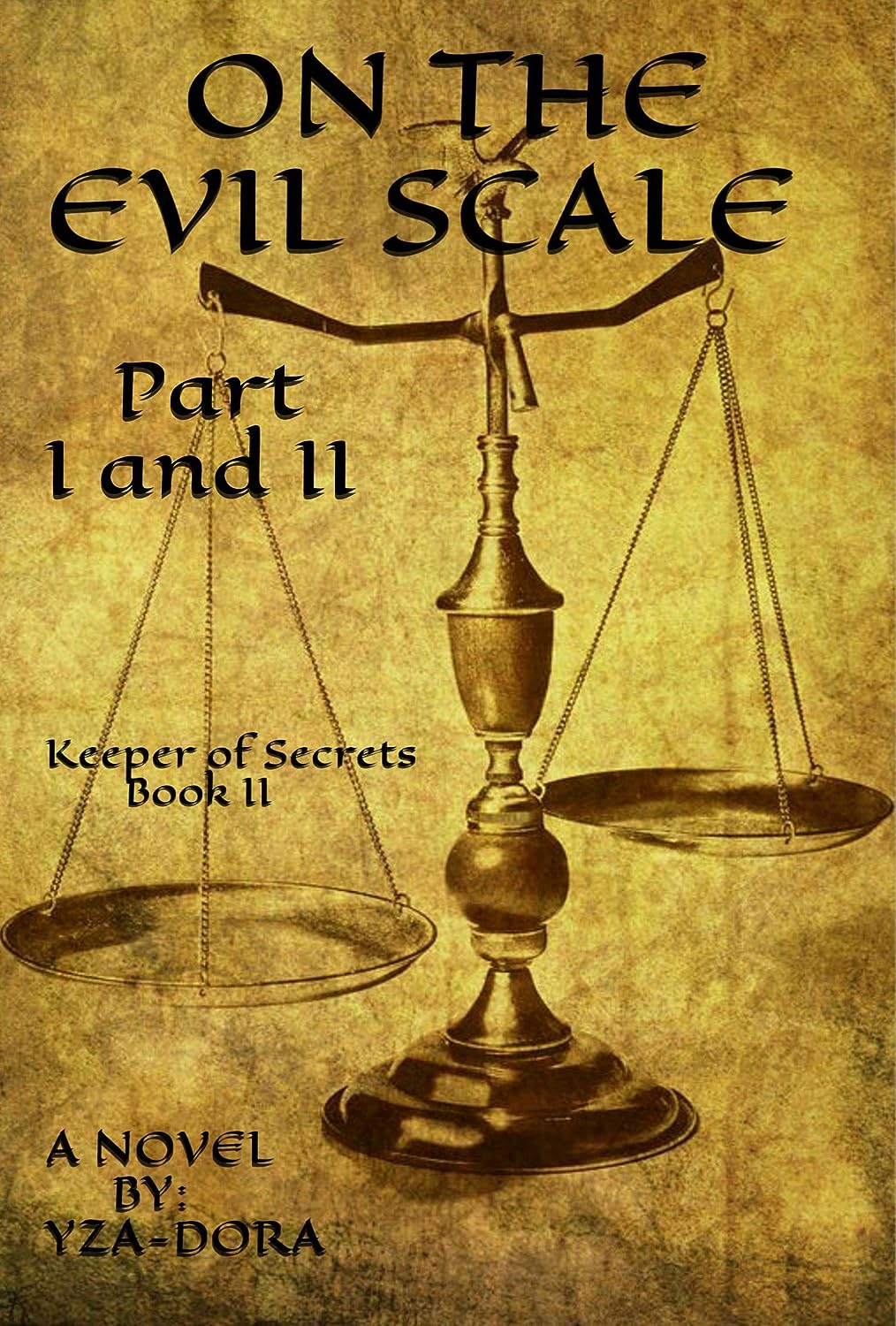 The second installment of the Keeper of Secrets series and is broken down into 2 parts in one novel.

A year passed and the young woman and Keeper of Ravenstone, Yzavela returned from her trip in Ireland with new found skills and finds that the tension between the vampires and werewolves is escalating and the situation is becoming more chaotic than she can handle. Once returned, she must deal with the horrific creatures known as the Boar-wolves who kidnapped her best friends’ little sister, so after gathering a rescue party, they headed out in the winter weather making it more difficult to track these creatures. After the creatures are destroyed, eliminating the threat, unknown to everyone, another threat on a larger scale is beginning to spread its corruption causing destruction everywhere, from the Great City. And now, even the peaceful sanctuary of Ravenstone has been affected. The Keeper gathers a small militia army of at least 500 men, vampires and werewolves alike, to join her in their fight against the evil takeover in the Great City. After the war ended with the necromancers death along with his brother and minions, difficult decisions were made to save Yzavela’s life after a severe injury. Her husband Erik kept his promise to save her life and turned her into a vampire. It’s not accepted by her worse enemy of all who wants Ravenstone for himself….Leonus Lancaster the alpha werewolf and known to her, she must watch him closely.

How will Ravenstone react when their Keeper returns as one of the most dangerous and vicious race of all?

What Inspired You to Write Your Book?
Story was based on a dream that I had and decided to see if I could take it further, and create an actual story plot around it.

How Did You Come up With Your Characters?
Basically, I myself am literally in the story but the other characters with real names, are strictly my imagination with my own twist of how their origins came to be.

About the Author:
See Amazon’s Author Central page for full bio.
On the Evil Scale will be available for free for 3 days only starting July 23 through July 25, 2014.

Links to Purchase eBooks
Link To Buy On the Evil Scale: Keeper of Secrets Book II On Amazon