You are here: Home / Fiction / Fantasy / Of Blood & Flame by Anita Pettinato-Taylor 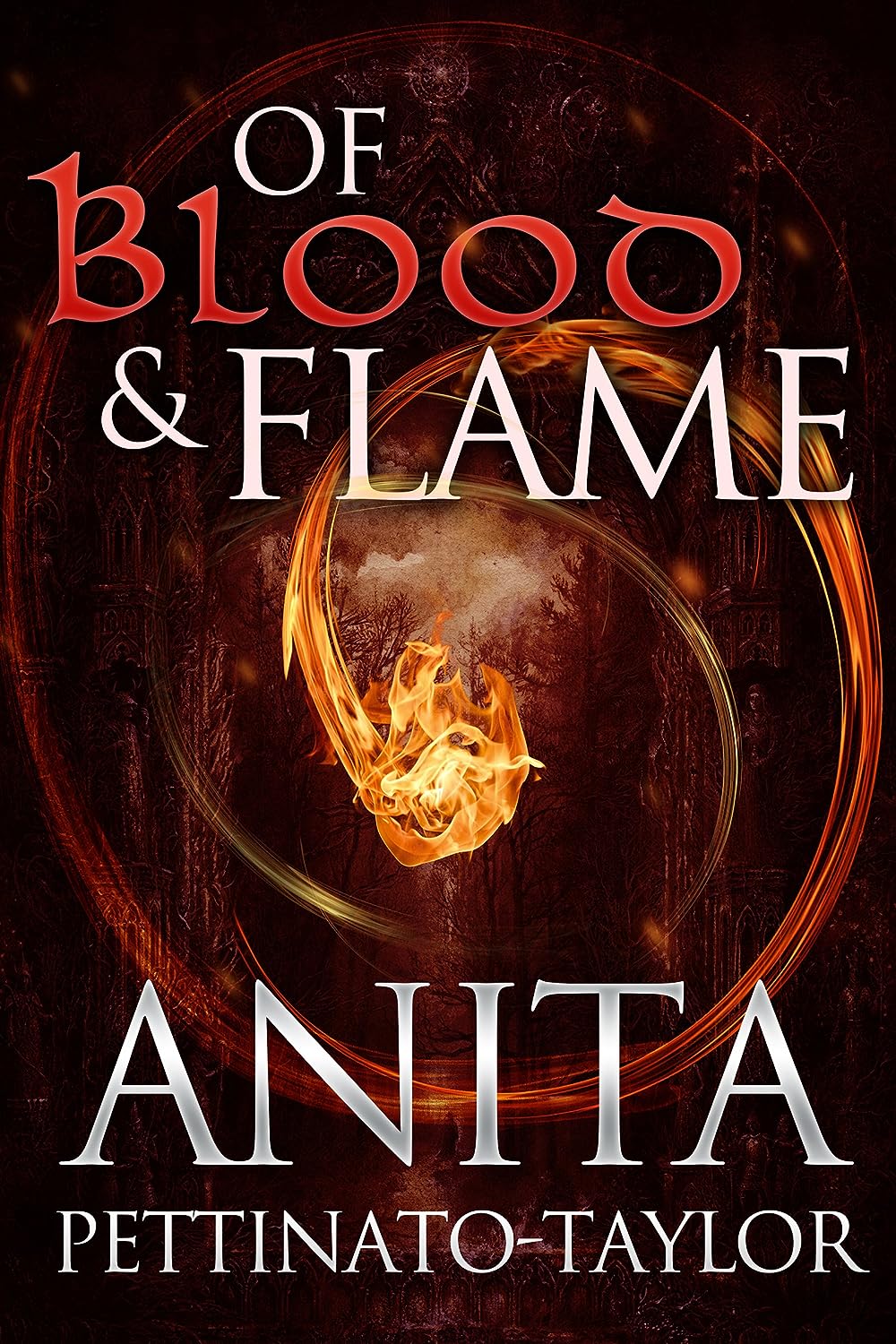 What Inspired You to Write Your Book?
I had just finished reading the viking saga Grettir the Strong, which is a saga about a viking who is an outlaw for twenty years and his trials and tribulations while being an outlaw. I grabbed the concept and ran with it, I created in the Northern Kingdoms a land that was very unsafe, and very unfriendly to outsiders. And then for my elves or as they are in my books Aes Sidhe, I looked to traditional celtic folklore and added a bit of a twist, in short these are not Tolkien elves by far, and neither are they Sapkowski elves. They’re a very feral and very raw people after being magically exiled from their homeland. Once I had my elves I decided I needed to create a land that was more or less the exact opposite of the Northern Kingdoms and so I created the great Tulschian Empire, which has a lot of roman and middle eastern influences. In short, I had a lot of inspiration.

How Did You Come up With Your Characters?
Tynan started with a voice, believe it or not. I was doing something, and I think the movie Thor was on and I heard Tom Hiddleston’s Loki and I had an ah-ha moment. The character grew from there, I thought it would be neat to have that perfect consonant-less diction juxtaposed to a coarse attitude, and eventually it snowballed out of proportion and what we’re left with is essentially a serial killer as a protagonist. Morclave came about because I wanted to have a villain whose villainous nature could be called into question, I wanted my big evil to be very perception based. And Asiliyah came to be because I actually came up with an older version of the character for a short story I wrote just to write about a year before I started Of Blood & Flame, and I wanted to explore how she came to be how she was in the end.

Book Sample
“I do not want to spend the rest of my days sleeping in tents, and hunting people— for the better cause or not. I want to sleep in a soft bed, and maybe eventually take a wench to warm it. To have a family and not have to worry about being run off of my land, or having my wife and daughters raped and murdered when I am out hunting. As much as I respect your brother and you, I don’t want to be you. I’d rather be Iorwerth.” I was silent as he spoke, the only sound that came from me was the arrow in my hand breaking in two.

I was pissed, I was livid. I entered into a new-found realm of pissed off that I did not even know actually existed until after I got there. Throughout the years, people had used the term Animal or Monster to describe me. Most weren’t privy to the reality that underneath what little civility I was able to muster most of the time, that was exactly what I was, a monster. So when that phrase—that rage inducing phrase—left my oldest friend’s lips, I snapped like the arrow between my fingers. Noises escaped my mouth that hardly seemed to be that of anything short of a large predator, as I lunged for my friend.

Aedius was a shitty fighter, he always had been. In close quarters, he was the absolute worst without blades. That didn’t mean he didn’t try to fight me off and land a few punches. We fought hard, our fists pummeling into each other’s faces. We kicked at one another, bit at each other, because we both were wild animals. Aedius was in denial as to what he had become. He didn’t want to admit that after about forty years of living in the forests and hunting Dhaonna that he had devolved into a primal, untamed creature at his core—just like me. We could never fit in with Findabair’s White Court, which surrounded High Elder Council on the White Isle, or even fit in there period.

The pain of the bleeding bite wounds at my shoulders and arms was numbed by my determination. I grabbed him by his collar and head butted him not once, but twice before releasing him and fetching the slender blade from my boot. I pounced on him once more, pressing the knife to his throat.

“Ffyc tú!” Fuck you. Aedius spat at me, literally. Blood and spittle ran down my cheek, I could feel it tracing the contours of my scars.

“You want to be like Iorwerth? Maybe I should send you to the shadowlands, so you can greet him and tell him of your admiration when he gets there after the battle.” I pinned him to the ground, he struggled but he was going nowhere. I bit into his cheek until he screamed and I could taste blood filling in my mouth. It was that metallic sanguine taste which made me come to my senses. I tucked the knife back into my boot and sat up. “a mheas tú féin-ádh bhfuil tú mo chara, Aedius.” Consider yourself lucky you’re my friend, Aedius.

“Tá tú aon cara de mo, ní mó.” You are no friend of mine, not anymore. He heaved from the ground as he stared up at me. “Tá tú ag ffyc santach agus tá mé críochnaithe le leat.” You are a selfish fuck and I’m done with you. I left slamming the door to the barracks behind me.

On the other side was a large gathering of people, some looked frightened as they stared at me, and I could hardly blame them. I knew my face was starting to swell from the fighting, and I knew that my knuckles and mouth were bloodied. With the way I was standing there could be no confusion about what I still was, I was an animal. Yes, I had liberated them, and I would keep them safe, but I was a wild animal not fit for society.

About the Author:
A crazy, video game playing, author who likes to close her eyes and listen to the radio show in her mind more than see something in theaters, Anita Pettinato-Taylor is a bit of an oddball. However, with a bachelor’s in History and an appreciation for European Folklore and Medieval Literature she is armed with a unique set of skills to weave interesting immersive worlds that feel as though they could have actually existed.