After accidentally possessing a young man’s body, Nathaniel finds himself in the arms of the beautiful girl he’s supposed to be guarding. Though he didn’t intend to break God’s rules, his wings are burnt off and he’s dumped naked in the freezing ocean, and not just for kissing Eloise, but for wanting more. Cold, injured and bleeding, Nathaniel has only one thing on his mind as he drags himself out of the treacherous surf, and that’s to see if Eloise feels the same way about him. As he runs naked along the shore to look for some clothes, he’s approached by Lucifer and offered a happy life with Eloise if he sells him his soul. When Nathaniel refuses, Lucifer threatens to give the deal to Devlin, Nathaniel’s nemesis. 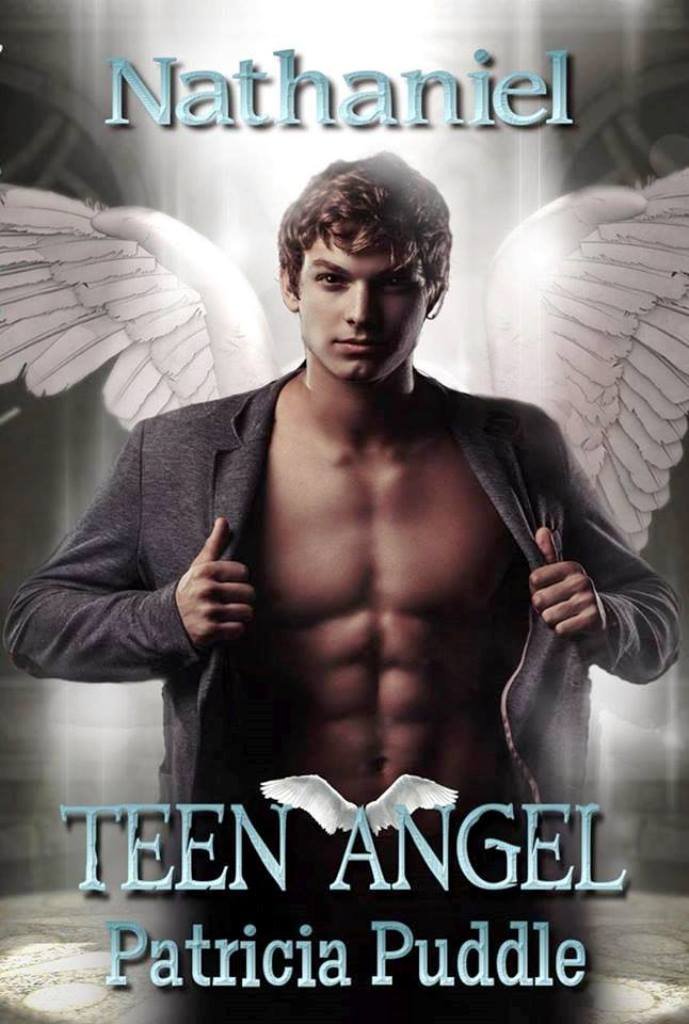 How is Writing In Your Genre Different from Others?
My Genre is Fantasy Romance. I love reading this genre, but also Contemporary and Paranormal Romance. I love writing Fantasy Romance because you can do almost anything with your characters, and as my characters are mainly angels, they can go anywhere in the universe or beyond. Your imagination can go totally wild.

What Advice Would You Give Aspiring Writers?
Write what you know and the words will flow better and emotions will be more believable and genuine. You can still write stories from your imagination, just add some of your own emotions to the characters. If you’re a beginner, join an online critique group. You’ll learn faster by critiquing and also have more experienced writers to give you advice on the best ways to publish. You may even collect some fans along the way. I originally began writing and illustrating Children’s Books, and many of the writers I met on my journey had children or grandchildren. Some of those children became my best fans. It doesn’t matter what genre you write in, you will still collect your fans along your journey if you join critique and writing groups. I highly recommend Critique Circle and Absolute Write Water Cooler.

What Inspired You to Write Your Book?
I first wrote Ominous Love, but when some fans asked for more history on why the two guardian angels were fighting over one girl, I decided to write a prequel. I called the prequel Fallen Angel and let it go permanently free, but then I had to have a crossover book before Ominous Love, so I wrote: Nathaniel Teen Angel. Now at last I can get on with the next book in the series: Ominous Angel.

I began writing my Ominous Series because I’ve always believed in guardian angels. Right from being a small child it seemed whenever I got into danger, I escape by the skin of my teeth. It’s happened so many times since and I began to believe I really did have a guardian angel watching over me. When I was fourteen, I was waiting at a desolate train station at night and had missed the last train. A strange man was lurking around and he dragged me into his car through the driver’s door. I was terrified, especially when I saw all the other doors inside the vehicle were wired together and I couldn’t get out. After driving for half an hour, the man parked his car in the woods and began threatening me if I didn’t do as he said. Without even thinking, I belted him over the head and cut his face with my bag, then I leaped over his lap and rolled out of the driver’s door and onto the grass. I made a run for it and got away, but I couldn’t understand how he hadn’t overpowered me because he knew I could describe him to the police. Plus I was a small fourteen-year-old and he was at least thirty. I figured my guardian angel had helped that day as well as other times I’ve been in danger. When I started writing this series, the words just flowed onto my document. It was as if the characters took over because I have no idea where the plots and characters came from. Though some is obviously fantasy and I’ve lover every minute of it.

About the Author:
Patricia Puddle lives in the middle of a forest (in Australia) with her husband where she writes and publishes Fantasy Romance and Children’s Books. So far Patricia has written three books in her Ominous Series: Fallen Angel (The Prequel), Nathaniel Teen Angel (Book One), and Ominous Love (Book Two). At present she is writing (Book Three) Ominous Angel.

Patricia used her memories of being a mischievous seven-year-old to write and illustrate her Rascals Series: Star-Crossed Rascals & Rascals Sing at The Opera House.

Velvet Ball and The Broken Fairy is about a little bald girl who gets bullied at school. This children’s fantasy story just popped into her head.