You are here: Home / Bargains and Freebies / Bargain Books Under $3 / My Lady, The Spy (Brethren of the Coast Book 2) by Barbara Devlin @barbara_devlin

Book Two in the Brethren of the Coast series

Can the mind forget what the eyes have seen?

L’araignee, The Spider, is England’s most notorious spy–and Lady Rebecca Wentworth’s alter ego. After her partner in espionage is killed in the line of duty, Rebecca returns to London, only to discover a traitor has compromised the war effort from the highest levels of the vaunted Counterintelligence Corps. To lure the villain into the open, Rebecca embarks on a new mission, acting as prey for a dangerous enemy. But it is the handsome former Navy captain tasked with her safety that presents the greatest threat, when she falls in love. Can Rebecca trade her cloak of office for an ermine-collared pelisse, her trusty dagger for opera glasses, and shed the underworld of espionage to claim the future she desperately desires?

When Nautionnier Knight Dirk Randolph is sent to evacuate spies from the Continent, he is shocked to find a beautiful noblewoman in service to the Crown. A no-nonsense man accustomed to a ruthlessly ordered life, his world is upended when he is paired with the intriguing operative and must act the part of smitten suitor. While he protects the fascinating agent provocateur, he does not guard his heart. But can he accept that his ladylove and the spy exist as two sides of the same coin? 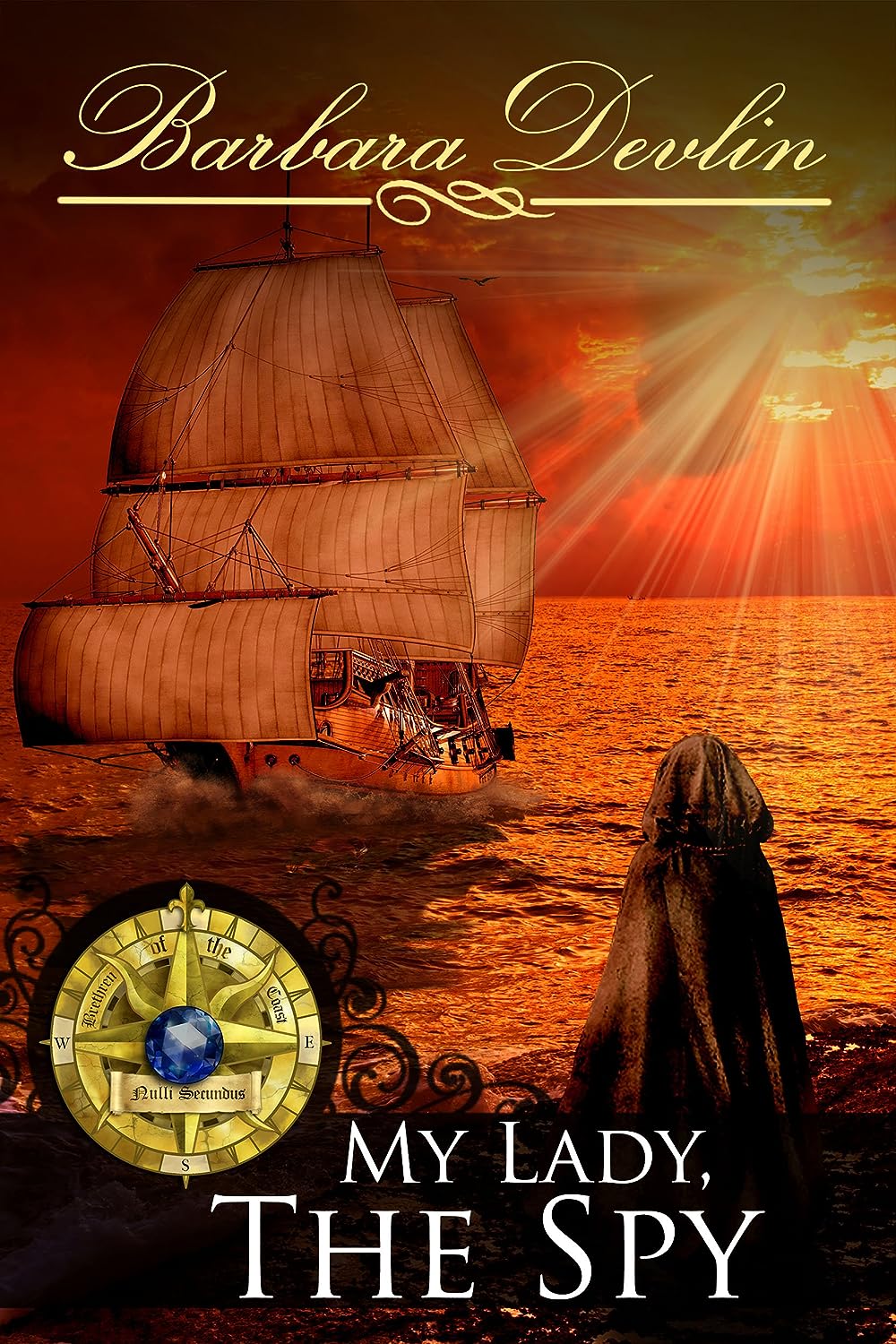 About the Author:
Coming November 2014 – Captain of Her Heart (Brethren of the Coast Book 5) & a novella, Loving Lieutenant Douglas, from the upcoming A Jewel In Time: A Sultry Sisters Anthology, with multi-published author Jeanne Adams and debut author Caitlenn T. Ainnsley.
***END OF SUMMER SALE!! Entire series to date only 99-cents each, until September 30. Enjoy!***
***Preorder Captain of Her Heart for only 99-cents. Price goes up to $2.99 after the release date.
***My Lady, The Spy is now IndieReader Approved***
For more information, visit Barbaradevlin.com
Bestselling author Barbara Devlin was born a storyteller. A Texan, through and through, Barbara hasn’t been without a book in her possession since she was in kindergarten. She wrote her first short story, a really cheesy murder-mystery, in high school, but it was a Christmas gift, a lovely little diary with a bronze lock, given to her in the fifth grade that truly inspired her love for writing.
After completing part of her undergraduate studies at the University of London, where she developed a love of all things British, Barbara returned home and began a career in banking. But the late 80s weren’t too promising for the financial industry, and every bank that hired Barbara soon folded. So she searched for a stable occupation, and the local police department offered the answer to her prayers.
Initially, Barbara wasn’t too sure about her new career in law enforcement, but she soon came to love being a police officer. And then one uncharacteristically cold and icy day in December 1998, Barbara was struck by a car and pinned against a guardrail while working an accident on a major highway. Permanently disabled, she retired from the police department and devoted her time and energy to physical therapy.
Once Barbara got back on her feet, she focused on a new career in academia. She earned an MA in English and continued a course of study for a Doctorate in Literature and Rhetoric. She happily considers herself an exceedingly eccentric English professor. Barbara also began writing historical fiction in her spare time and completed five full-length novels featuring her fictional knighthood, the Brethren of the Coast.