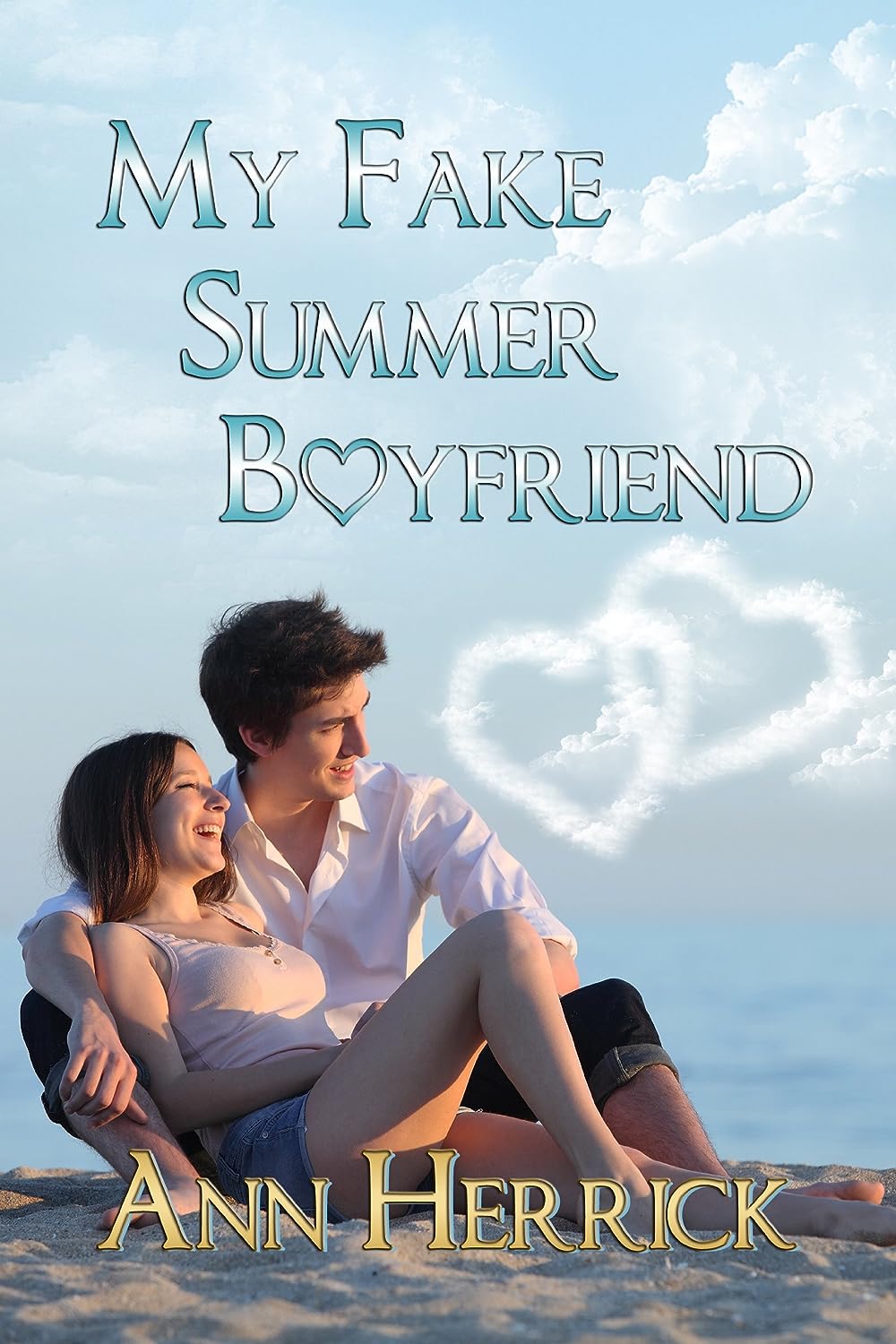 Sun, surf, sand and Alex–Katie was swept away!

Katie eagerly agrees to pretend she is Alex’s girlfriend for the summer in order to protect his job. Amid sundrenched waves, they develop a friendship that is on the verge of turning romantic, when who should arrive but Nicole, Alex’s old girlfriend. In three days, Nicole ruins Katie’s relationship with Alex. So Katie gets involved with Logan, Nicole’s handsome older brother, though Alex is the one for her.

Soon enough Katie learns that fake romances can get out of hand and lead to complications she never imagined.

What Inspired You to Write Your Book?
I grew up in a town along the shoreline in Connecticut and always fantasized about the “perfect” summer romance.

How Did You Come up With Your Characters?
So many dream guys to fantasize about about, so little time! The main male character has bits and pieces of personality traits of some of them. The main female character shares a lot in common with the group of girls with whom I spent summers at the beach when I was growing up.

Book Sample
He sat on the middle window seat and pulled me down onto his lap. Out the window I could see the figures of Alex and Nicole on the beach. Alex had his hands on his hips. Nicole was pointing toward the house. I tried to ignore them.

“The sunset is beautiful,” I said. Even as I admired the tones of gold and pink sinking in the west, I tried to slip off Logan’s lap. His grip tightened around my waist.

“You’re beautiful,” Logan said. He pushed me back against the soft pile of pillows.

I stiffened as his body pressed against mine. I could feel his hot breath all over my face. His prolonged kiss sent a shiver of panic to the pit of my stomach. Finally he stopped kissing me long enough for me to catch my breath. “Logan. Let’s go downstairs, now,” I said shakily.

“I’d rather stay here,” he answered huskily. “Just settle back and relax.” He engulfed my mouth in another kiss. I felt his hand sear a path up my back and fumble with the zipper of my dress. When I heard the zipper going down, I pressed against a pillow, hoping to immobilize his fingers. Logan stopped kissing me. His face was flushed. “Look,” he said, his voice shaky, “all this may have started as just a favor to Nicole, but now I really want you.”

Want you! The words echoed in my head like a five-alarm warning siren. “No,” I said firmly, even though my heart was pounding. “I want to get out of here.”

“Please.” Logan’s voice was pleading, and his eyes had a glazed expression, but he loosened his grip on me slightly.

“Take your hands off her!” From out of nowhere Alex hovered over us.

About the Author:
Ann Herrick is the award-winning author of several books and short stories for kids and teens. Included in the awards her books have won are the ALA Recommended Book for Reluctant Readers, IRA/CBC Children’s Choice and EPIC Best YA Novel Finalist.

Ann grew up in Connecticut, where she graduated from The Morgan School and Quinnipiac University. She now lives in Oregon with her husband, who was her high-school sweetheart. Their wonderful daughter is grown, married and gainfully employed, and has given Ann her only grand-dog, Puff, a bloodhound-rottweiller-beagle mix and six grand-kitties. While she misses the East Coast, especially houses built before 1900, she enjoys the green valleys, fresh air and low humidity in the Willamette Valley of Oregon. Ann loves cats, walking, the Oregon Ducks and working in her back yard. In addition to stories and books for children and young adults, Ann also writes copy for humorous and conventional greeting cards.