You are here: Home / Bargains and Freebies / Bargain Books Under $3 / Mutiny In The Dugout by Rod Kent 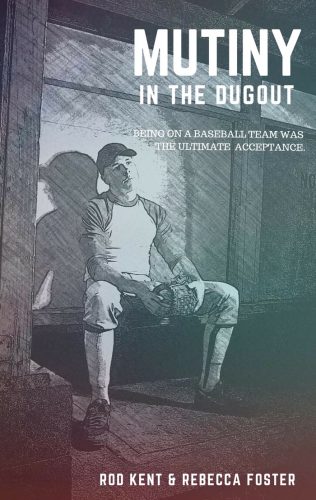 Parents send their kids to the newest craze in Little League baseball: military boot camp on a diamond. The kids have had enough of out-of-control parents, coaches, and abusive drill sergeants. After a typical day of coaches cursing and hitting kids, exploding bases, booing from the stands, and parents fighting in the parking lot, the kids are at their wits’ end. It’s mutiny in the dugout. The kids go on strike, pulling out picket signs to let their parents know they’ve finally crossed the line.

Charlie, 29, a pro baseball player with a third-rate minor league team, comes home to visit his ailing father, Gordon. Gordon’s wish is for Charlie to take his beloved team to the Little League World Series. His past mistakes overshadow Charlie’s reluctance. In high school, a jealous Charlie hurled a fastball at Abe, smashing his brother’s collarbone and a shot at a scholarship. Angry at Charlie’s lack of remorse for his action, Gordon sends Charlie away to face the world alone and a life of endless wondering.

After helping the team T.P. his dad’s house, Charlie reluctantly agrees to coach the kids
for the Little League championship. Abe, now a minister, reluctantly agrees to help. Herbert, who runs his own military-style baseball training camp, has other plans. With the aid of the League President, Judy, they conspire to beat Charlie’s team and franchise his boot camp across the country. In a cliffhanger playoff game, Seth, Charlie’s star pitcher throws a secret new pitch forcing the batter to strike out and lose the game. The celebration of their stunning victory is short-lived when Charlie witnesses how Little League destroys kids. While delivering a motivational speech to drug-abusing teens at Abe’s church, Charlie sees first-hand how organized sports can negatively affect kids. Charlie then realizes he has exiled himself from life and love in an internal east of Eden. Reaching a peace treaty with Abe, Charlie sets out on a path to
destroy Herbert and restore the innocence of Little League.

In the final battle to determine which team will be going to Williamsport, Charlie’s team faces impossible odds after being forced to trade on their star player, Casey. After adding Casey to his arsenal, Herbert secretly recruits 6-foot tall, 12-year old twin ringers.So, Charlie turns the final game into a literal three-ring circus. But Charlie saves the best for last when his players go on strike. The kids march to the outfield with pickets signs and are soon joined by 200 fellow little leaguers. In a last-ditch effort, Herbert protests, with a megaphone in hand, that he is the true winner. Charlie proves that sometimes you have to lose the battle to win the war.

What Inspired You to Write Your Book?
I was inspired by a Preacher who was giving his first sermon at our church on Cain and Abel and seeking forgiveness. He started off by telling everybody how much he loved baseball. He preached about what if Cain came home and asked for forgiveness.