You are here: Home / Fiction / Historical / Monsters Of The Midway The Death, Resurrection, and Redemption of Chicago Football by Jeff Rasley @jeffrasley

Was this ragtag band of precocious intellectuals the worst, or the most courageous, team in college football? From 1892 until the 1930s the legendary Monsters of the Midway dominated college football. However, in 1939 the University of Chicago dropped out of the Big Ten and killed its varsity football program.

But now, it’s 1969 and football is back. The resurrection of Chicago football hasn’t brought the Monsters back to life. The team plays more like the lab mice of the Midway. The new Maroons are called “the worst team in college ball” by People Magazine. But this under-sized and outnumbered team is also compared to the Trojan hero Hector courageously facing Achilles. They lose game after game. Yet, guys who have IQ scores greater than their weight refuse to give up their mission to win one for their old coach, Wally Hass. Wally’s goal is to win one more game before he retires which would make his 100th victory as a coach.

Sex, drugs, rock ‘n roll, the Draft Lottery, the Anti-War Movement, and student rebellion on college campuses in 1969 — the University of Chicago is swimming against the cultural tide by resurrecting its football program. Jack Blair is a small town Hoosier kid who just wanted to go to the best college in the Midwest. In Chicago Jack encounters characters as disparate as Muhammad Ali, Milton Friedman, and George Halas.

Jack joins the team for resume-building. His goal is to win the Rhodes scholarship and maybe a football game. Along with his teammates he is swept into the tumult of the late 1960’s. He falls in love with a radical feminist who demonstrates against the return of football to Chicago. He rooms with a secular Jewish kid taking ballet whose father has begun manufacturing something called a computer chip.

Jack’s teammates reflect the wackiness of the times. There is the 135 pound nose guard and the 295 pound Sumerian scholar. On the team bus the Maroons blast The Mothers of Invention on an 8-track, smoke pot, and worry about a friend’s suicide attempt.

An assistant coach rides Jack for not fully committing to the team. His favorite professor chides him to concentrate on his studies. Jack comes of age in a bewildering cultural milieu of frats, jocks, hippies, and Marxist radicals. But his greatest challenge is whether he can learn to love and make an authentic commitment to his team, his girl friend, or his community.

The book is inspired by the author’s experience of playing on the resurrected University of Chicago Maroons a/k/a the Monsters of the Midway. 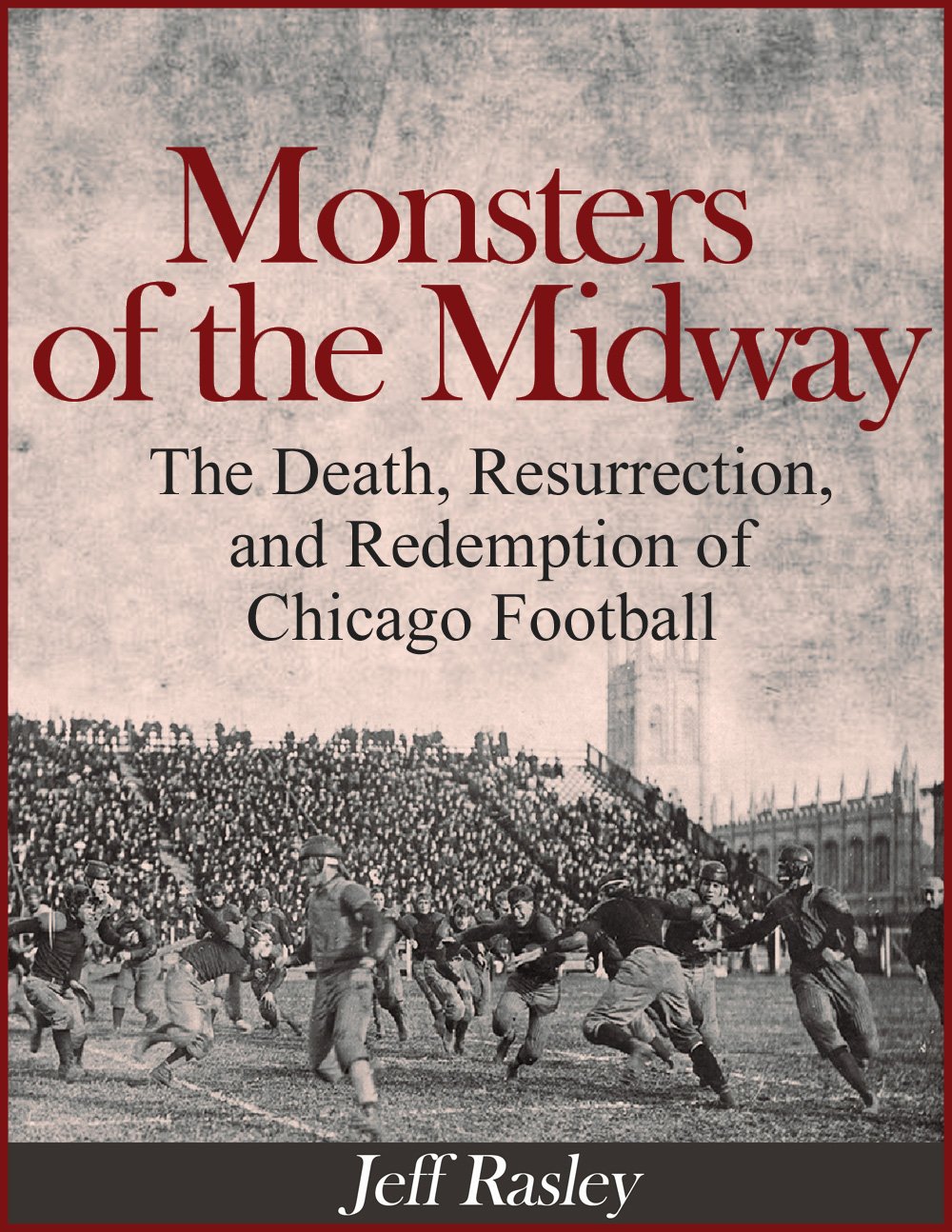 What Advice Would You Give Aspiring Writers?
Write on! Be disciplined. Figure out when and where you are inspired to write your best. Spend time at it every day possible.

Author Bio:
Jeff Rasley is the author of seven books and has published numerous articles in academic and mainstream periodicals, including Newsweek, Chicago Magazine, ABA Journal, Family Law Review, American Athenaeum, Pacific Magazine, Indy’s Child, The Journal of Communal Societies, The Chrysalis Reader, Faith & Fitness Magazine, Friends Journal, and Real Travel Adventures International Magazine. He is an award-winning photographer and his pictures taken in the Himalayas and Caribbean and Pacific islands have been published in several journals.

Rasley has engaged in social activism and philanthropic efforts from an early age. In high school he co-founded the Goshen Walk for Hunger. In law school he was an advocate of residential renters’ rights as a lobbyist and president of the Indianapolis Tenants Association. He is the founder and president of the Basa Village Foundation USA and currently serves as an officer or director for five nonprofit corporations.

Jeff is an avid outdoorsman and recreational athlete. He leads trekking-mountaineering expeditions in Nepal and has solo-kayaked around several Pacific island groups. He also loves to read and considers completing Marcel Proust’s 3600 page Remembrance of Things Past as great an adventure as climbing Himalayan peaks and solo-kayaking Pacific islands.

Rasley is a partner in the e-book publishing enterprise Midsummer Books through which he also provides writer coaching and editing services. He is U.S. liaison for the Nepal-based Himalayan expedition company, Adventure GeoTreks Ltd. He has taught classes for IUPUI Continuing Ed. Program, Indiana Writers Center, and Marian University. He currently teaches philosophy of philanthropy at Butler University.

For chairing the Indiana-Tennessee Civic Memorial Commission Rasley and the Commission received Proclamations of Salutation from the Governors of Indiana, Ohio, Tennessee and Pennsylvania and he was made an honorary Lieutenant Colonel Aide-de-Camp of the Alabama State Militia, a Kentucky Colonel and honorary Citizen of Tennessee. He was given a Key to the City of Indianapolis for serving as an intern to Mayor Hudnut and preparing a report on the safety conditions of all Indy Parks. Rasley has received the Man of the Year award from the Arthur Jordan YMCA and the Alumni Service Award from the University of Chicago Alumni Board of Governors.

Rasley has given serious and humorous interviews to many broadcast programs and provided programs for service clubs, community organizations, and churches.