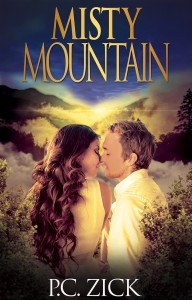 When Lacy and George begin dating, each of them keeps a shield around their hearts. Lacy’s been hurt so many times, she’s afraid to let another man come close. George, reeling from a bitter divorce, doesn’t trust women. If they can put down their shields long enough to discover the love growing between them, then nothing will stand in their way to finding happiness.

What Inspired You to Write Your Book?
I’d written the first book in the Smoky Mountain Romances and became fascinated by one of the minor characters. She always fell for men who didn’t fall for her. I wanted to tell her story and I paired her with an equally damaged character to see if they could overcome their past rejections to find their way to each other.

How Did You Come up With Your Characters?
Lacy appeared in Minty’s Kiss, and as I wrote her, she impressed me with her ability to forgive. That’s what I wanted to explore. At the end of the first book, she meets George who is the brother of one of her former lovers. Their story turned out to be fairly interesting.