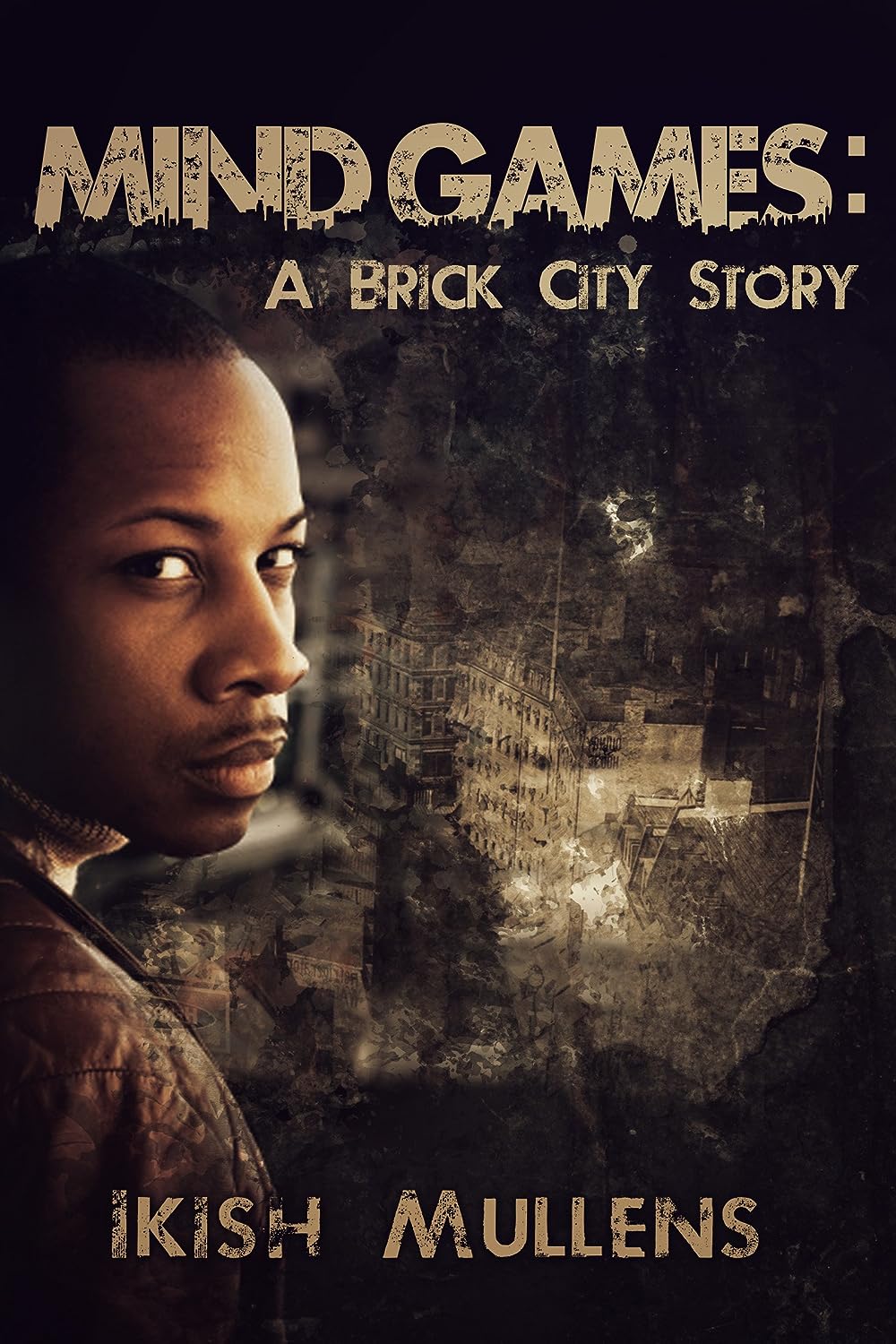 Sworn to secrecy about his inheritance, Des secretly began making plans to leave his life in the streets behind, only to open Pandora’s Box, and unleash a wave of chaos and destruction in the lives of those he love.

Moreover, caught in a bloody drug war – with outside forces plotting his downfall – Des must look to the past, and remember the lessons he’d learned along the way, if he planned to outsmart his adversaries.

Because the only way to survive in this game, you must keep your enemies close, and your friends even closer. . .

What Inspired You to Write Your Book?
Back in June 2004 when I came up with the concept and theme for Mind Games: A Brick City Story, I was at a crossroads in my life.

I was stuck at dead-end job, surrounding by older co-workers, who nagged daily about hating their job. While at the same time, none of them was doing anything productive outside of the workplace to better themselves (well besides one).

And that was the moment I asked myself the big question, “What do you want to do with your life? Where do you see yourself in the next five to ten years?”

In addition to having a dead-end job with no growth potential, my life after the workday ended was no different. Growing up in the Bradley Courts Housing Projects in Newark, NJ, I was surrounded by all sorts of illegal activity. The kinds of illegal activity that you could easily get caught up in if you were not careful.

For instance, when I wasn’t working, I hung around my friends who were mostly drug dealers. And while some of them sold drugs out of necessity – because they came from broken and/or impoverished homes – there were others who hustled because they thought it was the popular thing to do, or just to be a part of the in-crowd. Because they wanted or needed to make enough money to buy expensive cloths, purchase cars, and to hang out on the weekends getting high and drunk, and impress girls. (Keep in mind that we were either fresh out of high school or in the eleventh/twelfth grades at the time.)

However, it wasn’t until I began to observe my friends doing what they did to get by – as well as listening to the war stories that those who came before them told – that the foundation in which Mind Games: A Brick City Story stood began to form.

Furthermore, unlike most urban fiction or street lit, instead of focusing on the portion of the drug trade that we saw or read about every day, I decided to take Mind Games: A Brick City Story in a different direction, and focused my attention on the aspect of the streets that I felt was heavily over looked.

Therefore, I focused my attention on the life of a drug dealer once he’d left the block and retired for the night. I wanted to shed light on the relationship they had with each other, their enemies, their drive and passions, women, and family. Because it is easy to see someone standing on the corner and calling them a threat to the quality of life, but what most people fail to acknowledge is how this individual got this way.

This is the question that Mind Games: A Brick City Story answers, as well as addressing the internal conflict many of them face when the day comes that they have to make a life altering decision for the better or worst.

How Did You Come up With Your Characters?
To create the character for Mind Games: A Brick City Story, I took combination of characteristics and personalities of people that I knew or came across in life, and used bit and pieces of them to create the cast of characters sprinkled throughout my novel. This is why I say Mind Games: A Brick City story is a work of fiction with a dash bit of truth and reality on the side.

About the Author:
Ikish Mullens was born in Newark, New Jersey and raised in the Vailsburg area of the city, in the Westward. He graduated from the University of Phoenix and independently published his first novel Mind Games: A Brick City Story in 2004. Additionally, in 2009 he founded and created MYCA Publishing.

Furthermore, Ikish’s other notable accomplishments include a cameo appearance in the independently released film produced by Shii-Fyne Productions title The Git Em Gyrlz.

In addition, he has also worked behind the scenes and as an on air radio personality for New 105.5i The Heat and Elite Radio in New Jersey.