You are here: Home / Autobiographies, Biographies & Memoirs / Memoirs of a Caddie: Life and Times of a Misguided Youth by Patrick Burke @pmichaelburke 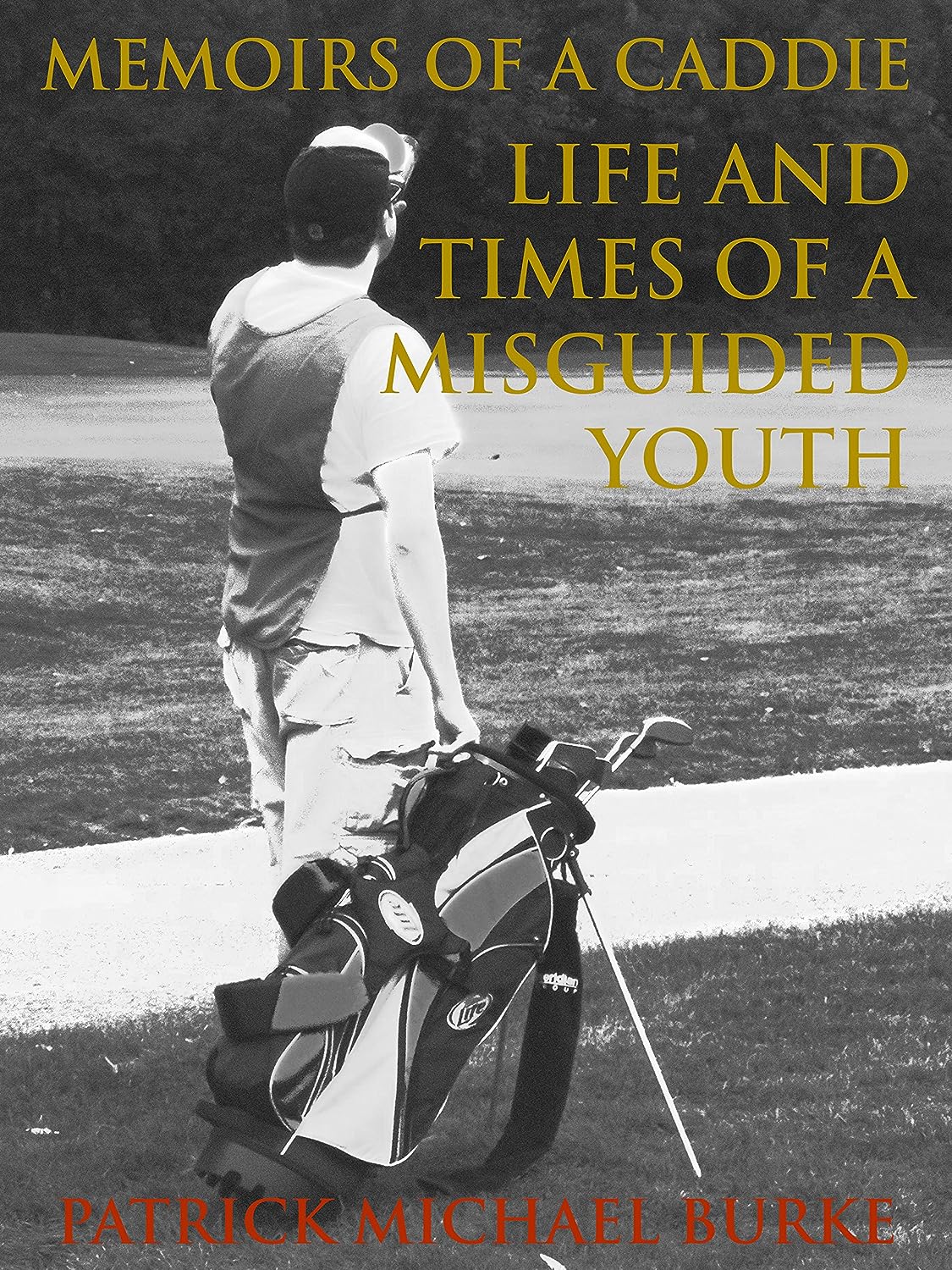 Located just outside the City of Chicago, Fairview Country Club functioned as an adult playground for some of the City’s most wealthy and influential politicians, business owners and investment bankers. Fairview became their escape from the everyday, the one place where they didn’t have to worry about putting on airs. For caddies, Fairview became a sort of rite of passage, a place where you entered as a naïve child and left as a man, armed with the bizarre and wonderful knowledge that will shape your life for years to come.

MEMOIRS OF A CADDIE: LIFE AND TIMES OF A MISGUIDED YOUTH explores the 8-year stint that I served as a country club caddie in near-suburban Chicago, focusing on such critical events such as:
• The Caddie Masters: “Unwilling to leave the country club grounds, Rob had taken to sleeping in his car; his two poodles huddled up against in an attempt to keep warm at night. Every morning, he would wake up and wash himself in the bathroom sink before heading down to his desk to begin his “work” day, pretending as if he had never been informed that his employment at Fairview had been terminated. It was his final act of rebellion against the people that he despised.”
• The Belt Game: “The Belt Game brought something out of its contestants that few other life events, short of war, could ever have. For five to ten minutes, those young men were battling for their lives, rapidly adapting to this newfound “Kill or Be Killed” world.”
• The Summer Heat: “As they moved around the altar, I could capture glimpses of their eyes, wild and ancient, completely lost in the moment, dedicated to giving all energy towards their ceremonial dance.”

What Inspired You to Write Your Book?
It has been my lifelong dream to write a book. I chose to base my inaugural book on a significant chapter on my life, as it gives me ample material to draw from (which I hope is also entertaining).

About the Author:
A lifelong Chicago resident, I am fascinated with every facet of city life. Employed as an urban planner, I am very fortunate to be able to pursue my interests on a day to day basis, examining the city and exploring various ways to improve the world around me. One of my lifelong dreams has always been to write a book, which I have finally done with “Memoirs of a Caddie: Life and Times of a Misguided Youth.” The experience of completing my first book has left me with a renewed passion for writing, a passion that I hope to continue, drawing inspiration from the city that I call home.

Links to Purchase eBooks
Link To Buy Memoirs of a Caddie: Life and Times of a Misguided Youth On Amazon