You are here: Home / Autobiographies, Biographies & Memoirs / Me and My Shadow – memoirs of a cancer survivor by John Walker Pattison 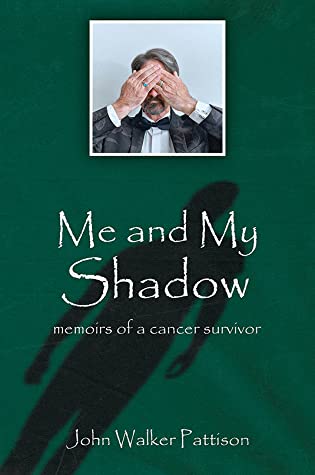 Me and My Shadow – memoirs of a cancer survivor, is a brutally honest account of one teenager’s struggle to understand and deal with the most feared diagnosis known to society: cancer.

At 18 years of age, John Walker Pattison was thrust onto a roller coaster ride of emotional turbulence – his innocence was cruelly stripped from him; his fate woven into the tapestry of life.

After years of failed chemotherapy and radiotherapy treatments that ravaged his physical frame and almost destroyed his psychological stability – his parents were told that he would not survive. Yet, today, he is one of the longest-surviving cancer patients in the UK.

Eight years after his unexpected recovery, the news that all parents fear, his daughter is diagnosed with terminal leukaemia. Yet like her father, she too would defy the odds and go on to become an international swimmer.

Pattison turned his life full circle and became a cancer nurse specialist at the same hospital that made his diagnosis decades earlier. He prescribes chemotherapy and cares for individuals with the same cancers he and his daughter experienced.

Throughout his journey, Pattison’s inspirations were the space rock legends, Hawkwind. He would get to play on stage with his heroes at the Donnington Festival in 2007.

More significantly, he found solace throughout his cancer journey in the history and spirituality of the Lakota Sioux Nation. In 2018, he would spend time on Pine Ridge Indian Reservation with the indigenous people of South Dakota. The same people who, unknowingly, supported him through life’s greatest challenge: cancer.

What Inspired You to Write Your Book?
Almost 50 years in the making, ‘Me and My Shadow – memoirs of a cancer survivor’ is my brutally honest account of cancer survivorship through the eyes of an adolescent. But also, the viewpoint of a father of a daughter, diagnosed with terminal leukaemia.
The aim is to offer hope and inspiration to anyone in society touched by a cancer diagnosis. It is also intended as an educational resource for health care professionals, who, don’t always (unless they have been touched themselves by the illness) understand the psychological burden of a cancer diagnosis – a considerable load to carry.
But moreover, it was intended as a catharsis – to eliminate those demons that lay in the deep canyons of my mind. It failed to do that, and they remain firmly planted there. Fortunately, my wife is always at hand, and ready to top up my glass with optimism, and importantly pragmatism. In life, nothing is more important than family.
Every day is a poignant reminder of how fortunate I am – as we know, only too well, that not everyone survives the most feared diagnosis known to society, cancer.