You are here: Home / Fiction / Fantasy / Master of Lies (Chronicles of the Half-Emrys Book 1) by Lisa Rector 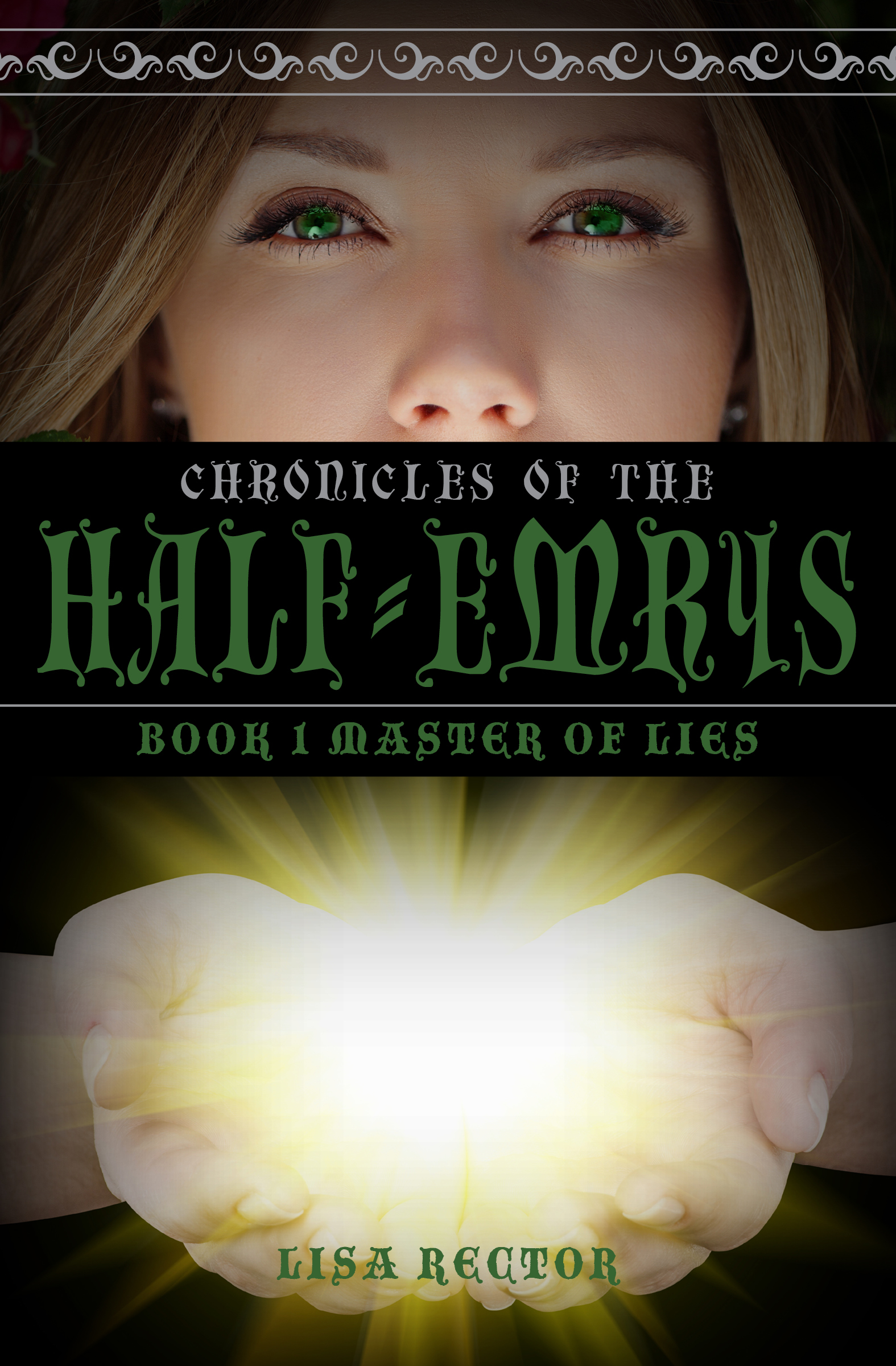 Mastering the lies is easy if you don’t have to wrestle against your own darkness . . .

Unaware of her immortal heritage, the truth concealed from her, Ahnalyn learns she’s a child of two worlds—a half-Emrys with the ability to wield the light and the dark power. Aneirin, a Son of Light, has his own reasons for leaving the immortal dragon realm. Defying the High Council, he risks exile—risks being tainted by the corrupt mortal world Ahnalyn is a part of.

As Aneirin’s life becomes entwined with Ahnalyn’s future, he is certain of one thing: Ahnalyn belongs with the immortal Emrys. But doubt and fear shroud Ahnalyn as the painful truths of her past unfold. Succumbing to the darkness lurking inside her is the easy, simple path. But under the dark power, Ahnalyn would be forbidden to enter the immortal realm and would be lost to all those she loves—forever.

Master of Lies is the first book in the Chronicles of the Half-Emrys, a high fantasy novel.

What Inspired You to Write Your Book?
I started writing this book back when I was doing a Lord of the Rings movie marathon. I even based some of my characters off of Tolkien’s. I imagined the rolling hills of Middle Earth for the Realm of Terrin and the murky swamps of the Dead Marshes for Rolant. The torturous snow peaks of the Misty Mountains could be my Eirwen Mountains, where the entrance to Gorlassar is hidden. And when you enter Gorlassar and fly to the capital Emryn city called Mared, I imagined the majestic music from when the Fellowship entered the great hall in the Mines of Moria.

But scenes and characters aside, I think that is where the similarities stop. My writing is nothing like Tolkien’s.

I would have to say music is what carried the feeling in my book. I mentioned the music from the mines of Moria scene. I did listen to the LOTR’s sound track quite a bit in the early phases of my free writing. But I took any music that uplifted or motivated me, from Evanescence’s Fallen CD to the Piano Guys. I think Twilight’s various sound tracks for all of their movies was a major inspiration for me. Evenstar (LOTR) was my inspiration for the final scene before the epilogue in my book.

How Did You Come up With Your Characters?
Well, my initial basis for my Emrys was the LOTR elves. Alas, my Emrys do not have pointy ears. I needed immortals with a flowing, graceful form, strong, lean bodies, and creamy, unblemished skin. Tolkien’s elves were a perfect reference.

I pictured the tall, thin frame of Legolas and his mysterious charisma. In the beginning, he was my Aneirin. The constantly furrowed look of Legolas’s brows are exactly how I pictured my Aneirin.

Galadriel was my Meinwen. The way she moved with grace and her ethereal air was exactly how I pictured my High Emrys.

I stumbled across a “real life” Disney picture of Jane of the jungle. I knew I had found my Ahnalyn with her green eyes and her tiny nose and innocent look. Adorable. But with a hidden determination.