You are here: Home / Fiction / Horror / Mace of the Apocalypse by Daniel J Williams 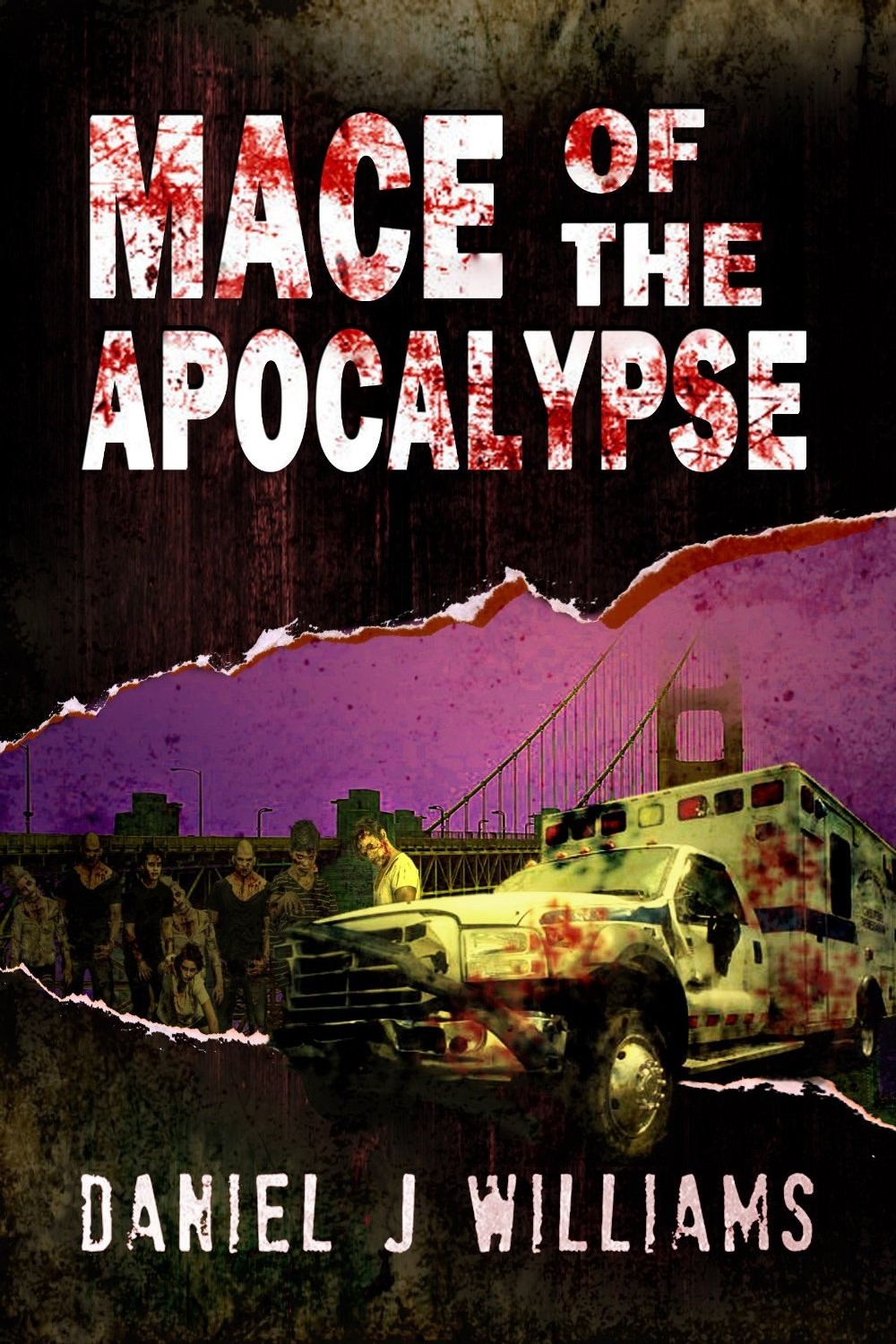 In the heart of San Francisco, a toxin is released on board a B.A.R.T. (Bay Area Rapid Transit) train. Created by Cuban scientists and purchased off the black market by an Islamic militant group, they spike it with alien proteins found inside the “Murchison Stone,” a meteorite that landed in Australia in 1969. The new toxin does more than just kill.
It reanimates the dead.
Mace Marconi, a man with a troubled past, finds himself at the forefront of a living nightmare as the infection spreads. Reluctantly becoming the leader to a small group of survivors, he struggles to retain his sanity as he fails at keeping them safe.
When they unexpectedly come into possession of a small amount of antidote to the original toxin, they find purpose by holing up in a hospital, hoping to develop a cure. What they aren’t prepared for are the complications that arise.
The cure isn’t all they’d hoped for.
As madness descends over the City, war will be declared inside their walls.

What Inspired You to Write Your Book?
I have always been fascinated by apocalyptic fiction, and a zombie apocalypse would be the ultimate challenge for survival.

How Did You Come up With Your Characters?
They developed over time, inspired by the events they experienced.

Book Sample
Mace jerked the car into reverse and plowed into the swarm. As he switched the car into drive, some of the infected dove onto the car while others continued down the Embarcadero and onto the Pier, where they raged against fleeing quarry. Those who remained clawed at the glass and screamed with an ungodly roar.
Mace tried to drive out of their grasp, but their numbers rose with each passing second. They raged to get inside the vehicle and it bounced from side to side. Jade pulled out her gun and shot through the windshield at an infected on the hood, and it sent shrieks of madness through the crowd as they clawed harder to get at them. She looked at the bullet hole and the spider web of cracks the shot created, and began to panic as she realized that gunshots might hasten their demise as they weakened their small fortress of separation.
Mace revved the engine forward then slammed on the brakes, knocking another infected off the hood as Lisa screamed in panic from the back. She twisted around to see an army of red-eyed demons staring at her as they wrenched on the door handles and ripped at the glass and metal. Chelsea sat next to her, staring blankly at the back of the seat in front of her, as inches away the infected fought wildly to get inside.

Buy Mace of the Apocalypse On Amazon