You are here: Home / Fiction / Fantasy / Luke by Toni Cox 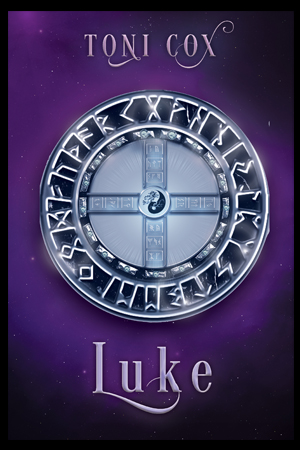 Brought to Elveron by his Elven mother, Luke must learn how to make a living amongst the Elves as a Human. Thrust into the middle of a war between the Elves and the Vampyres, Luke’s education in medicine secures him a position as a Healer.
He is tested to his limits to save the people he loves, but once the war is over, he realises his adventure has only just begun.
At the mercy of a fierce, red dragon; a wily, old court Healer; and a wilful princess, Luke embarks on a journey that will change his life forever.

What Inspired You to Write Your Book?
When I wrote my Elemental Trilogy, which centres mostly around the perils the nation of Grildor faces, I was sad that there wasn't enough space in the books to delve deeper into some of the smaller characters or some of the histories.
I started writing the Elemental Novellas, each its own stand-alone story, allowing me to give those "side stories" life.
LUKE is the forth of those stories.

How Did You Come up With Your Characters?
I love world-building and character development. I can spend hours coming up with interesting planets, countries, cities, and the people and creatures that inhabit them.
It was the dialogue that was initially tough for me – trying to give each character his/her unique voice – but I have spent four years in the company of the people of the Elemental Saga and they have become like family.
Luke may have started out like a little brother back in 2015, but he certainly isn't that in his own book in 2019.

Book Sample
Siana made good on her promises. Luke became accustomed to the dragon beneath him, and his muscles hardened from hours spent in the saddle. Higher and higher they flew, crossing over the Grildor-Bron Mountains and then on down towards Bron.
Bron lay at a higher altitude than Grildor and, as they made their way further west, the altitude climbed. It only dipped to about a mile above sea level in the country of Levandor, before beginning its rise towards the Elben Torrs.
They had seen the mountain range in the distance for days, and Luke could not comprehend their size. They sprawled like a behemoth over the country, ruling it with its sheer mass. Even now, in spring, the peaks’ permanent ice caps sparkled in the sunlight and, as they drew closer, icy gusts blew down from the mountains, rendering the plains before it barren.
“To fly over these mountains is impossible,” Siana told him on the morning before they would cross over into Elbendal. “They are too high for any dragon to fly over, even Midnight. There are ravines and valleys at lower altitudes, a warren of secret routes. Only the warriors of Elbendal have the privilege of this information.”
“I am no warrior of Elbendal.” Luke looked at her blankly.
“You are the consort of one. Besides, I am the princess, so I make the rules.” She patted his dragon on his neck. “FyreStalker knows the way well. Trust him. There will be air turbulence, rain, probably thunder and lightning. Sit your dragon and let him do the thinking.”
Worried, Luke nodded.
“Come, my Human,” Siana laughed. “Time for another adventure.”