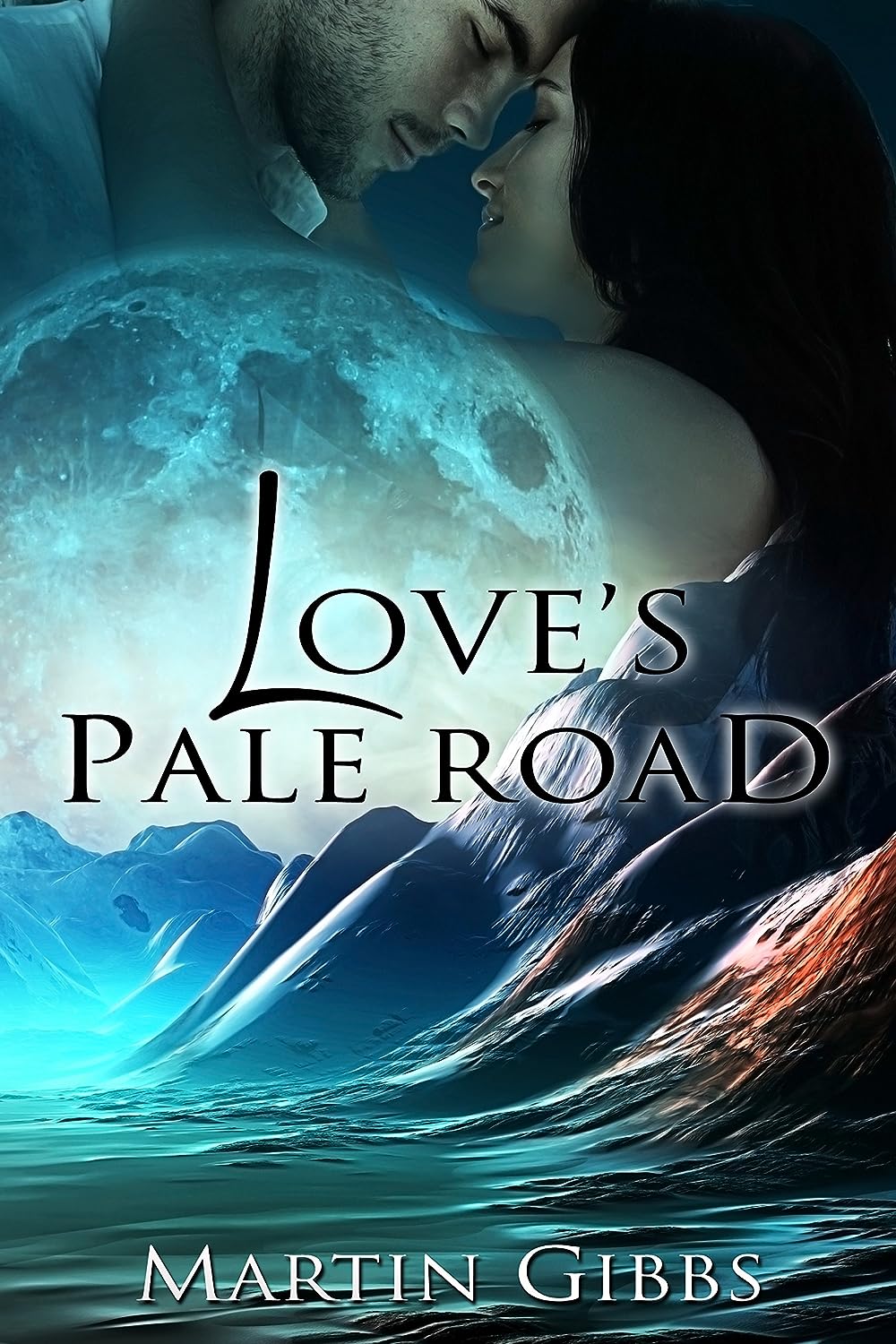 Bailey, a simple farmer, has been tasked by a dead man to murder a dangerous warlock. While he follows the guidance of this otherworldly companion, Bailey finds himself in a dark, scary new world.

So is it merely a love out of convenience, or has Abby honestly fallen for the simpleton farmer who talks to the dead? Her own dark designs will collide with those of the man Bailey follows, but the boy’s young heart cannot easily be torn from this strange new love.

Love is a pale road, for Death waits at the end.

What Inspired You to Write Your Book?
Well, a lot of this story actually comes from my first fantasy book, The Spaces Between: a Novel, but the names are changed and the outcome is totally different. That one starts a trilogy, while this one ends cleanly.

That book wasn’t really selling at all and it was sort of therapeutic for me, as I wrote it after my own father died. Years went by and I realized that it really lacked a human component–sure, the main character was sad and mopey, but that gets old in fiction. I wanted to keep the main twist within, but it needed something/someone softer; a woman’s touch. My wife gave me the names for the characters, and I went with it.

So Love’s Pale Road turns the tables on the you, but it doesn’t have such a harsh, dystopian ending that The Spaces Between had. In love, there is always hope.

How Did You Come up With Your Characters?
My wife asked me once: Why don’t you use your old imaginary child in your books? OK, maybe she didn’t quite state it that way. But my mind started working and working and came up with the Bailey character (in an early iteration, he was Bimb): A man who is simple-minded; perhaps has a slight spectrum disorder; but is nonetheless smart and functional. He’s the kid who’s always picked on, derided, and shamed for his condition. Yet his father loves him and the dead man (Lyn) treats him as an equal. And the bullied often get their revenge, don’t they? In violent ways, too….

Lyn: He is my father, who passed away in 2008. He’s trying to save his reckless son (who is off-camera), who has gotten himself in a world of trouble. Lyn died years ago, but he can visit Bailey between the notes in the music that the young man makes. They talk a lot, and eventually the opportunity arises for Bailey to help Lyn.

Abby: She is a woman I met years ago–just an acquaintance, but her personality and attitude really come out in the fictional character. She has a dark past and doesn’t talk about it. There are scars and wounds. It will be very hard for her to be intimate because of those secrets; in fact, most of her family is dead and she’s probably to blame for some of them. She’ll latch onto any boy that comes along… anybody that will take her away from her own hell.

Book Sample
But Sorchal was talking: “So if this is your farm, then you know the drill.” He looked at me funny again. “Gods help us, you better! Do you?”

“Do I what?” I was thinking about the Great Temple and it made me a little scared that people would attack it. It was a very holy place. But then Fa always said holy places were just places. The Gods were always with us. Why was Sorchal so angry?
“Do you know the drill?” he screamed. He needed a nap. The stranger’s face bunched up like the side of a rotting pumpkin.
“What drill?”

“Gods be—” his fists were white balls and he looked like he was going to hop away. He made a noise in his throat. “How long have you lived here?”

He snorted. “All right, you are useless. Who else is home?”

Useless. Yes. Good ol’ Bailey, useless as always. At least he didn’t say other bad words. I heard enough of those Friday night, when Fa and I went out for dinner. “Who else lives here?” he shouted.

The strange man’s head bounced like a rabbit. I think he was going to say something mean again, but he just ran to the house. He didn’t say thank you. Maybe he had come from the rock. A rock-person would be mean.

About the Author:
Martin Gibbs lives in the snow-covered paradise of Minnesota, where he writes novels, short stories, and poetry. By day he is an IT professional, though his passion for writing has led him down an intricate network of exciting roads.

He enjoys cross-country skiing, biking, and burning béarnaise sauce. He has two very active boys who share his wild imagination, and a wonderful wife who supports all the craziness.