You are here: Home / Bargains and Freebies / Bargain Books Under $3 / Lost in Transplantation: Memoir of an Unconventional Organ Donor by Eldonna Edwards @eldonnaedwards

One Gently Used Kidney, Free to a Good Home.

When 48 year-old single mother, massage therapist and returning student Ellie meets a young woman with kidney disease, she decides to make it her mission to save the girl. Unfortunately, outdated rules made it difficult for altruistic donors, and besides, the woman doesn’t want a savior. Does this stop Ellie from her quest to “be the change” one seeks in the world? Not a chance.

Told with humor and self-reflection, this inspirational memoir of courage and compassion is interwoven with life stories that help the reader identify what kind of person commits the selfless act of organ donation. Ellie,a self-described devout agnostic, is kind but often irreverent. She is generous, but she is no saint. Ultimately, becoming a kidney donor has given her a renewed sense of purpose and fulfillment.

Lost in Transplantation reads like a conversation told over a cup of coffee. Edwards narrative is warmly authentic with just the right amount of humor to balance the serious topic of organ donation. Enthusiastic readers report the book as one that kept them up into the wee hours wanting to know what happens next and deeply affected by the story long after turning the last page. 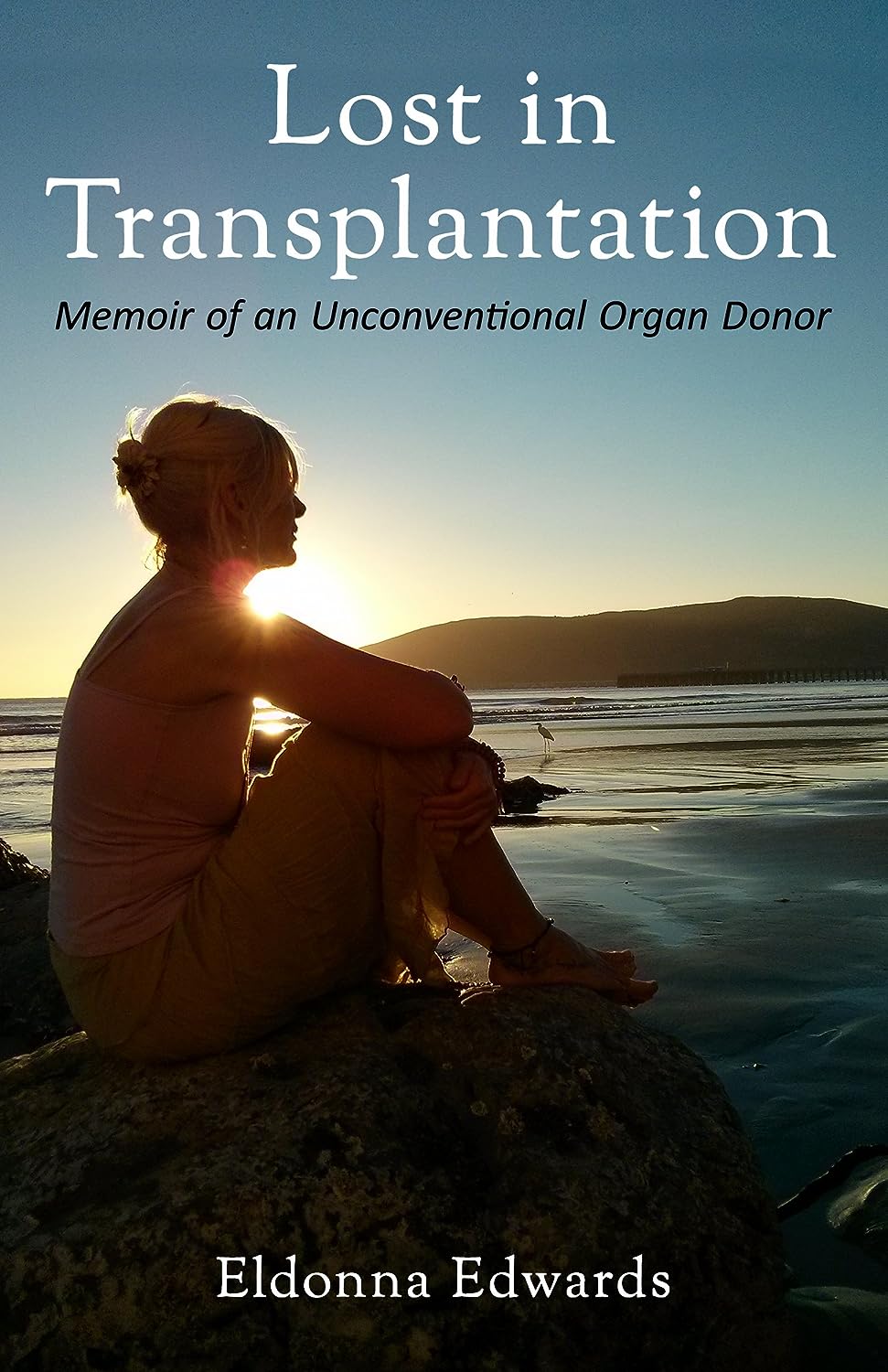 About the Author:
Eldonna Edwards playful, compassionate and approachable style has made her a beloved journaling workshop facilitator for over two decades. Her new memoir “Lost in Transplantation” chronicles a life-changing decision to donate a kidney to an ailing stranger. She’s also the subject of a documentary titled Perfect Strangers that follows one potential donor and one potential recipient over the course of four years. Eldonna lives on the central California coast where she advocates for living organ donation and mindful altruism through panel discussions and speaking engagements. Her debut novel is planned for publication in 2015.