You are here: Home / Bargains and Freebies / Bargain Books Under $3 / Losing Dani Strumm by B. A. Shields 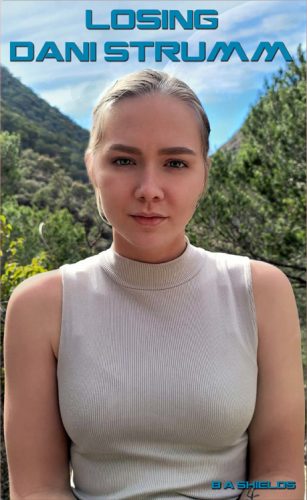 Dani was a natural in school. Her only distraction was an absent mother and her suicidal brother, whom she felt overly protective. Maybe because she assumed the role when her mother abandoned them, or perhaps it was just her nurturing way.

She worked hard after graduating, joining the military to expedite her acceptance and training in the Institute, which almost guaranteed her entrance into the New Earth Corps. This is where she would set her sights on a once-in-a-lifetime mission to Tau Ceti e, the nearest Earth-like planet, where she would become the first woman explorer in deep space.

The mission was only possible once every sixty years because of the strange elongated elliptical orbit of Tau Ceti e, which made it impossible to reach more than once in a person’s lifetime. However, modern technology did allow humankind to get to the edge of the planet’s orbit every sixty years for approximately three months. Dani aspired to travel this great distance to carry out this dangerous and previously failed mission. Unfortunately, the last mission team was never heard from after a scouting trip.

Her job was a simple one. Release scientific orbital satellites around Tau Ceti e to gather important information for team two, which would form a landing and exploration party.

Losing Dani Strumm is a compelling explorative story of self-discovery. It is a surprising tale of forgiveness and redemption. It’s about love, luck, fate, and a complex woman who discovers her lifelong dream is not what she thought it to be.

What Inspired You to Write Your Book?
This book was a dream I had one night. I wrote the details down the following morning, then spent nearly two years putting it together.

How Did You Come up With Your Characters?
I dreamed of her. I believe she is a manifestation of all who are hard-working, honest people who face tragedy in their lives yet press on.