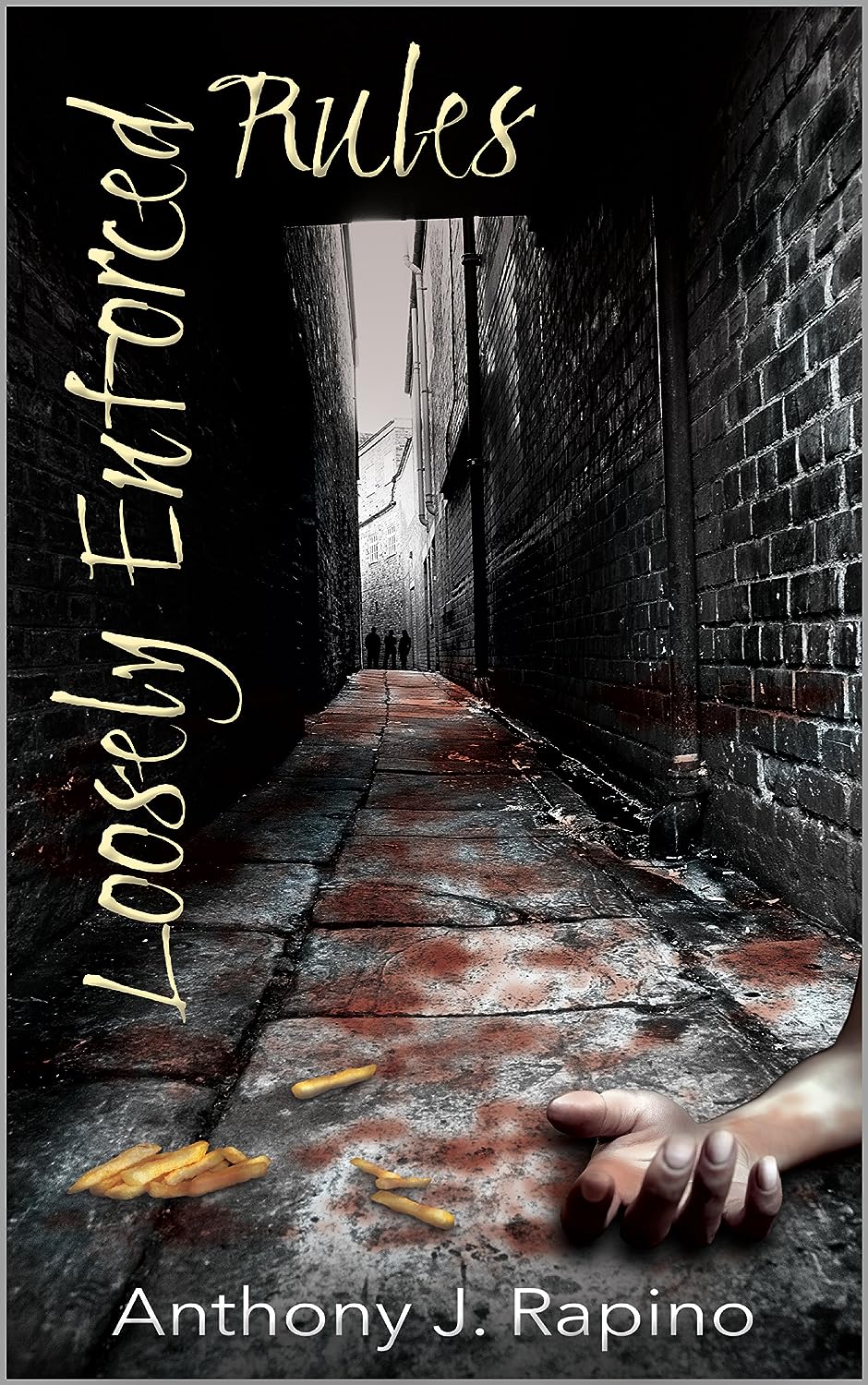 Everyone has rules, whether they admit it or not. For Dave, Philly, and Sunshine, the rules mean everything. When Sunshine becomes cavalier with the group’s carefully laid plans, she puts everyone in jeopardy. Especially herself.

Follow along in this dark story of home invasion with a twist, and discover why loosely enforced rules should never be broken.

“Anthony J. Rapino goes for the jugular with LOOSELY ENFORCED RULES. Gory, cold, calculating—Rapino doesn’t hold back, and neither does his trio of anti-heroes in this unsettling story about a home invasion gone wrong. If you’re a fan of horror and slasher films, you do not want to miss this one.” –Todd Keisling, author of the Ugly Little Things series

Author’s note: I have been told this is one of the most disturbing and bloody stories I have ever written. I’m not sure that’s true, but I felt it wise to advise you to read at your own risk.

What Inspired You to Write Your Book?
This is one of those stories that grew from a specific image. I had this idea of three sociopaths eating french fries. That was it. I started writing, and out came this darkly humorous tale.

How Did You Come up With Your Characters?
Sunshine is a amalgamation of ex girlfriends and lunatics. Sometimes they’re one in the same.

About the Author:
Anthony J. Rapino resides in Northeastern Pennsylvania, somewhere between the concrete of the city and the trees of the forest. On occasion, you’ll find him moderating the feverish battles between the creatures of these two arenas. Whose side he’s on is anyone’s guess.

His debut novel, SOUNDTRACK TO THE END OF THE WORLD, is now available in limited signed hardcover and trade paperback editions from Bad Moon Books: http://www.anthonyjrapino.com/fiction-in-print/soundtrack-to-the-end-of-the-world/

Most recently, he has published two audio books, available exclusively through In Ear Entertainment: https://www.inearentertainment.com/usd/product-category/audiobooks-us

Other fiction can be found in issues of Black Ink Horror, On Spec, Arcane, Electric Spec, A Capella Zoo, Space Squid, TQR Stories, and carved inside a variety of autumn gourds.