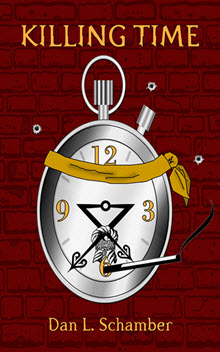 While fleeing through deep space, Sam, notorious for his biblical plagiarism, quite accidentally rescues an all-powerful alien from certain death. Out of gratitude, the little alien grants Sam his one wish: to be the god of his very own planet. But the “god package” didn’t include eternal life, and Sam is rapidly going gray. The ingredient for immortality lies on the planet with Logy, a simpleton and loner who relates more to the ageless trees than finite people. Only problem is, Sam cannot control the inhabitants’ beliefs or behaviors to get what he most needs. With Sam’s death spelling catastrophe for the planet, can the true believers deliver Logy before it is too late?

What Inspired You to Write Your Book?
I’ve long observed that miscommunication and misunderstanding lead to a variety of “idiotic” beliefs and behaviors. The intolerance that is bred from such wide gaps in beliefs has lead to religious cleansings, religious wars, and hatred from one belief to the next simply based on “you don’t belief what I belief, therefore you cannot exist”. In Killing Time I wanted to vent this with humor so I set out to create a fable for modern times that is meant to make you say “how stupid” aloud while realizing that miscommunication, misunderstanding, and blatant blind acceptance of idiotic beliefs express the silliness of the intolerance of the human race..The main character, Logy, represents the tolerance bridge. He just does not judge anyone on their beliefs. And I belief humor is the best way to drive home a dark subject.

How Did You Come up With Your Characters?
The Characters in this book represent not only humans, but ideas. Each character is designed to fit into the framework of the belief or idea he brings to the shaping of the story.