You are here: Home / Bargains and Freebies / Bargain Books Under $3 / It’s Raining Men: A Romantic Comedy by Gwen Ellery @gwenellery

What if you inherited an umbrella that matchmade you with the first person who shares it with you? That’s what happens to Ainsley, Travis, Josie and Carlo in IT’S RAINING MEN.

“Grandma must have been out of her mind.” This is the prevailing sentiment among the four adult cousins in the Lemont family when they hear that their only heirloom is an ancient umbrella—and each of them must carry it around for three months to receive their inheritance. However, they stick to the rules and soon realize the umbrella has magic powers: When two people share it, they fall in love!

Travis in California, Ainsley in Edinburgh, Carlo in Florence, and Josie in Paris go through the most amazing year of their lives and meet up again a year later. Join the cousins during this tender, amusing, touching and romantic year, and you’ll finish their story with a happy feeling deep within. 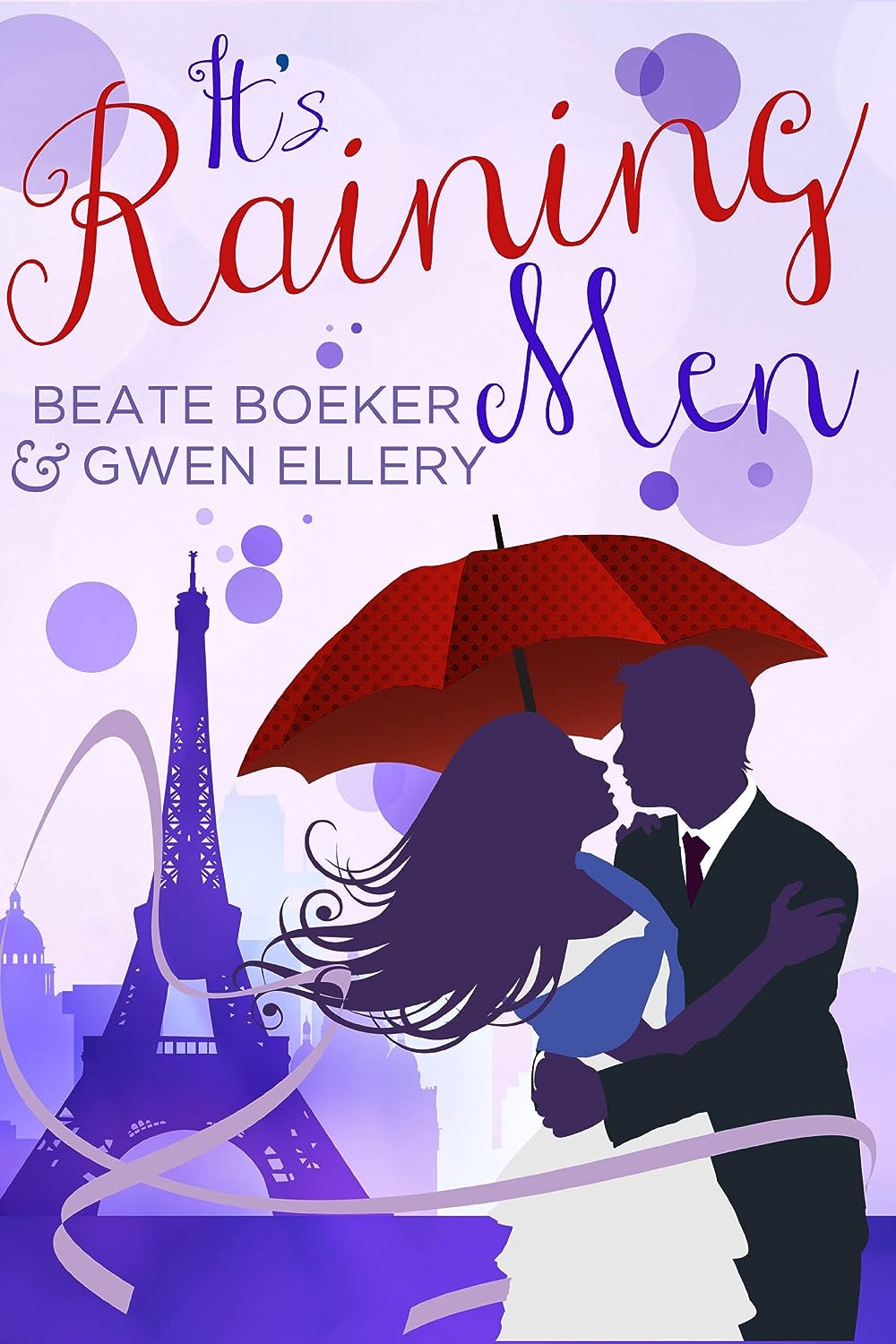 How is Writing In Your Genre Different from Others?
This sweet romantic comedy is set in some of the most beautiful cities in the world and features a unique high concept: A matchmaking umbrella.

What Advice Would You Give Aspiring Writers?
Believe it can be done. And learn your craft.

What Inspired You to Write Your Book?
Love and the belief that everyone can let it into their life if they but open themselves to it.

About the Author:
Beate and Gwen have three things in common: they both live in Germany, are both bilingual, and both have curls. That much they knew when they started to work on this novel together, but not much more. In the months that followed, they realized that working together is amazing fun, and they hope that you’ll feel the same while reading It’s Raining Men.

Gwen grew up in California and trained as an English teacher for expatriates. She married one of her con-versation students and moved with him to Germany in 1998. Since then, she’s been a full-time novelist and screenwriter, with two comedy film credits in Ger-many and several awards for her fiction, including sponsorship by the Arts Council England. She writes romantic comedy novels and sitcom-style novellas.

Beate has been a traditionally published author since 2008 with a passion for books that brim over with mischief and humor. Several of her novels were shortlisted for the Golden Quill Contest, the Na-tion-al Readers’ Choice Award, the Best Indie Books, and the RONE Award. She writes contemporary romances and cozy mysteries.
You can reach Gwen and Beate via their websites: