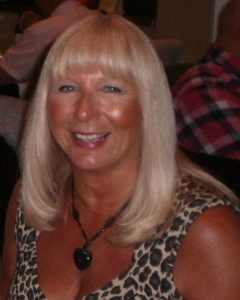 About Yvonne Garnham:
An ex-pat from England, I have published four novels which all feature my adopted county of Spain. I am married with two children and three grandchildren living in England who we visit as often as we can. I never had the time to write whilst bringing up a family and working in HR and am now able to indulge myself in the lives of the characters I write about and hopefully bring some sunshine into the lives of my readers.

What inspires you to write?
I was first inspired to write when I came a cross and old exercise book from junior school where I had written compositions, as they were called in those days. Impressed by the stories written at such an early age, I began to pen tongue-in-cheek articles which were published in a local free newspaper. I then began to write bedtime stories for my eldest granddaughter, and eventually decided to write my first full length novel.

Tell us about your writing process.
I usually get an idea, often in a dream, and create a story from there. My characters develop as the story grows but I usually devote a page to each one, outlining their age and background. Character building is what I enjoy the most about writing.

For Fiction Writers: Do you listen (or talk to) to your characters?
I imagine myself as the characters, what I would do in the situation they find themselves in, how they feel and react verbally to what is happening. Sometimes on a walk I visualise my characters and converse with them in my head.

What advice would you give other writers?
Keep writing and don’t give up. Read dialogue aloud. Take a break for a week or two then re-read your story. Have someone else read it too, preferably not a relative or close friend.

How did you decide how to publish your books?
I decided to self-publish because I was 60 when I first began to write and thought it would be an easier route than trying to find an Agent or Publisher interested in taking me on. I also did not want to have the time constraints of a traditional publishing contract.

What do you think about the future of book publishing?
I think self publishing will increase going forward. Indie Authors enjoy the freedom it brings to them and from the Author Forums I’ve read, those who do well say it is more profitable. Ebooks are not for everyone, there are still lots of people who like to feel a hard or paper back book in their hand, but I foresee Ebooks increasing year on year.

What genres do you write?: Women’s Fiction