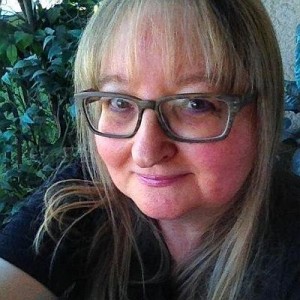 About Winona Kent:
I was born in London, England. I immigrated to Canada with my parents at age 3, and grew up in Regina, Saskatchewan where I received her BA in English from the University of Regina. After settling in Vancouver, I graduated from UBC with an MFA in Creative Writing. More recently, I received my diploma in Writing for Screen and TV from Vancouver Film School.

I’ve been a temporary secretary, a travel agent and the Managing Editor of a literary magazine. My writing breakthrough came many years ago when I won First Prize in the Flare Magazine Fiction Contest with my short story about an all-night radio newsman, Tower of Power. My spy novel Skywatcher was a finalist in the Seal Books First Novel Competition, and was published in 1989 by Seal in Canada, and Bantam in the US. The sequel, The Cilla Rose Affair, was first published in 2001 and was reprinted as an e-book in 2011.

My third novel, Cold Play, which takes place aboard a cruise ship in Alaska, was published in 2012.

My fourth novel, Persistence of Memory, was published by Fable Press as an e-book and trade paperback in September 2013, and is the first in The Memory Books series featuring time-traveller Charlie Duran and her companion, Shaun Deeley.

All four of the above novels were re-issued by New York’s Diversion Books on July 7, 2015. The second novel in my Memory Books series, In Loving Memory, will be published by Diversion Books in 2016.

I live in Vancouver and work as a Graduate Programs Assistant at the University of British Columbia. I’m looking forward to retiring in four years and being a full-time writer!

What inspires you to write?
I have two characters I’ve fallen in love with – Charlie Duran, and her companion Shaun Deeley. I absolutely adore giving them adventures together. I originally wrote one time travel story and then discovered I wanted to write another, and another…I love dreaming up storylines and plotting them out, and letting Charlie and Mr. Deeley encounter things in the past that baffle and fascinate them, while they make crucial decisions about whether or not to interfere. In the real past, I may have struggled a bit to get my stories written, but that’s no longer the case. Because I also work full time, I can’t wait for evenings and weekends and holidays, so I can get back to my writing.

Tell us about your writing process.
I used to write long-hand with a pencil. And I never used an outline. And I literally cut and pasted my paragraphs onto the paper. Then I went to film school and learned how to write screenplays, and I found that the process they taught me worked amazingly well for long fiction too! So now I write straight onto my laptop, and I don’t print anything. All my editing is done digitally, along with a lot of digital cutting and pasting. I also learned how to write outlines, and I use them faithfully, plotting out the entire story in advance. The beauty of digital writing is that you can always use the “Save As” button… over and over again… and you can keep your previous drafts – and that includes outlines – and if something doesn’t work, you can always go back to what you wrote before. So yes, I have an outline – which is completely changeable.

I use a program called Scrivener to do the outline and the actual writing. I’m probably only using a fraction of its capabilities, but it’s very very handy for keeping everything in one place, and organized, and easy to access.

I use Pinterest to store photos of things which are visually important to me. I have a board for each story or novel. I also keep copies of those photos – and many more – in a folder on my laptop that I’ve created for each project.

I do a lot of research online – Google is my friend! Writing about the past is fascinating but I’m a stickler for accuracy so if my novel is set in World War Two London, I’m going to do as much research as I can, so that I become an authority on that time period. I watch films on youtube, read first hand accounts, look at photos, make notes. Lots and lots of notes. And I research the music from that era, too. I immerse myself completely in the time period I’m writing about.

For Fiction Writers: Do you listen (or talk to) to your characters?
Oh yes, very definitely. Each character I create has his or her own voice, and perhaps it’s just a whisper when I first start to write their adventure, but gradually, they take on their own personalities, and have been known to take over the writing too. Because I’m focusing now almost exclusively on Charlie and Mr. Deeley, I’ve come to know them both extremely well. So, no more whispering… I just plot out their story, and steer them in the right direction, and allow them to talk. Sometimes they need guidance, but I have enough confidence in them – and I know them well enough now – that I know they can carry the story from beginning to end.

What advice would you give other writers?
We have so much opportunity open to us now, with different options for publication. Unfortunately the big publishers these days are looking only for best-sellers, right out of the gate. And we can’t all be instant best-sellers. If you are, wonderful! But if you’re like me, and you’re considered a “mid-list” author… we need time to grow our audience. Try to find a publisher or an agent, absolutely. But if you’ve tried and been rejected – don’t give up. Don’t take No for an answer. Self-publish your novels. It’s free and costs nothing but your time. And be prepared to put in the work to promote your stories. And once you’ve done that, keep at it. You might find you like what you’re doing. Or you might want to keep trying to find a publisher or an agent, to extend your reach. There are a lot of opportunities now. I self-published two novels, and two were published traditionally. I now have a contract for my time travel series with a hybrid publisher, Diversion Books, who are prepared to give me the opportunity to build my readership. Never give up, and never surrender. There’s wisdom in those words.

How did you decide how to publish your books?
My first novel, Skywatcher, in 1989. was published traditionally because that was the only way you could be published back then. It was released as a mass market paperback. I self-published my next book, The Cilla Rose Affair, and also my third novel, Cold Play. I learned a lot about PR for books, and what was involved in promoting them. And I sold a decent number of copies, both in ebook and paperback. But there are two things that publishers can offer writers which I value: cover art, and content editing. I can’t say enough about having an editor go over your work, to act as a troubleshooter, to tell you where things need to be changed, cut, or added. To tell you when something’s not working and needs to be rewritten. You can pay thousands of dollars for a good editor. Or you can be lucky enough to find a publisher who’ll take you on, and provide editing as part of the service. Content editing and cover art were the two primary motivators that led me to look for a publisher for my fourth novel, Persistence of Memory. There’s also one more bonus with a publisher – PR support. I’m still doing a lot of my own publicity, but it’s made a big difference having a publisher’s name attached to my books.

What do you think about the future of book publishing?
I love ebooks and I can’t see them disappearing anytime soon. I use them extensively for my research and for my own spare time reading. I also love the idea of Print on Demand paperbacks. I see these two formats continuing to make huge inroads. I also think publishing houses which concentrate on offering those formats will become more prominent. It means no expensive inventory sitting in a warehouse somewhere, and no unsold books sitting in bookstores. It also, unfortunately, means there will be fewer books actually sitting in brick and mortar bookstores. I wish there was a happy medium where people could browse books in bookstores, and then, when they were ready to buy, they could have a copy printed up in a matter of minutes. I’m not sure that idea is even feasible. I’d like to think it could happen.

What genres do you write?: Espionage, adventure, accidental time travel