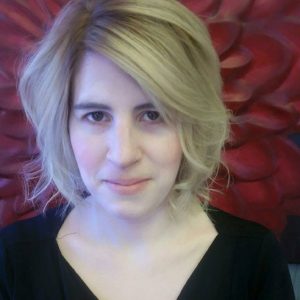 About W. T. Fallon:
I have few marketable skills, but I’m highly talented in the areas of sarcasm, satire, and snark. For the past several years, I’ve written for the local Gridiron Show, and this year I started a blog called Sharable Sarcasm. I was recently published on The Satirist, and regularly write for Humor Outcasts.
The 2016 election provided so many opportunities for humor that I decided to write my first novel, a satire called Fail to the Chief, which tells the story of the world’s first presidential election by reality show. The book follows presidential candidates through a series of challenges created by the American public, including fast food jobs, presidential boxing matches, and hot-seat interviews where the candidates are hooked up to polygraphs.

What inspires you to write?
I think I’m inspired by the fact that I have a lot of strong opinions, and I feel the need to express them.

Tell us about your writing process.
I’m a pantser. I can’t outline, it just doesn’t work for me. If I had to know everything I was going to write before I started, I promise I would never start.
I usually get my better ideas while running on the treadmill. That’s how I came up with the concept of a reality show to find the next president. When I sit down to write, if I don’t know where I’m going with the story, that’s okay. If I don’t have a good idea, I write my best bad idea. Often I’ll write several pages before I get somewhere that I think, “Okay, this I won’t delete.”
You do have to be a good self editor when you write this way. Be prepared to delete a lot of stuff when you get where you’re going and no longer need all the stuff you wrote getting there.

For Fiction Writers: Do you listen (or talk to) to your characters?
I’d like to talk to some of my characters. But I can’t say I’ve ever had a conversation with one. I play out conversations they have with other characters in my head though.

What advice would you give other writers?
Find a good critique group. Mine has helped me immensely. Fail to the Chief was originally going to be a short story until some members of my critique group convinced me it should be a book.
If you can’t find a local group, there are some good ones online.

How did you decide how to publish your books?
Years ago I wrote some now-trunked novels, tried querying agents, and got nowhere. Eventually I decided I wanted to self-publish. Then I thought maybe I’d do that with my next novel, because maybe the ones I trunked weren’t that great. They probably weren’t.
So I spent the next two years working on another book, and by the time I finished the optimal time for self-publishing had passed. I’m not saying you can’t still self-publish successfully, you can. But it is a LOT harder to get noticed now, because of the sheer number of people who have self-published.
Ultimately I reconsidered my desire to self-publish. I ended up going with a small indie publisher, Oghma Creative Media. They’ve been really great. I had input on the cover, and they did a good job of editing the manuscript without turning it into something unrecognizable (my main fear about going with a publisher vs. self-publishing).
Year ago, I wanted to be published by one of the big publishing houses, but now I realize that was not only unrealistic, it was probably a bad idea. If I did not have the opportunity to go with my publisher, I probably would have self-published.

What do you think about the future of book publishing?
I’ve done a lot of reading about the publishing industry, and several things stand out to me. One, the big five publishers in New York are not in great shape right now. They haven’t changed with the industry, and they’re losing money. Do you know what category of books sold the most last year? Coloring books. That tells me the big publishers have forgotten how to find good stories and are focusing on whatever they think will make money.
One of the only categories that actually grew last year was audio books, so I think it’s becoming more important for authors to have an audio book version of their novel.

What genres do you write?: Humor, Satire