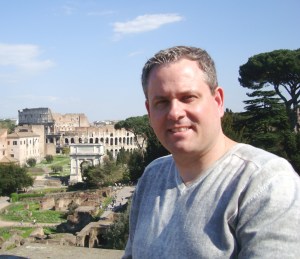 About Trae Stratton:
Trae was born and raised in College Point, Queens, New York. In his senior year at Wagner College he won the Jack J. Boies Award for Creative Writing with a short story called “Guns.” After graduation, and a brief bartending career, he joined the NYPD. While on patrol, Trae’s people skills soon earned him a Community Policing assignment where he mitigated countless quality of life issues. Ten years into his career, his writing ability secured him an appointment to the NYPD’s internal magazine SPRING 3100. As a staff writer, he quickly distinguished himself by covering numerous events that focused the NYPD in the national eye including the Blackout of 2003, the Papal Visit of Pope Benedict XVI, Annual 9/11 Memorials and the “Miracle on the Hudson.” In 2008, Trae was rewarded for his commitment to chronicling the prestigious history of the NYPD with a promotion to Detective. After 20 years of service Trae then retired to fill an urgent vacancy at home: Mr. Mom. He has always enjoyed writing and continues to outwit the forces of nature and temptation to make time at the keyboard. His debut novel, “To Have and To Hold,” is a charming reminder that life could indeed be fun before cell phones and that happy endings do exist in the real world if you’re brave enough to believe in them.

What inspires you to write?
Magic Moments.
Life is filled with them. Some of them are big and loud. Some of them are acutely personal. Movies illustrate them best of course: Like when Richard Gere walks into the factory and swoops up Debra Winger at the end of “Officer And A Gentleman,” or when Han Solo emerges out of the sun to help Luke blow up the Death Star, or the ring announcer in Rocky says: I’ve got to give that round to Balboa.” Trying to capture moments like that, crafting them into scenes and getting them down on paper whether they’re spine tingling, heartfelt, or lump in the throat sad- for me, that’s what it’s all about.

Tell us about your writing process.
I am a spontaneity guy. I like to sit and see where the scenes take me. Robert E. Howard once described his process akin to having his main character standing over his shoulder telling him what happened while he simply wrote it down. That’s always worked for me. I would add that sometimes they need a little prompting, they forget the details every once in awhile so it’s good to have a general map of where you want to go. If the story is like driving from New York to California it’s good to have dots on the map to stay on course, but I don’t outline the trip route by route with a highlighter. Using that as a visual, you can imagine me looking back over my shoulder and asking: “Wait a minute! You were in Ohio and now you’re in Kansas, didn’t anything happen in Indiana, Illinois or Missouri? That’s three states? Something had to have happened!” Hopefully the answer is: “Oh right! Thanks for reminding me…” and then I’m off and typing again- Lol. Some might call it lazy, but I believe preserving that flexibility and ambiguity through the process enables my characters to breathe and grow in unexpected ways, which makes the writing fun and hopefully, the story more enjoyable for the reader.

For Fiction Writers: Do you listen (or talk to) to your characters?
Both. As I’ve just described it is part of my process: that feeling of having them looking over my shoulder while I write, telling me what happened. Still, you have to be careful. Sometimes these characters forget the details, so I keep a notebook detailing birthdays, wedding dates, eye colors, pets names, etc as they emerge. Other times they barge into your thoughts when you least expect and can’t wait to talk, or start telling the story out of order, or late at night, or when you’re in the car driving your kid to school, and you have to get the pertinent nuggets of that stuff down so when you’re back at the keyboard again, you can “remind them” what they were talking about and pick it right up. It strikes me, that answering questions like this, in the manner I just have, is why people think writers are crazy…

What advice would you give other writers?
Buy and read Stephen King’s “On Writing.”
Keep a Notebook for each story to reference important minor details (Was that broken arm in 4th grade or 5th?): You WILL FORGET these details and need a handy place to double check them so you don’t have to waste time looking for them again and sharp readers don’t slam you for stupid mistakes.
Listen to lots of advice and tricks of the trade and then use what works for you.
Be flexible when your characters tell you they want to go somewhere else…

How did you decide how to publish your books?
When I delved into the “find an agent/publisher” ocean it was an exhausting and fruitless endeavor that dragged on for about six months. At that point I discovered that most agents and publishers wouldn’t even look at a book as long as mine. Apparently, 130,000 words is just too much for them to take a risk on. My advice to new authors is to keep their work around 60,000 words to have any shot getting out of the slush pile. Now maybe I gave up too soon, but after working on my book for so long, I simply could not stomach having it sit around and gathering dust for any length of time, so I self-published it through CreateSpace on Amazon. I chose them because with one stop I also got an automatic Amazon listing and Kindle conversion for an ebook. In the end my book is out there. It’s easy to find. People are reading it. I would love to have an agent and a publisher, but I have no regrets about the path I’ve taken so far.

What do you think about the future of book publishing?
The digital revolution will continue, and as kids who prefer electronic devices get older and have more money in their pockets, print books will get sidelined and downsized until they are offered only as collector’s items- just like vinyl albums. Once ebooks become preferred by the many, the downside might turn out to be that the price of digital books escalates and the book self deletes once your paid for reading rights to them expire.

What genres do you write?: Family Saga, Fantasy, Science Fiction and Psychological Thriller.