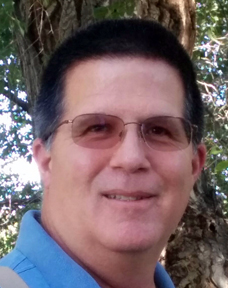 About Tory C Anderson:
Although an avid reader all of his life, Tory Anderson didn’t discover the magic of writing
until he was in college. By the time he graduated with a master’s degree in English he had plans
of doing nothing but writing for a living. However, his own story had surprises in store. The need
to support a wife and eight children distracted him from writing for many years. All the stories
he read, and still reads, to his children inspired him to pick up the pen once more. He lives in Levan, Utah, with his
wife and children.

What inspires you to write?
The power of books continually amazes me. Superheroes are often created when some radioactive substance mutates them. Books are the radioactive substance in my life. They have changed me into a better, more powerful being. I want to be that kind of power in the lives of others. I can’t imagine a greater high than what comes after writing a beautiful scene.

Tell us about your writing process.
My stories gestate inside me like a baby until they are ready to burst out like Alien. If I could outline on paper I would because it seems that would make writing easier. Unfortunately, to attempt to outline on paper stops my creative process. I find that I have to busy myself with other things when I need to figure something out and let the crystals form in the dark. Eventually I sit down, let the sunlight in and see what I have. The sunlight through the crystals is a beautiful thing. This sounds very random, but something difficult to explain is guiding the process.

For Fiction Writers: Do you listen (or talk to) to your characters?
I’ve never talked to my characters themselves, but I talk to my beta readers about them as if they are living friends or acquaintances of mine.

What advice would you give other writers?
All writers want as large as audience as they can get. This is natural and right. Even so, your most important audience is yourself. I believe this is a deep truth. If your writing does not share your heartbeat it doesn’t live. Write the book that you want to read even if you think a publisher won’t take it. Even if you try to write for the publisher they may not take the book and then you are left with nothing to be proud of.

How did you decide how to publish your books?
There is a certain prestige to being able to drop the name of a traditional publisher. Like most unpublished authors I believed that being picked up by a traditional publisher meant automatic success. I’ve learned that is far from true. A miniscule number of authors are accepted by traditional publishers, and an even smaller number see success after that. Traditional publishers publish what they think will sell despite the quality of the literature. I’m an educated reader. I know what I like. I write books influenced by those books. I bring in educated beta readers and skilled editors (traditional publishers can’t corner that area) to ensure the quality of the final product. I study book covers on the market that excite me and hire a designer to help me meet that standard. With all the online guides, formatting a book to the industry standard is not difficult. Rather than knock myself out against the walls of publishing house (or an agent) I independently publish and let my books see the light of day. I have a small, but growing audience. If I was playing the traditional publisher’s game the odds tell me that I would have no audience and little hope. Check out Hugh Howey’s story. That kind of success won’t happen often, but it’s far more likely than with the traditional publisher game.