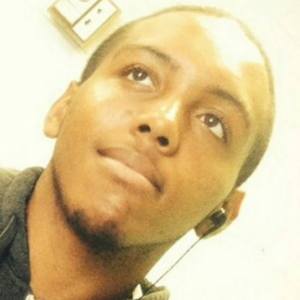 About Tonne Odom:
Tonne LeBrandon Gerhoid Odom was born on March 29, 1994 in Jackson, Mississippi. He was then raised in Walnut Grove, Mississippi, where he graduated from Leake County High Schook, formerly known as South Leake High School. Upon graduation, he released his first novel, “A Good Marriage Gone Bad” on July 5, 2013. He then decided to further his education by attending Rust College in Holly Springs, Mississippi, where he is currently majoring in English Liberal Arts. Odom has recently released the new edition of his second novel, “Sade Evans” on March 1, 2015. The novel was originally titled “Sade Evans: She Will Kill to Be Happy.” Odom is a young man looking to make a name for himself in the book world.

What inspires you to write?
I write because it is my passion. Writing is something that I can’t live without. I love to sit down and make up different type of stories to entertain people with. There are others things that I love to do, but writing will always be my number one thing. God gave me this talent, and I want to share it with the world through my books.

Tell us about your writing process.
When it comes to a writing process, I must say that I don’t really have one. The way I go about writing my stories is that I will first come up with the title of one, and then I’ll sit down and start typing out a story. I make everything up as I go along with it. Before I began typing out my work, I would usually go to Dollar General and purchase many packs of loose leaf paper so I could work on my books. I would do my work at school, but I would also work on my books when I was done with my schoolwork. My classmates would sometimes say that I was crazy for wasting up so much paper.
I would sometimes get mad at them for trying to talk about me, but then again, I didn’t care, because I was doing something that I loved to do in my own way. Besides, I didn’t have my own personal laptop back then. First, I would write out the rough draft story. Then, I would go back through checking over for errors of any sort with a red ink pen and sometimes a black ink pen when I didn’t have a red one. After that, I would rewrite out my final draft with a black ink pen and then I would move to typing them out in whichever way I could.
It wasn’t until my freshman year of college that I was able to finally purchase my own laptop. Besides the fact that it would make doing some of my college assignments easier, it would also give me time to work on my books and it did. I loved writing on paper, because I love to write in cursive. My writing is neat, but at the same time, people find it difficult to read for whatever reasons. There are few who can read my writing and I think that they are real special if they can read it. But typing out a story is much easier in my opinion.
When I do work on a book now, I just sit down and start typing. The process hasn’t change for me, because the only difference is that I now type instead of write out my work. I think that every author has their own process of writing. I’m just the type of person where I can make up things on the spot. My creativity shows through my work. Readers will see that I have a mind that will leave them asking many questions about my books.

For Fiction Writers: Do you listen (or talk to) to your characters?
As I write my stories, I just think about how a character would act or what they would say in whatever situation I am putting them in my book. I grew up watching a lot of shows and movies of all sorts about different characters expressing many emotions about the things that they were going through. It is a process that I think many authors find interesting as they bring their characters to life. Also, I have this thing where I will give specific details on some of my characters in my story. When I describe my characters, I make the readers think as if I am talking about a real person, but I’m not. One of the best parts about writing books is making up the characters to go along with it.

What advice would you give other writers?
I would advice other writers to don’t be afraid to put whatever it is that they are thinking about down on paper or type it out on the computer, however they write their books. They shouldn’t be afraid if whether or not readers will like their work. You have to put it out there in order to know if you got what it takes or you can learn about what you need improving on. If everyone wrote the same, I don’t think books would be important. That’s why I feel that is great to have different writers of different backgrounds to bring many different ideas into the writing world. And the last thing that I want to say is make sure that writing is something that you really want to do, because everyone should have a job that they take interest in and enjoy getting paid to do.

How did you decide how to publish your books?
I had first decided that I wanted to be a writer when I was in the fifth grade. My class had to do a project where we designed our own books and made up our own stories. I remembered how much I enjoyed illustrating and writing my own book. When I read to the class, everyone loved my book and that’s when I realized that I wanted to be a writer. I searched for publishing companies to accept my manuscripts and they mostly turned me down. Then, the ones that accepted me wanted money that I didn’t have to publish my book. It took me years before I finally found what I thought was a good deal with a company named Published America who are now America Star Books.
It was a bad experience that I used to regret but I thank America Star Books for what they did to me, because it taught me about the dos and don’ts of how to conduct business with publishing companies. I then chose to do self-publishing with Amazon’s Createspace Independent Publishing, which was another mistake I made, because I missed an important rule about self-publishing. One rule that I figured out on my own is to not self-publish if you don’t have the money to promote yourself and your book. You must be care when it comes down to working with publishing companies.

What do you think about the future of book publishing?
I’m really not sure about what to say about the future of book publishing. I mean technology is taking over more and more as the days goes by. I think that it’s a good thing to advance the way we read books by putting them on kindles and all sorts of other reading devices. But at the same time I know that there are some people who prefer to read a normal book. I’m the type of person where I can deal with both, but if it comes down to it I prefer to read a book.

What genres do you write?: Fiction, Suspense, Thriller