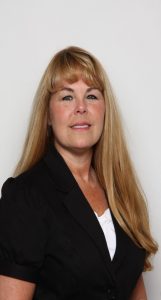 About Toni House:
Toni House Best Selling Author and Entrepreneur.
She loves writing and telling stories. Unable to start writing until 2009 just because life takes over. College, marriage at 19 while in college, then kids, and business. Then one day kids are out of house then an unexpected divorce after 26 years of marriage. Then the economy tanked. And Toni wanted to help families so her first non-fiction self help book was published in 2009 and then her second non-fiction self help book was published in 2010. She wanted to help people feed their families while on a strict budget. So Save Your Money Save Your Family 28-Day Plan to Recession Proof your family was born. Then came Guide to Savvy Shopping Skills in 2010. People were struggling and her heart was breaking.
Then in 2015 she finally published her first fiction novel “Song Of The Red Wolf” A ghost story. Book 1 of “The Tala Chronicles.” Based on true events told by a 73 year old man. (more information on the bottom of the page)

“Butterfly Wings”. Book 1 The “Tuscumbia Cove Series” Out late summer 2016. Toni’s 4th series takes place in the small town of Tuscumbia, Alabama.
Toni was born and raised in Alabama and Toni lived in the western United States for many years and now she resides in Decatur Alabama with her family and two of the sweetest fur babies on the planet.

What inspires you to write?
Love, life and everything in between. There is so much a person can write about. Just look around. People have such an amazing imagination, if we would just slow down long enough to let our world sink in. I could write 600 books right now. If I had the time.

Tell us about your writing process.
For me, I read a lot, and listen a lot. I listen to people talk about their lives, what they don’t like what they do like. I listen to the sounds out doors. The wind blowing the leaves, someone cutting grass and child’s laugh or cry and tiny dog bark. I love watching movies.
So I generally start with a title. Believe it or not. Then with the main characters name and who she or he will be. Once I get that emotional connection then I do a pitiful outline of sorts. It’s not great or pretty and NO, I do not know how the book is going to end when I first start. (That happens as I write, as the story takes over. Then I can figure out how big the series will be. Meaning a 3 book series with a 3 book miniseries or a 10 book series.)
I also don’t know until in the middle of the book should I kill a character or not. Every written step I take must move the story forward. And I work really hard with pacing and keeping the reader guessing. I like to make the reader think they have it all figured out when bam! the reader says I didn’t see that coming.

Writing is wonderful. It’s the writers world he or she can write what ever they want to create. I do use some software part of the time. But, only so I can move scenes around. I don’t write individual scenes or character sketches in blocks then move them to the main document. For me that takes too much time.

I mostly use word and when I am finished my final draft I then send it off to my editors. (You can never have too much editing. In my opinion.)

For Fiction Writers: Do you listen (or talk to) to your characters?
I love my characters. And I want my readers to love them or love to hate them. (I hope you get that) Even the villains or villainous all have deep seeded issues. There are reasons they are the way they are. No one’s perfect. No matter how hard they try. No one fit’s in everywhere. You just have to learn to except who you are. And tell the rest of the world.”If you don’t like me. That’s your loss, not mine.”
I talk to my characters, I listen to them. If while you are writing you can connect to each of them. Inside each of their heads they will let you know who they really are and what they want to do and how they want to do it.
The funny thing is. Sometimes my characters scream at me. Seriously. It’s because that character is 25 pages ahead of where I am writing. (I can not write fast enough most of the time to get the story down on paper.) So my characters will scream at me.
The most important part of my characters. Is that I want the reader to have the same emotional connection with them that I do. If the read loves them great if the reader hates them that’s great too. Then I’ve done my job.

What advice would you give other writers?
If you are a beginner, don’t give up, don’t get frustrated. Break the story down in small parts. Which ever part you know get it on paper. If it’s the ending write it down. If you only know say the title, and the over all idea. That’s ok. Write down what you know and build from there. This is where I use my pitiful outline. It helps with plugging in the pieces. Then I build from there.
But, there are times that I can not plug in the pieces. So that means one of twp things: One I do not have enough material to continue to write. So I need to do more research, more reading in the genre I am writing in. Or two it is not something that should be written at all. And the great thing is, even as a beginner you will know that.

How did you decide how to publish your books?
My first two books were traditionally published. Which was a wonderful experience. But, as time and publishing has changed authors have different options for getting their books published. Just do research for the best option for you and what you want to accomplish. Just be aware that writing does not mean you are going to get rich quick just because you have a book published. Of course that does not mean you could not be the next J.K. Rowling. Because you very well could be. Who doesn’t want to be her?

What do you think about the future of book publishing?
I think right now Amazon is the mega kid on the block. And even the big power house publishers are having to merge with each other to just survive. The big power house publishers have to pay Amazon an enormous amount of money to use Amazon. So I honestly think. Unless something major happens. Which of course could. Amazon is only going to get bigger and more dominate in the book industry and I believe we will see some major players still have to take less money and only publish for major, big time authors.
Which in turn will push most writers to Amazon and into Indie publishing.

What genres do you write?: YA, Paranormal, Ghost, YA Family Saga, drama, romance and non-fiction selfhelp

What formats are your books in?: eBook, Both eBook and Print, Audiobook