You are here: Home / Interviews With Authors / Interview with Author – Tiffany Cherney @tiffanycherney 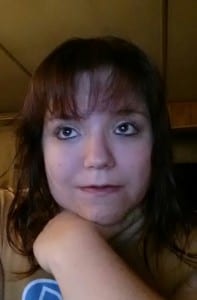 Author Bio:
Tiffany Cherney is a stay at home mother, wife and college student finishing up her Bachelors in International Relations. In December 2013 she released her debut novel, Vengeance of Segennya, the first in the fantasy series Birthright Secrets. She lives in Michigan with her son, husband and two furry “kids” that just happen to have four paws and be puppies. When she’s not writing she enjoys reading other people’s books, gaming and essentially all things geeky. She is currently working on the direct sequels to Vengeance of Segennya as well as other projects.

What inspires you to write?
Pretty much anything, I get inspired at times from the littlest things that happen around me so inspiration doesn’t come from just one spot in particular. For example it could be an unrelated conversation I’m having with my husband and I’ll find a piece of it to somehow put into my stories. (He’s used to this.) As far as what drives me to write and inspires me to keep going, I’ve just always done it. I took like a three year break where I didn’t write too much at all and it feels odd looking back at those days since I’m back in the habit of pretty much writing a little bit every day. So as somewhat cliché as it sounds the love of writing and the story I tell inspires me to keep writing.

Tell us about your writing process.
I’m about 95% a seat of the pants writer. The missing 5% is because I do outline, especially if I’m stuck and need to see the story in a clearer light but often my characters go and take me different directions that makes the outline null and void. I’ve lost entire chapters that were outlined because of this wandering, I could reign them in but I find the deviations more enhancing to the story than hindering. If I’m outlining I go the old fashioned route of doing it in a notebook usually in the back of the one I’m using for occasional writings if I’m not at my computer. I lack any artistic talent overall except for words so I don’t sketch out characters except for drawings that never see more than the nearest trash can. I do sketch out things related to my characters like my main character in my first book had a birthmark I wanted to make live in more than my mind and that turned out well enough to share.

For Fiction Writers: Do you listen (or talk to) to your characters?
I listen to them, sometimes they tell me if I’m just trying to make them do something that’s stupid and adds nothing to the story or if I have to let up on a particular tangent I have them on because it has gone on way too long. I haven’t quite gone to the whole talking to them, though it has been tempting at times when they get too unruly in regards to doing what I want but definitely I listen and sometimes end up talking like them.

What advice would you give other writers?
One- don’t give up, it will look bleak at times and like nothing is gaining much traction but don’t give up. Your debut novel especially will take up time build up a readership. Don’t be afraid to change things up and silence the voice that says your works sucks and is not good, etc. It will pop back up every new story but don’t let it take hold of you and ruin any forward progress you might have otherwise.

How did you decide how to publish your books?
I decided after I toyed much earlier about going the traditional route that I would like to be in control of my story and looking at it I wasn’t sure if my story would get picked up but my first readers encouraged me to publish. For new authors- look at both and weigh the amount of work that both entail since while self- publishing opens a whole new world its not for everyone.

What do you think about the future of book publishing?
I think we’ll be seeing a blend of traditional and self published authors of similar success which we’ve already begun to see. By no means is self publishing going anywhere but I also think we’ll a lessening of the critique of self publishing due to its overwhelming access which still causes it at times to be seen as less serious of the two routes to go for authors.

What genres do you write?
Epic Fantasy, Romance Fantasy, Fantasy