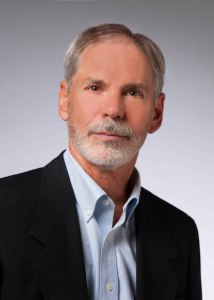 About Terry Ambrose:
A painting of three mountains inspired Terry Ambrose to write his first short story when he was a child. The painting was titled “The Three Sisters” and the story, which he called, “The Great Spirit,” was about how the sisters angered a powerful god, who then transformed them into mountains.

Terry started his business career skip tracing and collecting money from deadbeats. During his first day on the job, he learned that liars come from all walks of life. He never actually stole a car, but sometimes hired big guys with tow trucks and a penchant for working in the dark to “help” when negotiations failed.

Much like his protagonist in the McKenna Mysteries, Terry is a baby boomer, has a quick wit, and likes to follow a hunch. He and his wife live in Southern California where they run their own small business.

What inspires you to write?
I enjoy learning new things. Writing gives me a way to exercise my imagination, explore new places and things, and do things I might never do in real life. For me, it’s a release that can be challenging and fulfilling. I love the process of taking a raw idea and eventually transforming it into a story that entertains readers. The fact that I can create a story that makes others laugh, cry, or bite their nails in anxiety for a few hours is an enormously powerful drug. If I can make them feel all of those emotions in one book, that’s pure gold.

Tell us about your writing process.
I’ll call myself a plotting pantser. By that I mean that I give myself some basic story questions in the beginning, then build from there. For instance, for “Big Island Blues,” I knew I wanted to deal with reliability of information on the internet and center the story around the Big Island Jazz and Blues Festival. That led to a question of why would a young, up-and-coming jazz singer disappear just days before the event that could be the opportunity she’d always dreamed of? Was it just nerves? Or, something more sinister?

After I have a story question, I tell the story by writing it out as a synopsis. This includes backstory in one section, then the current-day story in another. The synopsis will probably be 5-10 pages long. Once that’s complete, I’ll start outlining scenes. That process begins with two critical questions: what is the stimulus that brought the story to this point and what is the point of view character’s response? From there, I determine which character’s point of view will give this scene the biggest impact, then ask what the character wants to accomplish (goal), what will stand in her way (conflict), and what outcome could complicate the character’s problem (a disaster). Only after I know all of that, do I start to write. It takes time to go through all of those steps up front, but the time it takes to complete a book is reduced substantially because on any given day, I know exactly where to let my imagination take flight for the day’s writing.

For Fiction Writers: Do you listen (or talk to) to your characters?
I always try to get into the heads of my characters, which isn’t necessarily the same as talking to them. My writing is heavily influenced by motivation. What does this character want most? Or least? How far are they willing to go to achieve their goal? As the writer, I know what I want those goals to be, but that’s not always the same as what the character would want based on his or her background, values, etc. If I understand my character, I can think like that character. After that, the writing process just flows.

What advice would you give other writers?
The best advice to any writer is to write, write, and write some more. Practice may not make perfect, but it certainly makes better. Focus on the craft of writing and constant improvement because in this business “good enough” isn’t. Take classes, get into a critique group, and listen to what others tell you is wrong. You don’t have to listen to how they want you to fix the problem, but do pay attention to the identified problems. Above all, be critical of your work.

How did you decide how to publish your books?
I pursued the traditional publishing route for nearly twenty-five years before deciding to publish independently. The best thing I got from all that rejection was a drive to write better books. Once independent publishing became more established and accepted, I decided it was time to go that route. My advice to others is to try the traditional route first. Spend a year trying to break in. If you make it, that’s fabulous. If not, the experience will cause you to look more critically at your work. The system lets you test your skills in the real world.

What do you think about the future of book publishing?
As the number of independent authors who hit the bestseller lists increases, the pressure on traditional publishers to bring greater value to the table will also increase. The hybrid author, the one with books published traditionally and independently, will likely become the model for the future. We’ll also see more services targeted at independent authors. This is a huge pothole for prospective writers who could easily be persuaded to pay for services that might be performed by someone with very little expertise.

What genres do you write?: Mystery, Thriller, Suspense, Cozy