You are here: Home / Interviews With Authors / Interview with Author – Terri Herman-Ponce 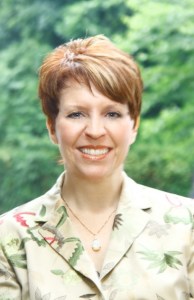 About Terri Herman-Ponce:
Terri looks for any opportunity to make stuff up. She thinks anything that can’t so easily be explained is worth an extra look and often makes a great story. She loves red wine, scotch, sunrises, Ancient Egypt, the beach—and a host of other stuff that would take too much real estate to talk about. The youngest of five children, Terri lives with her husband and son on Long Island. And, in her next life, if she hasn’t moved on to somewhere else, she wants to be an astronomer. Terri’s fascinated with the night skies almost as much as she’s fascinated with ancient Egypt.

Terri is a member of member of Sisters in Crime and Mystery Writers of America, and you can read about her at http://terriponce.com/.

If you love social media, you can also find Terri on Facebook at https://www.facebook.com/Terri.Ponce.Author and on Twitter at https://twitter.com/TerriPonce. Come visit. She’d love to hear from you!

What inspires you to write?
Writing is something I live and breathe, and I can’t imagine a day passing without doing it. I’ve always imagined stories in my head, even when I was a little girl, and over time I realized that I wanted to write the stories I wanted to read. I have a few characters who inspire me — David Bellotti, specifically, because he’s a perfectly imperfect Alpha Male — and it’s music that usually sparks my creative side. A song can come on and in an instant I’ll have a story idea or a scene come to life in my head, and I’ll write about it. For me, there’s nothing better.

Tell us about your writing process.
Oh man, I’m a hybrid. I’m a pantster in that I don’t know exactly where a story will take me. I have a general idea of what I want to write about, of how a book will start and end, and then I put the characters into situations that test what they’re made of, and I watch how it all unfolds. In that respect, I write as a reader. But I’m also an outliner, but only one chapter at a time. I need to have a sense of what has to happen immediately next so that I can keep track of suspense and red herrings and hooks and all that. In the end, I’m also a write-itor because I will write a chapter and revise it two, three, or four times before moving on to the next. I just can’t get all the words out at once and then go back and edit my book in total. I tried it once and it failed miserably!

For Fiction Writers: Do you listen (or talk to) to your characters?
My characters are in my head all day long, and I envision them in everyday situations. I listen to what they have to say but I never interfere. I don’t interview them and I don’t ask them questions. I observe, and then I throw challenges their way — sometimes very difficult ones — to see how they would react and just what they’re made of. And I use what I learn about them in my books, to make them as realistic as possible.

What advice would you give other writers?
Write your stories because you love it, not because you want to make money. And never stop learning how to become better at the craft. If you’re passionate about becoming the best storyteller you can be, it’ll show in your books. Readers will definitely take notice.

How did you decide how to publish your books?
I had been traditionally published with a small publisher but decided to go out on my own and self-publish. It’s been a rewarding, demanding, and challenging experience and one that I love!

What do you think about the future of book publishing?
Wow. Tough question. I think publishing will always be a hybrid of traditional and self-published authors, but I couldn’t tell you what I think it will look like one or two or five years from now. One thing I do love is that authors are finally getting more control over their careers and that, if anything, will only grow stronger with time. That’s a good thing.