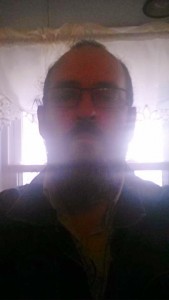 About Tak tse Profit:
The Tak tse Profit spent most of his life observing mankind and most of his adult life in service to mankind. In all those years I have sought to understand why people treat each other the way they do. As a teenager I sought to grasp the importance of understanding perspective, my own and others. As a young adult I sought to ensure the health and safety of others I was involved with as a profession. It was at this point that I began to consider the short term benevolence that is called the Christmas spirit. As time progressed and I became more enlightened I became aware of the selfishness that motivates most people, eventually linking that with greed and avarice. Ultimately, I found myself pitying the vast majority of the human race, and feeling compelled to correct their misguided path. Now over a decade later I find myself trying to convince people to hear the message I have come to deliver.

What inspires you to write?
My long term observation of human behavior left me very disillusioned with those perpetrating most of the misdeeds plaguing many of their victims. The discordance present between those able to easily change their behaviors and circumstance with others unable to make such changes, the greed and Love of money and material possessions influencing their approach to life, and the disdain felt by so many for so many others, created the backdrop for my work. Beyond those numerous factors, the disappointment I had felt following the death of American’s unity following the 9-11 tragedy had destroyed any hope that I had held out for resolving those previously listed issues. In spite of all this despair and lack of hope, my personal outlook and opinion was changed, rather quickly, when my young son reminded me that it was not my choice or right to give up on mankind. He made it clear that I was was required to Love and care for my brothers and sisters well being, it was nearly a revelation. It was clear to me that I needed to remember what it was that I was supposed to believe about people and that I had no choice but to act on it. I saw it as a mission, one that had been given to me, If I was going to care about my brothers and sisters, then I would have to do everything in my power to wake them up, and If I were going to be successful and changing the world I would need the help of as many of them as I could convince of the need. All my books in the series I have began will be inspired to this end: to save mankind from himself.

Tell us about your writing process.
My work is not fictional, but I use an outline to construct my message or as a guide to create a cogent point. After a great deal of research, I find all the data and media sources, logic, and academic and scientific studies that support my general idea. I consider the parts of the mental conversation that would take place between the reader and my work and arrange the facts collected into an outline to support my assertion. I consider my book to be my statement of a position and then the response I would need to give to the probable questions that would be asked following my statement. I try to image and respond to as many of the variations of these questions as I can.

However, I have to keep this fact in mind. I cannot answer every possible question and that some of those questions could lead to much bigger questions or topics. Generally, in such cases I acknowledge these issues and promise to address them elsewhere in the future: either in that book or an entirely different book.

What advice would you give other writers?
My advice is practical. When I began my book I hadn’t purchased a laptop and I only used paper notebooks and a pocket recorder. My advice is do not do this. It does provide a great physical reference during finalization of the book but even if well organized it can be maddening to pour through, and it is so very very time consuming when having to convert to data entry. I advise use of a voice entry software, and limit any hand written notes to small note pads.

Besides that save your money to pay for editing services, that is also a very time consuming process if you do it yourself. Not advised. And finally, begin marketing your book way before you get near to finishing it. Build your audience in advance.

How did you decide how to publish your books?
I never really knew how my book was going to be published when I first started it. I only knew that I had to figure something out because I was not writing the book for the fun of it. My book was being written to help save the world and I had to find some way to publish it. I finally decided to self publish since it was the only guaranteed way to see it in print. But even then I wasn’t sure how I would be able to pay for it. Finally, I received a phone call from a large self publishing company owned by a really big publishing house that gave me an attractive price to publish it for me. I am not sure which is better, publishing or self publishing, but I do feel that if a writer is desperately in need of seeing their book in print; then the self publishing route is a hands down guaranteed method for ensure their goal.

What do you think about the future of book publishing?
I am unsure. I definitely think e-books are the future as readers become more and more affordable but, there is now and will continue to be a significant number of people who want to hold a book in their hands, and display it on their shelves. I don’t know how long that group will remain but it will diminish over time.

What genres do you write?: Philosophy now, short story and graphic novels in the future perhaps.