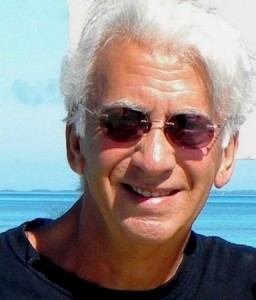 About T.V. LoCicero:
Here’s the conventional version of my bio:

T.V. LoCicero has been writing both fiction and non-fiction across five decades. He’s the author of the true crime books Murder in the Synagogue (Prentice-Hall), on the assassination of Rabbi Morris Adler, and Squelched: The Suppression of Murder in the Synagogue. His novels include the coming-of-age story Sicilian Quilt, the romance When A Pretty Woman Smiles and the crime thrillers The Car Bomb, Admission of Guilt and Babytrick (The detroit im dyin Trilogy), and The Obsession and The Disappearance (the first two in The Truth Beauty Trilogy). Eight of his shorter works are now available as ebooks. These include the stories and essays he has published in various periodicals such as Commentary, Ms. and The University Review, and in the hard-cover collections Best Magazine Articles, The Norton Reader and The Third Coast.

And here’s the “checkered past” version:

At one time or another I’ve found work as an industrial spy; a producer of concert videos for Rolling Stone’s greatest singer of all time; one of the few male contributors to Gloria Steinem’s Ms. Magazine; a writer of an appellate brief for those convicted in one of Detroit’s most sensational drug trials; the author of a true crime book that garnered a bigger advance than a top ten best-selling American novel; a project coordinator/fundraiser for a humanities council; a small business owner; the writer/producer/director of numerous long-form documentaries; a golf course clerk; a college instructor who taught courses in advanced composition, music and poetry appreciation, introduction to philosophy, remedial English, and American Literature—all in the same term; a ghostwriter; a maker of corporate/industrial videos; a member of a highway surveying crew; a speechwriter for auto executives; a TV producer of live event specials; an editorial writer; the creator of 15-second corporate promos for the PBS series Nature; and a novelist.

There is a sense in which that last occupation was the reason for all the others. Almost anyone who’s ever tried to make ends meet as a novelist knows what I’m talking about.

What inspires you to write?
Writing is my way of exploring and understanding life and the human condition. I started writing for newspapers when I was 15, and I’ve never stopped writing, even though at times it has seemed an absurd and less-than-rewarding exercise.

Tell us about your writing process.
I want to know where I’m going, so I outline. I usually start with a story snippet and a character or two, and then I start asking myself questions about them until I know enough to write a 15-20 page, single-spaced summary. Then I get started in earnest, and whenever I feel uncertain, I start asking and answering questions again.

For Fiction Writers: Do you listen (or talk to) to your characters?
My friend Elmore Leonard, for my money the greatest of our crime writers, once told me that he always listens to his character’s voice, and if it’s not interesting or distinctive enough, he/she won’t get into the book in any major way.

What advice would you give other writers?
Don’t write…unless you either love it to death or feel compelled to do it. Then never stop.

How did you decide how to publish your books?
My career as an author began in 1970 with the publication of Murder in the Synagogue, a true crime account of the assassination of Rabbi Morris Adler in a suburban Detroit temple on Lincoln’s birthday, 1966. The book explored the behavior and psyche of a brilliant graduate student—Phi Beta Kappa at the University of Michigan, a Woodrow Wilson Fellow bound for the Divinity School at the University of Chicago—an idealistic but troubled intellectual seeker who accused his audience of 700 congregants of being hypocrites and materialists, and then turned a gun on the rabbi and himself.

Murder was a window on the turbulent 1960s, when one of the hot literary topics was the rise of the “non-fiction novel.” Word was that my publisher, Prentice- Hall, saw my book as a kind of Jewish In Cold Blood, and so in the same year that Mario Puzo got $5000 for what would become The Godfather, I received an advance of $8500.
Upon Publication, Murder drew a number of positive reviews, often in odd, out-of-the-way places, and praise from psychiatric experts, religious figures and academics to whom I sent copies. But the eastern literary establishment seemed to have never heard of it, and sales were slow. Soon I learned that Prentice-Hall had suppressed Murder in the Synagogue, printing 4000 copies from standing type which was then pied or dismantled—the method used for a “limited edition”—and sabotaging its marketing and distribution. It had secretly bowed to pressure from an influential presidential adviser and top Republican fund-raiser.

When a remarkable young woman from Detroit’s Jewish community told me she had heard this wealthy and powerful man tell a group of friends that he had “squelched” my book, I first verified her story and then did what any foolishly high-minded young writer would do. I went to Prentice-Hall, accused them of destroying my book and demanded and secured its rights. Then I wrote another book about what had happened to Murder. Of course, facing a sure-fire, deep-pockets lawsuit from a guy who hung out with the likes of Henry Ford II and Richard Nixon, not one of the agents and publishers I approached would even look at my new book. My once-budding literary career soon withered.
Eventually, I moved on to a busy life as a TV producer/writer/director. Over the ensuing years, my output included more than 50 long-form documentaries, 75 shorter features, 30 live event programs and (yikes!) 600 editorials. Actually I still do some of that kind of work, but I never stopped writing.

And then the world changed. Digital disruption hit the publishing business, and it no longer matters what an agent or a publisher will look at. For 30 years I had lost the manuscript of my book about what was done to Murder, but when it came back to me, I brought it up to date and three years ago offered it as Squelched: The Suppression of Murder in the Synagogue, in both ebook and paper formats. I also published an e-version of Murder, which is available on the wondrous Amazon, along with the 1200 copies of that original hard-cover edition of Murder that I’ve kept in a basement all these years. Once I began self-publishing, I couldn’t stop and have added seven novels and 8 shorts to my list.

What do you think about the future of book publishing?
Anyone who says they know what’s in store for book publishing is blowing smoke up your wazoo. My guess is that the current trends with ebooks and self-publishing will continue, but the really important question is, how will good and worthy books get the attention and reward they deserve? I’ve seen no good answer to that one.