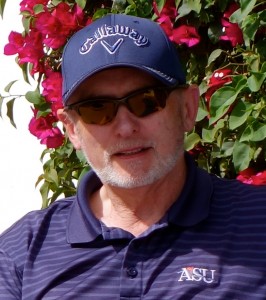 About Stuart Murray:
It has been a long time since I started writing my first book as a teenager. That unfinished work, inspired by a creative desire, was written on a simple pad of paper, then lost, but never quite forgotten. The creative seed remained, dormant, neglected and hidden somewhere in the recesses of a fertile mind. A business career took precedence, along with constructing a life. Then something happened, an incident that could have caused injury or cost lives reignited the spark, and what took shape over the subsequent years emerged as not one, but two books titled Dangerous Perceptions: The Road To Nowhere, and the sequel, Unintended Consequences.

What inspires you to write?
Writing is, for me, a passionate vocation. There exists a belief that despite the many obstacles, blocks and difficulty in pursuing a path that is overcrowded, a niche might be carved out that will assure some small degree of success. I am also inspired by the characters who appear in my novels. They are often flawed, and while they stumble through life and make mistakes they have integrity, and a deep desire to overcome whatever obstacle is thrown at them. I am also inspired by the way they evolve through their pasts, their fears, hopes, dreams and willingness to take a chance and do whatever is required to create a better existence.

Tell us about your writing process.
I am a developer of characters, and through them the writing process evolves in a way that is natural, fluid and constantly changing. No one knows where decisions will lead, there is only an expectation that doesn’t always pan out. And when it fails to develop as envisioned I rework the scene and the direction until it does. That’s my process.

For Fiction Writers: Do you listen (or talk to) to your characters?
No, I don’t talk or listen to my characters. But I certainly envision them clearly and know beyond a shadow of a doubt who they are, what they stand for, their strengths and weaknesses.

What advice would you give other writers?
Follow your dream, try, give it your best shot and see where it leads. But don’t give up your day job. Being an author isn’t easy; it’s only the writing of the book that’s relatively easy. After you do that then the real work begins, and that starts with editing, over and over until you get it right. Then do it again, because it won’t be. Writing is a lonely process, and for most who try, the simply truth is that it won’t translate into success.

How did you decide how to publish your books?
Publishers won’t talk to you unless you have an agent, and agents want published writers, or successful, as in celebrity clients. So it’s a classic catch 22 situation that first of all requires talent, then a whole lot of luck.
That leaves writers with only one clear option, and that is self publishing. My experience, and that of other fellow writers is that self publishing through Amazon, who have 74% of the market simply gets a slot for your book. After it gets downloaded it disappears into a massive library of other works all competing for attention. It’s what you do afterwards that makes a difference.

What do you think about the future of book publishing?
First of all there needs to be a shakeout. There are too many books that don’t deserve to be competing in the first place. The writing is bad, the stories lack substance and characters have none.
Amazon needs to adopt some sort of vetting process to ensure work being submitted meet some set of standards. As the biggest publisher of ebooks they should take more responsibility and perhaps look to Apple’s criteria and approval process which is slightly more stringent.