You are here: Home / Interviews With Authors / Interview with Author – Stephen Jared @stephen_jared 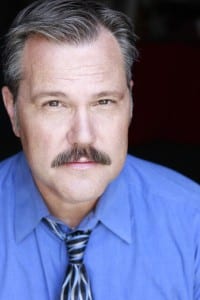 Author Bio:
As an actor Stephen Jared has appeared in feature films, such as He’s Just Not That Into You, and on television in popular shows such as iCarly, 24, and Touched by an Angel (plus commercials for both radio and television). His writings have appeared in various publications. In 2010, his first novel, Jack and the Jungle Lion, received much critical praise, including an Honorable Mention in the 2011 Hollywood Book Festival. Solstice Publishing began releasing his work, starting with Ten-A-Week Steale, hailed as a “fantastic work in the tradition of the old pulp/noir masters”. The Elephants of Shanghai continued on from where Jack and the Jungle Lion left off (the origin story is included in the opening pages of the sequel), and went on to take Second Place at the 2013 Hollywood Book Festival. The Brutal Illusion will be available in 2014.

What inspires you to write?
It’s escapist, but it’s also personal, a way of putting some order to your emotional life.

Tell us about your writing process.
I mix it up. I try not to get too routine-oriented. I think the more it feels like work, like a job, the greater danger any artist faces of creating something stale. So many works of art are very, polished, very professionally accomplished, but dead, uninspired, unmemorable. I think you have to play around, try new things, reach for some spontaneity.

For Fiction Writers: Do you listen (or talk to) to your characters?
I don’t interact. I have one character — Jack Hunter — who I think is funny, and sometimes a good line will hit me, and I’ll think “That’s a funny line, would be great for something for Jack to say in an upcoming book.”

What advice would you give other writers?
I don’t think real writers need advice. You do it or you don’t.

How did you decide how to publish your books?
I self-published and then attracted the interest of a publisher. I think self-publishing is fine. The important thing is to write, get the work out there, and also to not get too focused on one story as so significant. Write a lot of stories, get them out there, wherever you can.

What do you think about the future of book publishing?
I think an author has to think of ways to make money aside from the actual selling of the books. A musician today makes little on records, but can make money on live performance if successful enough. What does an author do? Sell to films? That might work, if it’s a big film company. I don’t know. The internet has opened new possibilities, but diminished the dollar value of most artistic works.

What genres do you write?
Crimes fiction and adventure