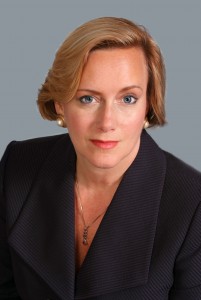 About Solange Ritchie:
When attorney and new author Solange Ritchie isn’t practicing law, you can usually find her penning her next legal thriller. Solange’s first psychological thriller, The Burning Man, featuring FBI forensic pathologist Dr. Catherine (“Cat”) Powers will hit bookstores early next year. Published by Morgan James Publishing, The Burning Man promises to have you on the edge of your seat from the first page.
Born in the beautiful tropical island of Jamaica of a Jamaican father and a French mother, Solange immigrated to the US at age 11. Since then, she has been a dynamic force for change. Fed up with thrillers that start with a fizzle and longing to see more power women as lead characters, Solange decided to create her own characters. Despite the demands of a busy legal career with her husband, Steve Young, she accomplished her ambitious goal by rising each morning to write before work, dedicating her weekends to writing and even spending her vacation time writing.
Words have always been Solange’s passion. Now so, more than ever.

What inspires you to write?
I write because writing is a journey into self-discovery and also makes one more aware of those around us. Writing in its essence is about creating a world and taking the reader with you to this new and magical place. It is about having them experience with you the smells, sounds, senses, temptations of that new world. It is about sparking their imagination. And ultimately, it is about having them fall in love with your characters and your world and leave them wanting more.

Tell us about your writing process.
I am a combination outliner and seat of the pants writer. By this, I mean, I always know my opening scene and my ending scene of the book. I do a lot of research before I write which helps make the characters more authentic, as well as makes these scenes “sing.” Then I allow the characters to speak to me as the story unfolds. I do not do character sketches. I do not use outlining software.

For Fiction Writers: Do you listen (or talk to) to your characters?
I close my eyes many times and put myself in the scene. There is a scene in The Burning Man where Dr. Catherine (“Cat”) Powers has to deal with a body that has been floating in the ocean for sometime. In writing that scene, I repeatedly asked myself about her senses. What would she be hearing? What would she be seeing? What would the waves and sand under her feet feel like as she waded out to the body? What would be the sense of dread she would feel knowing another body has been found? How bad would it be? These kinds of questions that make for good writing. I try to use them in every scene.

What advice would you give other writers?
I have learned to never quit and never surrender. This is my personal motto. Write no matter if you think what you are writing is terrible. Even in days when the “juices” aren’t flowing, go back and edit work you have already written. You will be surprised how many times you miss-type something especially at 130 words a minute. Surround yourself with a supportive group of like-minded writers. Never be ashamed to take criticism. It will make you a better writer. Learn from those who have gone before. Be humble in your craft. Hire people who come well recommended in the industry. They are golden. Finally, trust yourself to put out good work.

How did you decide how to publish your books?
I had a different journey. I wrote two full length suspense novels but neither was picked up and frankly I didn’t know what I was doing. As an attorney, rather than getting an agent, I went straight to a mid-sized publisher, met their acquisitions editor at a conference, pitched The Burning Man story line and main characters. Two weeks later, I sent him the first two chapters and after that the full manuscript which he requested. A year and half later, The Burning Man will hit bookstores on September 15th. I am thrilled. I have already penned the second, third and fourth novels in the series.
I felt like for me a hybrid traditional publisher was best. By this I mean, the publisher I am working with gives me more control about the book cover design, wrap and lay out. I have nothing against Indie publishers. I admire them. But as a full time lawyer by day and thriller writer by night, I simply did not have the time to handle the self-promotion/marketing aspects that self-publishing requires as well as holding a full time intensive trial law schedule.

What do you think about the future of book publishing?
I think the industry is changing for the better. While the stand alone book stores are going away, I find more and more young people are turning to reading on their Kindles or whatever. I can’t tell you how many people asked when is The Burning Man coming out in Kindle. Indie publishing has a new place of respect in the business, as it should. Television and movies seem to be putting out the same old stuff as far as story lines, so I think books and a great story line are where it’s at and will remain for many years to come.