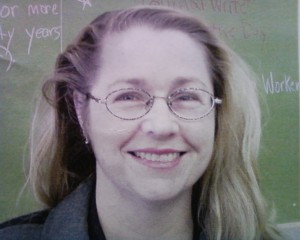 About Sherrie Miranda:
Sherrie Miranda is an author who writes in order to create more peace and understanding in the world. She is a teacher who has taught students from many countries of the world. She is also a life and writing coach and hopes to soon find a way to help seniors and troubled teens write their life stories.
She loves to travel and first traveled to other countries before finally deciding to see some of the U.S., places that foreigners she met had been to, but that she hadn’t.
She is happily married to a teacher who identifies himself first, as a musician. They hope to someday travel together to places where she reads her novel(s) and speaks to people about writing and life while Angelo plays his piano and entertains the audience.
Life has much to offer so she always encourages young people to hang in there and know that things WILL get better.

What inspires you to write?
The Salvadoran people, especially those I knew personally, inspired this novel. In the 80’s, I was a rather morose young woman, often feeling sorry for myself. Then I met some Salvadorans (I was married to one for about 10 years), I went to El Salvador and I learned about people like Archbishop Romero and the poet of the Left, Roque Dalton. All of these experiences made me determined to write this story.

Tell us about your writing process.
I first tried to write a screenplay that a professor said sounded a lot like “El Norte.” It did have a brother and sister, but that was about it as far as being like that beautiful movie. But as time went on, I knew it had to be about an American who goes to El Salvador during the civil war there. I wrote a step-ouline for a screenwriting class and finally realized the story had to start in El Salvador, not back in New York, during my protagonist’s childhood (though I may eventually write that story too). I made cards for a screenwriting class that I took while working on my MFA in Creative Writing, and later was able to use them to help me write the novel.
Most of the characters just spoke to me to get started. Then I had to go back and see how much of what they said needed to be in the story. I ended up adding to those “secrets and lies” in order to have some kind of closure for most of the characters. I even brought the American marine back at the end of the story.

For Fiction Writers: Do you listen (or talk to) to your characters?
Yes, I listen to my characters. I usually did a short meditation before writing what the character had to say. It often made me cry. I suppose I must have known some of these characters or they were a compilation of people I knew.
I have always been a good listener. I find people and their stories fascinating. What was difficult was “hearing” these sad stories. It made me really happy when I decided to follow up on their stories and they often had semi-happy endings.

What advice would you give other writers?
I have learned that you can never edit enough. And it is important to finish your editing before sending it off to the editor. After my novel was uploaded on the sites to be sold, I found about ten more mistakes. I had to pay extra to have them downloaded, corrected and re-uploaded.
I have also learned that there is a point when you have to “let go” and move on. You can not continue worrying about the book and how it’s doing. Of course, I hired a publicist so that helped and I must admit that I still try to get the book out where the public will see it. But sometimes that backfires.
I have learned to be gracious, to say I’m sorry and to be very thankful of people’s kind words.

How did you decide how to publish your books?
I had been looking for an agent the entire time I was writing the book, before even the 1st draft was done. I had one agent ask for a partial but since it still wasn’t ready, it got rejected. Once I did the Kickstarter campaign, I had several writers who were willing to give me advice about what to do and who to talk to.
Still, I almost signed up with a vanity publisher. Fortunately, I was put on hold as there was a shift change. At that point, I started looking at their published books and saw that they cost between $25 and $50! There was no way I would feel right asking people to pay that kind of money. (I’m a bit of a miser myself – I often buy used hard covers in perfect condition, read them, then give them as gifts.)
I contacted one of the published authors and he told me to “Stop,” that we could have a phone conversation and he would tell me who to use, along with their contact info. I ended up using the editor and cover designer he suggested. The cover designer also did the formatting and uploading. I also contacted his publicist who referred me to someone local. That’s been great as she actually organizes local events. Now a friend is working with her too, so that makes it even more fun to do these events.

What do you think about the future of book publishing?
I think that things were bound to change. Many of us were locked out of the publishing business because the agents and publishers didn’t want to take a chance on an unknown. The problem now is that many people self-published before their book was ready. That ends up giving all self-published authors a bad name. Plus it’s hard to find the great writing among all the mediocre stuff.
But it happened with music. It happened with films. It eventually had to happen with books too.
I don’t think we will ever go back to the old way. It no longer works for the majority. It will be exciting to see how things continue to change.

What genres do you write?: My debut novel is a historically-based, coming of age, Adventure story. The next one will be similar but take place in my home country, the USA – New Orleans.