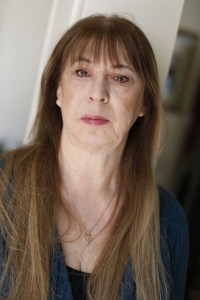 Author Bio:
Like her fictional character Claudia Rose in the award-winning Forensic Handwriting Mysteries series, Sheila Lowe is a real-life forensic handwriting expert who testifies in handwriting-related cases. She holds a Master of Science in psychology and is licensed to provide continuing education for marriage and family therapists. She also authored the internationally acclaimed The Complete Idiot’s Guide to Handwriting Analysis and Handwriting of the Famous & Infamous, as well as the Handwriting Analyzer software. Sheila lectures around the country and is often seen in the media. Her analyses of celebrity handwritings have appeared in Time, Teen People, Tiger Beat, Us, Mademoiselle, numerous Bar Association magazines (that’s legal, not drinking!), and many others.

What inspires you to write?
It seems to be a compulsion, but I don’t do it for pleasure. The writing process is not fun for me, and I wouldn’t do it just for myself. I want other people to get enjoyment from my work, which readers seem to do, thank goodness.

Tell us about your writing process.
I am an outliner. I tried writing my 3rd book, Dead Write, by just writing it. The trouble was, after about five months I had only 3 meandering chapters and a looming deadline. I started over, wrote an outline and delivered the book to the publisher on time. My outline, though, is pretty loose. When I reached the middle of Dead Write, I realized that what I had planned for the ending needed to come there. So I had to write a new ending and a lot of what came in between.

With my new book (#6), Inkslingers Ball, I was writing from three points of view, so an outline became an even more valuable tool.

For Fiction Writers: Do you listen (or talk to) to your characters?
I’ve heard lots of authors talk about their authors having chats with them. Although my characters are very real to be, I can’t say we hold conversations. I visualize a scene and try to empathize with the emotions of each character in the particular situation so I will know how to get those feelings on the page.

What advice would you give other writers?
Leave out most of the adverbs; they weaken the writing. Use whatever process works for you and don’t let anyone else tell you how you “should” write.

How did you decide how to publish your books?
It took seven years for me to get the first book in my series published. I’d been trying for a big house, and got several encouraging rejections (if rejections can be called encouraging), but it was a small startup house, Capital Crime, who published Poison Pen. That book got a starred review in Publishers Weekly, which led to a four book deal with Penguin. I figured that now I had arrived! Not so. While I was writing book four, Last Writes, my wonderful editor left. The editor who replaced her was not interested in my series and dropped it.

I self-published my next book, a standalone in which my series characters play a secondary role. I hoped to attract another mainstream publisher, and again, got some nice rejections. That brings us up to the present. I was lucky enough to meet John and Shannon Raab, publishers of Suspense Magazine. I learned they had recently started publishing books and they have just released my new one, Inkslingers Ball.

What do you think about the future of book publishing?
I wish I had a crystal ball that would give the answer, but it seems that small publishers and self-publishing is the big wave of the future. Big publishers may be going the way of Borders bookstores. I see small indy stores popping back up, which is just great.

What genres do you write?
Mystery-suspense, and nonfiction about handwriting analysis